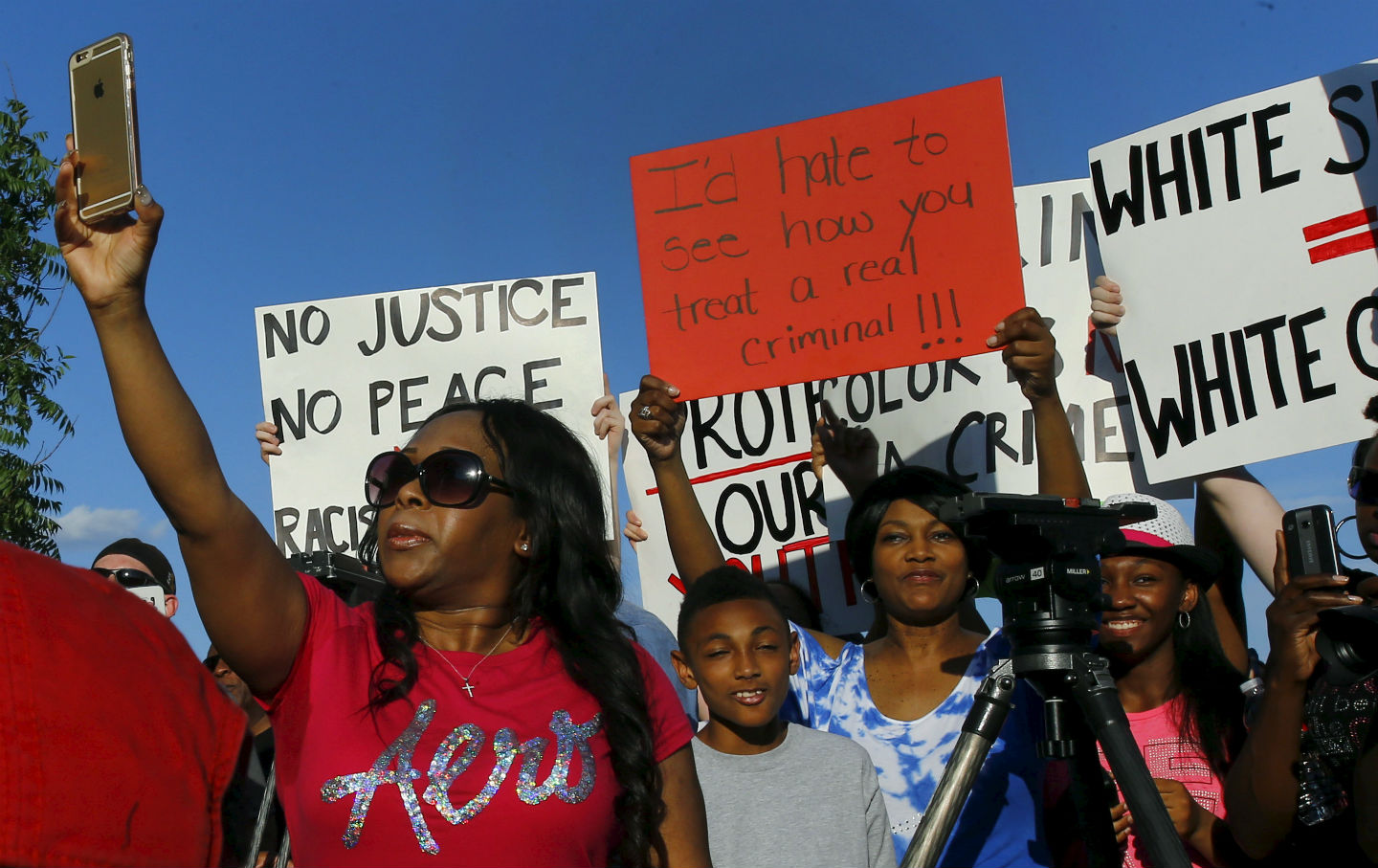 With two news events occurring within days of each other, Texas is showing the rest of the country what happens when unchecked state power tramples the bodies of women and girls. Both those committed to preserving access to legal abortion and those committed to eradicating police abuse have their eyes trained on the state.

On Tuesday, a federal appeals court upheld part of House Bill 2, a 2013 state law that requires abortion clinics to conform to hospital-like standards that providers and advocates say are costly and unnecessary. In the wake of the ruling, only eight clinics will remain open, with people in the western half of the state forced to travel long distances to access services. Prior to the passage of HB 2, Texas had 40 operating licensed clinics. The closures mean that hundreds of thousands of women of reproductive age now live more than 200 miles away from an abortion provider. Prior to the law’s passage, no Texan lived outside that range.

As a concession to the needs of communities in south Texas, the court ruling will allow the last clinic in the Rio Grande Valley, which does not meet these ambulatory surgical center (ASC) standards, to remain open for the time being. According to a statement from the National Latina Institute for Reproductive Health, this is an outcome “offering limited consolation to women struggling to access care.” The statement continues: “While we are proud of the role our testimony played in keeping the McAllen clinic open for now, the overall impact of HB 2 will be devastating for Texas Latinas.”

The Texas state legislature, through its passage of HB 2 and other attacks on reproductive health services, is steadily dismantling the ability of women and girls to control and feel safe in their own bodies. This week we’ve seen what this abuse of power looks like on a smaller scale. By now everyone with access to a screen (and the ability to bear witness) has seen video of Officer Eric Casebolt throwing 15-year-old Dajerria Becton onto the ground following a pool party in a Dallas suburb. Observers have analyzed the vitriolic language and extreme physical force he uses while pushing her face into the ground and kneeling on her back. Casebolt can be seen doing other inexcusable and confounding things in the video, such as waving his gun at unarmed onlookers. But the most disturbing part of the encounter is the officer’s handling of the bikini-clad teenage girl, the way he yanks her braids and twists her arm behind her back, the way he leans his weight into her body as she cries and asks someone, anyone, to call her mother.

Seeing an adult man—a white police officer at that—overpower a young black girl a fraction of his size causes a visceral response in many of us, especially those of us who have tracked the many instances of police abuse of black Americans that have garnered national attention in the past year. Casebolt’s attack highlights the vulnerability too many black women and girls experience at the hands of police—even when they’re doing something as innocuous as enjoying themselves at a pool party. That outrage may build upon hearing that this same officer has been accused of racially profiling a black driver and probing the man’s “private areas” in public view during a roadside search in 2007. And frustration over this latest incident remains for many, even though Casebolt has resigned from the McKinney Police Department. He has yet to be charged with a crime.

For women and girls in Texas—especially for those who are black, Latina or poor—it must feel like the power of the state is rarely on your side these days. In McKinney, we saw a representative of the state show complete disregard for a black girl’s right to bodily integrity. It’s less of an immediate, dramatic blow, but HB 2 reflects a similar disregard. With both the McKinney pool fiasco and the unrelenting attack on access to abortion, the state has overstepped its bounds. As a result, women and girls are less safe.

Fifty years ago, as Nina Simone put it, everybody knew about Mississippi, Goddam. Now it seems Texas is the place to watch with righteous indignation and a heavy heart.