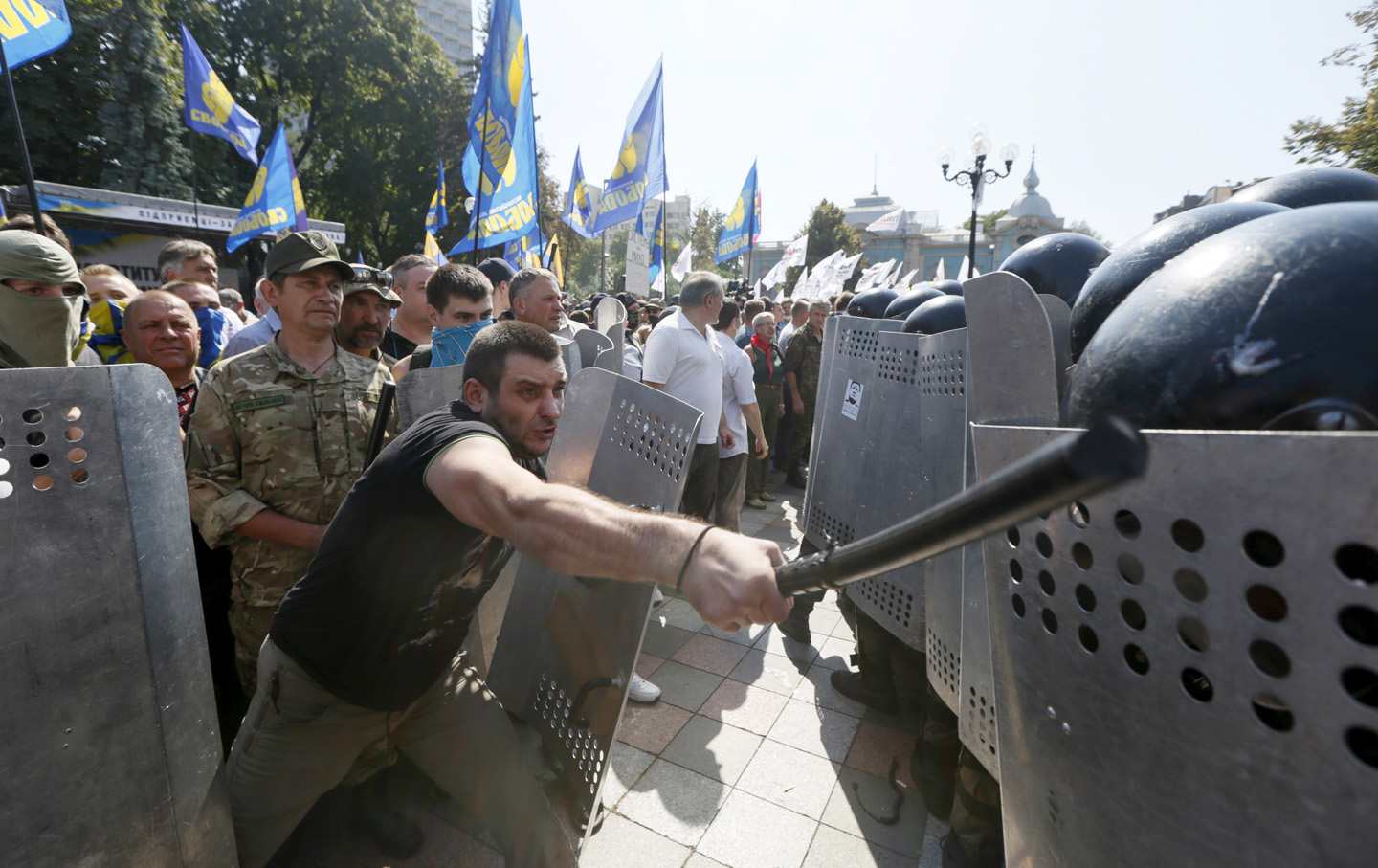 Demonstrators, who are against a constitutional amendment on decentralization, clash with police outside the parliament building in Kiev, Ukraine on August 31, 2015. (Reuters/Valentyn Ogirenko)

Nation contributing editor Stephen F. Cohen and John Batchelor continue their weekly discussions of the Ukrainian crisis and the New Cold War. The main focus is on the August 31 ultra-nationalist protests against the government’s proposal to grant considerable autonomy to Ukraine’s insurgent Donbass regions, as called for by the Minsk agreement to negotiate an end to the civil war. Having resulted in violence and a number of deaths, the event reflects the profound contradiction in both the “Maidan Revolution” and its current government between forces seeking a Europeanized multi-ethnic Ukraine and those in pursuit of a purified ethno-nationalist Ukraine in opposition both to Russia and the West. As a result, a second civil war is unfolding in Ukraine, a “second front” as it been called, which also portends a deepening crisis both of the US-backed Kiev government and US policy itself. Washington’s two men in Ukraine become weaker by the week, President Poroshenko unable to fulfill his obligation to implement the Minsk agreement and Prime Minister Yatsenyuk so unpopular he has withdrawn his party from upcoming local elections. Nor are the violent protesters marginal figures. Their representatives sit in the parliament and command armed battalions on the Eastern front. Meanwhile, abetted by a front page New York Times article on August 30, forces in Washington virtually declared another new Cold War front against Russia—this one in the Arctic.