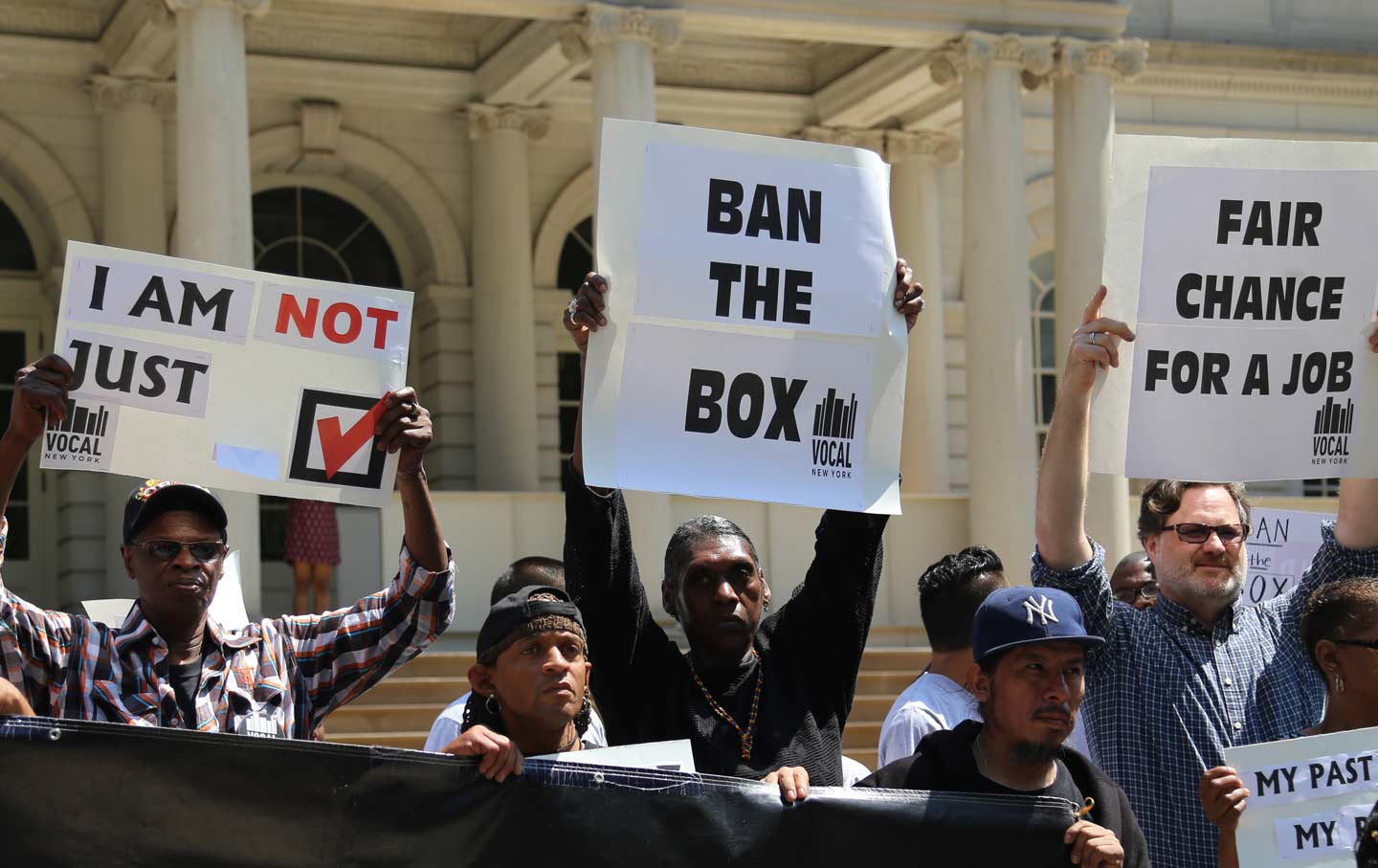 On September 14, State University of New York Chancellor Nancy Zimpher announced to great fanfare a major policy revision: SUNY’S 64 campuses would finally “ban the box”—eliminate from its 2018 admissions application the requirement to report a past felony conviction. Students, faculty, and advocacy organizations had long pushed for the change, part of a national movement to ban all boxes for education, employment, and housing.1

Ticking SUNY’s felony box triggered a separate and grueling admissions process. Applicants have been asked to supply reams of information, including documents that either do not exist or are highly difficult to obtain. These have included confidential juvenile records, reports from nonexistent prison psychologists and therapists, and personal evaluations from distant prison wardens overseeing thousands of people known by number only. Extensive and often demeaning interviews by secretive Admissions Review Committees seal the process.2

The result has been to block applications for decades. As a report by the Center for Community Alternatives unearthed, almost two-thirds of those who have answered “yes” to the box never completed the application for SUNY. My own SUNY-Binghamton’s “felony application attrition rate” is an astounding 91 percent, with formerly incarcerated students recounting to me in grim detail the travails of the application process. As the center’s report documents, moreover, there is no empirical evidence to suggest that criminal-history screening produces safer campuses.3

Like many others, I celebrated on hearing of the SUNY Trustees’ vote to ban the box. But I was puzzled. SUNY press releases and media reports announced a new policy: Students will have to tick a box for a felony record “only” if they seek on-campus housing or participate in internship, clinical, field, or study abroad programs. But what might this mean? After reading SUNY documents and watching hours of trustee-meeting videos, it is hard to avoid the conclusion that the box has simply been moved further down the line.4

This is the rub: These “only” activities are required of almost all students and certainly recommended for all. On my campus all first-year students are required to live on campus and over half of all undergraduates do so. About 20 percent of our students study abroad, licensing is required for many occupations (although state law bars excluding those convicted of felonies), and internships are recommended in almost all fields—indeed, Chancellor Zimpher just announced a new initiative to require all SUNY undergraduate students to complete an internship prior to graduation.5

In short: It is hard to see how any student could avoid triggering a new felony box. And as the new regulations dictate, to admit to a past felony leads to another special committee armed with demands for yet another long list of documents and a personal interrogation. While well-intentioned, the new policy all too easily renders the formerly incarcerated segregated, second-class students, excluded and alienated from normal student life and social rights.6

In the mid-1990s, New York, like other states and the federal government, ended all higher education in prisons, and made moves that served to exclude the incarcerated from higher education after they were released. They succeeded: By the end of the 1990s New York was incarcerating more black and Latino men than were attending SUNY, and sending more into prisons every year for drug offenses alone than were entering all SUNY campuses. Today one in three black men have a felony conviction. We don’t need to revise these policies; we need to reverse them and ban the box for real, everywhere.7