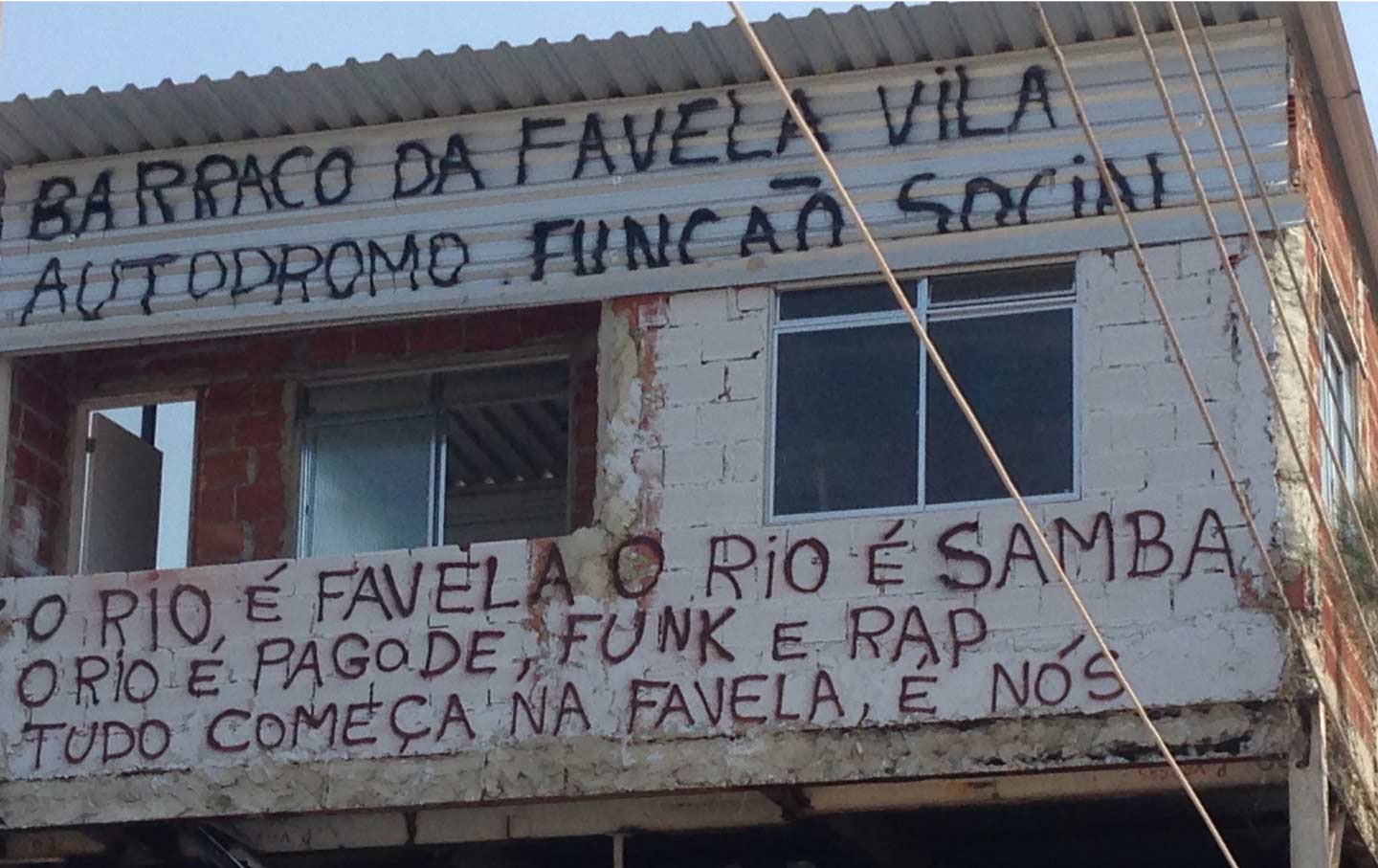 Translation: “A hut in the Vila Autódromo favela has a social function. Rio is the favela. Rio is samba. Rio is pagode, funk and rap. Everything begins in the favela. It’s us!” (Dave Zirin)

When I visited Vila Autódromo in May, there were only two dozen houses left amid rubble as the city was trying to sweep away the last holdouts. These were the people who resisted pay outs, police violence, and all matter of carrots and sticks. Finally, the city caved and built two dozen alabaster homes on the land to avoid the embarrassment of a forced removal concurrent with the arrival of the international media. 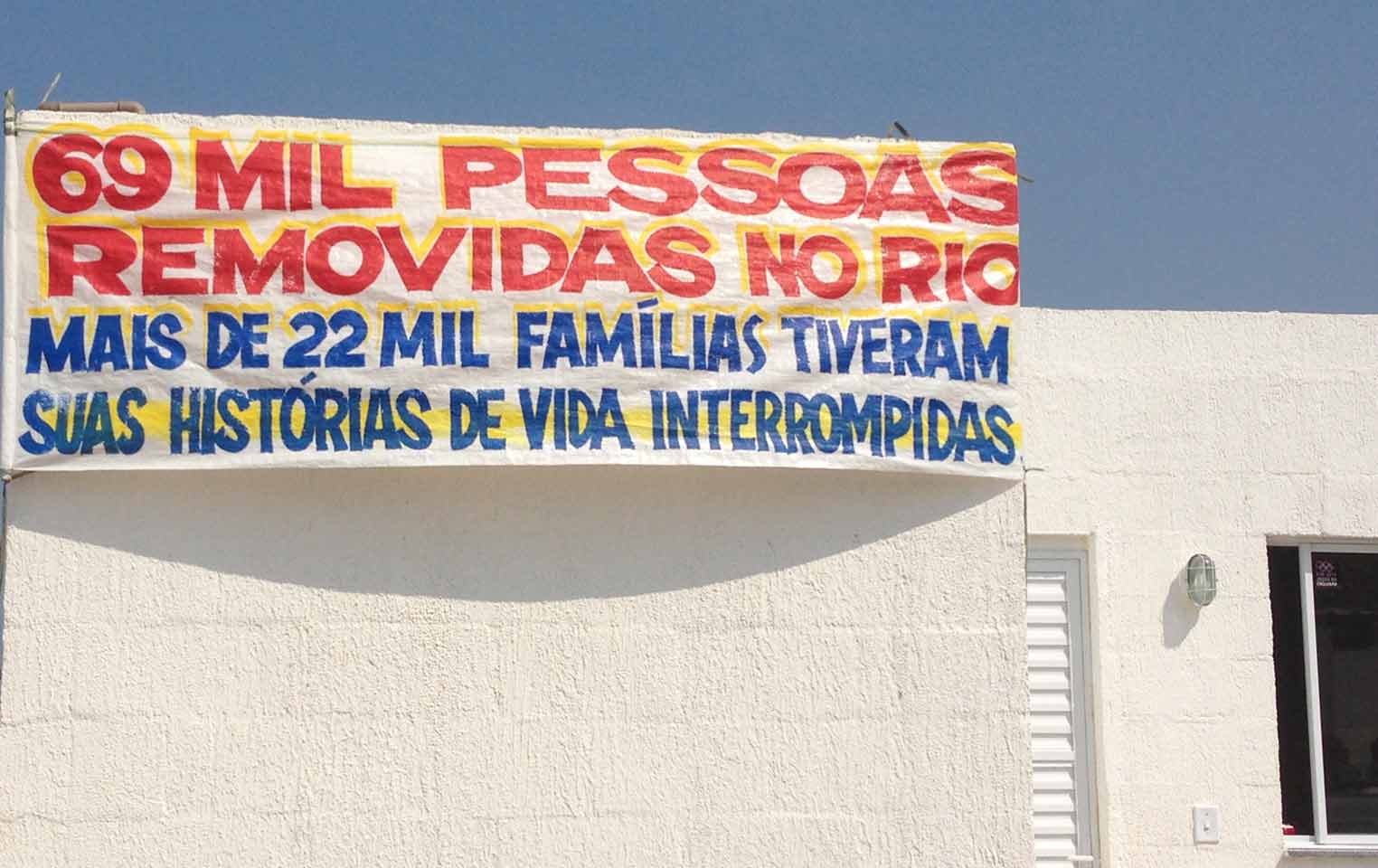 Vila Autódromo, once absolutely distinctive, now looks like an odd hybrid of favela and pre-fab suburbia: white-picket-fence precarious living on the edge of a polluted canal and Olympic sprawl.

All of this is in the Barra zone, which resembled more the worst of Miami Beach than Rio and is trying to be further developed as a new city center for the rich. 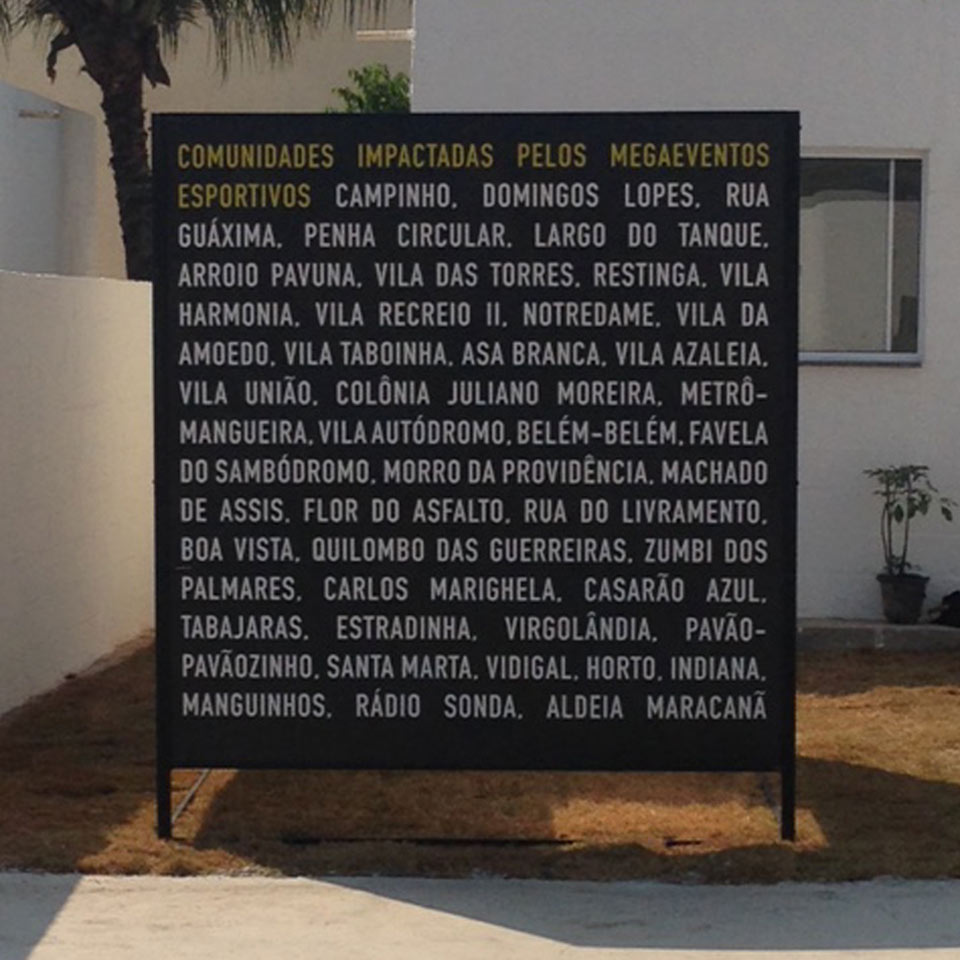 But Vila Autódromo will not be forgotten. No sooner were their new bleached homes built than they wrote political messages across their walls and set up a Museum of Removals so the memory of their struggle—and the struggle of other communities affected by the Olympics—would not be forgotten. And it’s a mere five-minute walk from the Courtyard Marriott where many members of the media are staying. 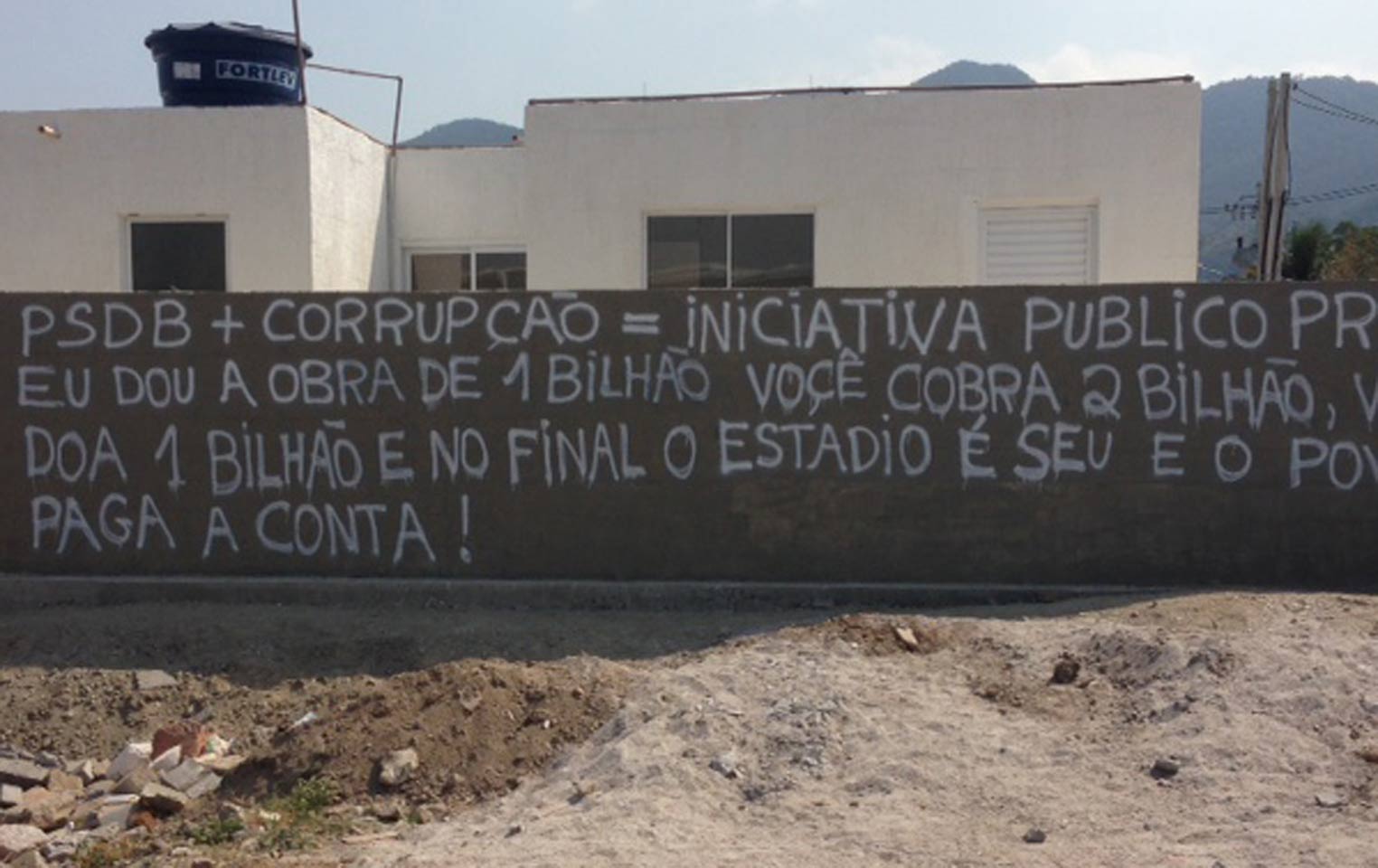 Translation: “PSDB + corruption = public privative initiative. I give you a $1 billion project. You charge $2 billion, then you donate $1 billion. And in the end the state is yours and the people pay the bill.” (Dave Zirin)

On Saturday at 4 pm, there will be a demonstration held by the community that would not bow down to the Rio city government or the International Olympic Committee. This is Vila Autódromo, once a self-contained neighborhood of 650 families that became inconvenient for the city’s 2016 Summer Olympic plans. There was a decade-long effort to displace them at the behest of Olympic organizers as well as real-estate developers, and now there are only 24 families left. On Saturday they will make an effort to be heard.