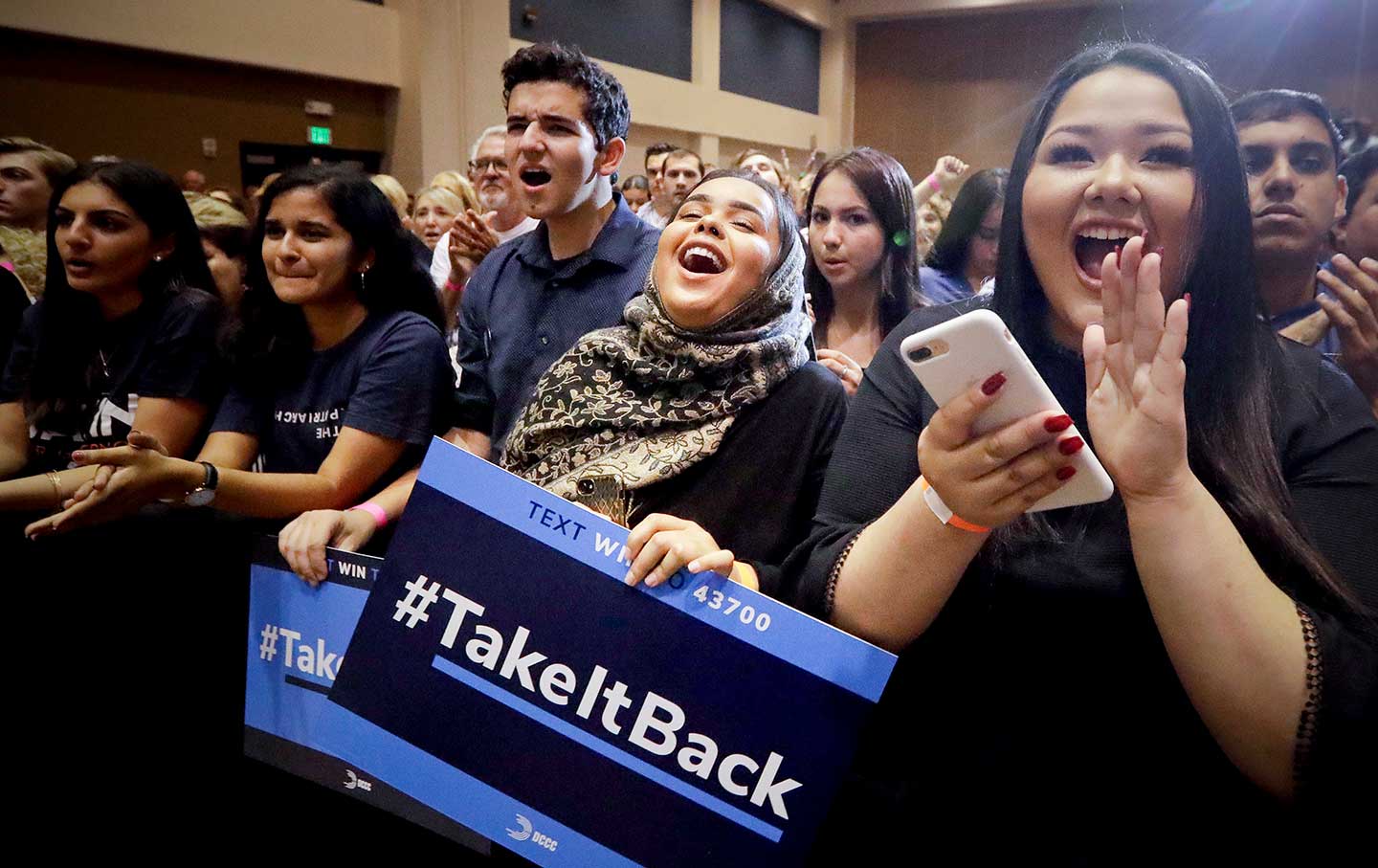 Supporters of Gil Cisneros, a Hispanic Democrat who went on to win the US House seat in the 39th District in California, cheer at a rally on the Cal State Fullerton campus in Fullerton, October 4, 2018. (AP Photo / Chris Carlson)

Orange County, California, was the political starting point for Nixon, for the Barry Goldwater presidential campaign, and for Reagan—as Republican as any place in America. But starting in January, not a single Republican will represent Orange County in the House. It’s solid blue. Gustavo Arellano will explain how it happened—he’s a weekly columnist for the Los Angeles Times, and wrote the legendary column “Ask a Mexican.”

Also: Mass demonstrations in America, from the 1963 March on Washington to the 2017 Women’s March. What protests do when they work, and why: L.A. Kauffman explains. Her new book is How to Read a Protest: The Art of Organizing and Resistance.

Plus: Cities providing sanctuary for people the federal government is trying to arrest and return to the oppression they had escaped— today’s battles over Trump’s attacks on undocumented immigrants have some striking parallels with the battles over fugitive slaves in the decade before the Civil War. Andrew Delbanco comments—his new book is The War Before the War: Fugitive Slaves and the Struggle for America’s Soul, from the Revolution to the Civil War.