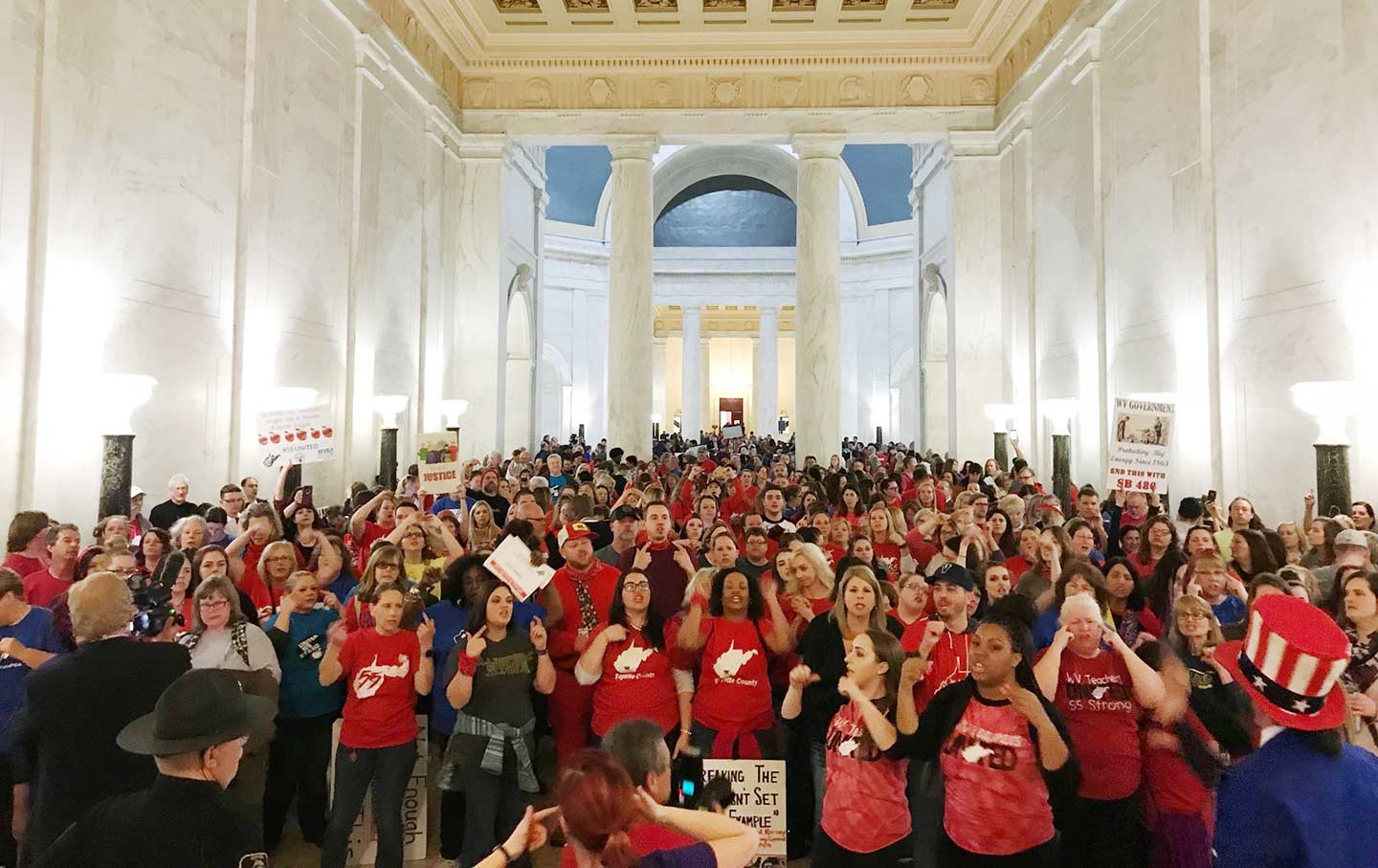 Labor Day is the traditional starting point for the fall election season. Once upon a time, that meant that leaders of both major parties would be competing for the support of unions and their members. Democrats and Republicans were once so ardent in their pro-labor messaging that President Franklin Roosevelt observed in the mid-1930s that “It is now beyond partisan controversy that it is a fundamental individual right of a worker to associate himself with other workers and to bargain collectively with his employer.”

Today, everything has changed. And not for the better. In the face of globalization, automation and a digital revolution, union representation is more necessary than ever. Yet the political debate over labor rights is now deeply divided and badly warped.

With top Republicans identifying their party as an explicitly anti-union party, federal and state elections have become battlegrounds in which labor rights are at stake. There have been some redemptive wins, like the recent overturning of a so-called “right-to-work” law by voters in Missouri. But there have also been devastating defeats in historic labor strongholds such as Wisconsin and Michigan. Those states now wrestle with wage stagnation, even as the economy is supposedly booming.

“It is now beyond partisan controversy that it is a fundamental individual right of a worker to associate himself with other workers and to bargain collectively with his employer.” —Franklin Roosevelt, 1935

Union membership has always been associated with economic advancement, and it still is.

Unfortunately, that fact matters less to Republican zealots like Wisconsin Governor Scott Walker than the idea that busting unions might benefit them politically. Republican governors have used their positions to undermine institutions that challenge corporate power. And Democratic governors have too frequently been fair-weather friends who talk a good game but fail at critical moments to fight for labor rights. This is bad for workers as well as for the long-term health of the economy in states such as Walker’s Wisconsin.

Labor unions in America get a bad rap. In Europe, they are viewed as an important part of the overall economic landscape, and a key reason wages have remained high in the face of global competition. Sadly, in the US, employers typically see unions as sclerotic enforcers of rigid and antiquated rules, entities to be squashed rather than worked with. Donald Trump certainly agrees. Getting rid of what’s left of the American labor movement has been a public goal of his.… Meanwhile, Democrats failed to even mention the word union in their new ‘Better Deal’ economic plan…

But there are signs that at least some Democrats recognize the need to explicitly and aggressively stand up for organized labor. Democratic gubernatorial candidates like Ben Jealous in Maryland and Andrew Gillum in Florida have been outspoken in their support of labor rights. And some of the most interesting fights are shaping up in the battleground states of the Great Lakes region, where so much damage has been done by Republican governors.

In these states, Democrats are finally realizing that they need to go big in their support of unions. It is not enough to tepidly suggest that they might undo the worst of bad policies in a state like Wisconsin. They have to undo the legacy of neglect that weakened unions even before Walker launched his Act 10 assault on public-employee unions in 2011 and his so-called “right-to-work” attack on private-sector unions and their members in 2015.

Wisconsin Democratic gubernatorial nominee Tony Evers is getting specific on labor issues. “Tony opposes Act 10, Right-to-Work and changes made by the GOP to Wisconsin’s prevailing wage laws,” his campaign declares. “He also would support repealing legislation that eliminates the opportunity for local communities to pass living wages and other pro-worker protection policies.”

The party’s nominee for lieutenant governor has a campaign biography that begins by explaining that “Mandela Barnes, a Milwaukee native, was born in the city’s poorest and the nation’s most incarcerated zip code. The difference for him was opportunity. He was raised in a middle class union household…” He continues:

I am running for Lieutenant Governor to continue amplifying the collective voices of workers organizing to build power and raise wages.… Wisconsin deserves leaders who will stand in solidarity with workers. During the Fight for Fifteen, I was grateful for the opportunity to march the picket lines alongside low-wage workers and speak out at rallies demand $15 as a wage floor for all workers. As Lieutenant Governor, I will both push legislation to improve the standard of living for all workers and show up to march the picket line when workers make the call.

Mandela Barnes’s message ought to go national. Like every state, Wisconsin needs elected officials who will stand in solidarity with unions because it’s the right thing to do and because some economic realities cannot be denied. No matter how much energy Scott Walker and his cronies may put into spinning the debate against organized labor, they cannot change the fact that the surest way to achieve high wages in the face of global competition is to build and maintain strong unions.