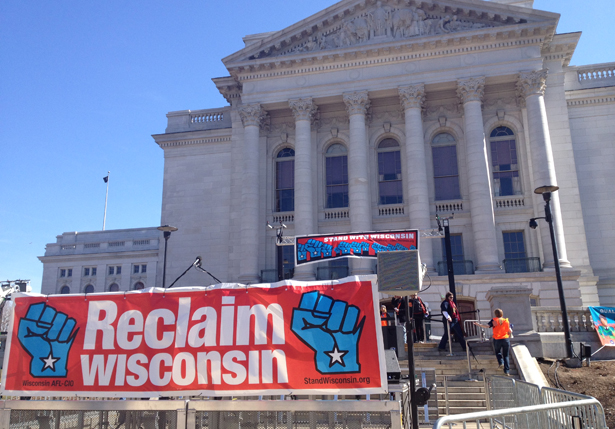 With a decision to block implementation of Wisconsin’s controversial voter ID law for the 2014 election, the United States Supreme Court has opted for common sense and democracy over chaos and disenfranchisement.

After a wild judicial ride that saw the Wisconsin law rejected by a federal judge, approved by an appeals court panel, wrangled over by the full appeals court and then finally moved toward an unexpected and rapid process of implementation in time for the state’s high-stakes November 4 election, the Supreme Court pulled the brakes. In an emergency ruling, the High Court’s 6-3 decision vacated the appeals court ruling, preventing the law from going into effect before it can be reviewed. (The only dissents came from rigidly conservative Justices Samuel Alito, Antonin Scalia and Clarence Thomas.)

Walker, who is seeking re-election this year (even as he prepares to campaign for the 2016 Republican presidential nomination), has steadily defended the voter ID law, just as he has counted on its implementation in time for the November 4 election. For the governor, the High Court ruling is a serious political and policy setback.

For civil rights and voting rights activists, however, it a striking victory. They welcomed the Supreme Court’s ruling as recognition of a reality stated by League of Women Voters of Wisconsin executive director Andrea Kaminski: “Clearly there was not enough time for election officials to educate voters, prepare new materials and implement the law in the short time before the November 4 election.”

Legal and practical concerns about last-minute disruption of the voting process may explain what would otherwise seem to be a confusing pattern of decisions by the High Court, which on Wednesday voted to reinstate voting restrictions in North Carolina. (Another decision, on Thursday evening, by US District Judge Nelva Gonzales Ramos, struck down the Texas Voter ID law, which the jurist dismissed as a “poll tax” that would create “an unconstitutional burden on the right to vote”—especially for Latino and African-American citizens.)

The United States has uneven voting rules and regulations from state to state, and even within states. This invites abuse and disenfranchisement, and the courts and Congress have a broad responsibility to address dysfunctional and discriminatory electoral practices. That responsibility becomes even greater when late-breaking rule changes upset the orderly conduct of elections.

Concerns about chaos in Wisconsin this fall were real—and widespread.

There are plenty of reasons to oppose the sort of voter ID laws that make the simple process of registering and voting more costly and complicated for students, the elderly and people of color. But the chaos factor provided a unique reason for opposing the implementation of Wisconsin’s requirement that voters show government-issued photo identification in order to vote: the chaos factor.

Against strenuous objections from the state’s civil rights, voting rights and good government groups, and from responsible legislators in both parties, Governor Scott Walker and his allies developed one of the most restrictive voter ID laws in the nation. But it got tripped up in the courts and was finally struck down by US District Judge Lynn Adelman.

In a seventy-page decision that was broadly hailed by voting rights activists and legal scholars, the Milwaukee-based federal jurist ripped the law as not just unnecessary but damaging to democracy.

“There is no way to determine exactly how many people Act 23 [the voter ID law] will prevent or deter from voting without considering the individual circumstances of each of the 300,000 plus citizens who lack an ID,” wrote Adelman, a former Wisconsin state legislator with a deep knowledge of the state and its electoral rules and political values. “But no matter how imprecise my estimate may be, it is absolutely clear that Act 23 will prevent more legitimate votes from being cast than fraudulent votes.”

That should have been the end of voter ID in Wisconsin. But then a three-judge panel of conservative Seventh Circuit appeals court judges reinstated the law and declared, “The State of Wisconsin may, if it wishes…enforce the photo ID requirement in this November’s elections.”

The state so wished, and chaos ensured. Plans to mail absentee ballots were suspended. University officials scrambled to figure out which student identification cards were valid for voting, and which were not—and to figure out if additional paperwork was required for those seeking to cast ballots. State and county officials made emergency demands for resources to implement a radical change in voting procedures in a state that has traditionally erred on the side of making voting quick and easy. State agencies were inundated with questions about what sort of ID was needed. Officials in major cities made preparations for long lines and a confusing, chaotic and frustrating Election Day. Civil rights activists worried—even as they scrambled to address the mess—that state Representative JoCasta Zamarripa, D-Milwaukee, would be proven right in her assertion that “this ruling will disenfranchise Wisconsin voters and lower voter turnout in this fall’s election.”

At every community event or forum where I spoke in Wisconsin during the last weeks of September, I was asked questions about the voter ID law. What I said was that no matter how people felt about the law, they should be opposed to its last-minute implementation in so chaotic and dysfunctional a manner. While other states had time to prepare for the implementation of new voter ID requirements imposed by Republican legislators and governors, Wisconsin had not, since the assumption was that Judge Adelman’s highly  praised ruling would carry the day.

Congresswoman Gwen Moore, D-Wisconsin, implored the state’s Government Accountability Board, which oversees elections, to delay implementation of the new law until after the November 4 election—arguing that to rush implementation would “create widespread confusion for voters and election officials.”

Walker and his allies rejected the common-sense proposal for a delay.

But the US Supreme Court accepted the logic of the appeals for a delay, with an emergency intervention that Lisa Subeck, the executive director of the activist group United Wisconsin, hailed for preventing voter suppression.

“In a blatantly desperate political move, Walker made last-minute administrative changes to the process of obtaining an ID and nearly succeeded in suppressing the votes of hundreds of thousands of Wisconsinites who lack the required photo identification,” explained Subeck, a Madison city council member who is expected to be elected to the state legislature in November.

“Wisconsin’s law, considered one of the strictest in the nation, is the centerpiece of the Walker administration’s war on voting, and aims to stifle the voices of senior citizens, low-income and minority voters, and students at the ballot box,” added Subeck. “With less than four weeks until election day, the Supreme Court has put the rule of law ahead of the Scott Walker’s political gamesmanship. Tonight’s decision ensures that the right to vote in Wisconsin’s upcoming gubernatorial election will not be infringed upon by an unfair and unconstitutional voter ID law. And I fully expect that Wisconsin voters are now more galvanized than ever to put an end to Walker’s war on voting by making their voices heard in the voting booth on election day.”