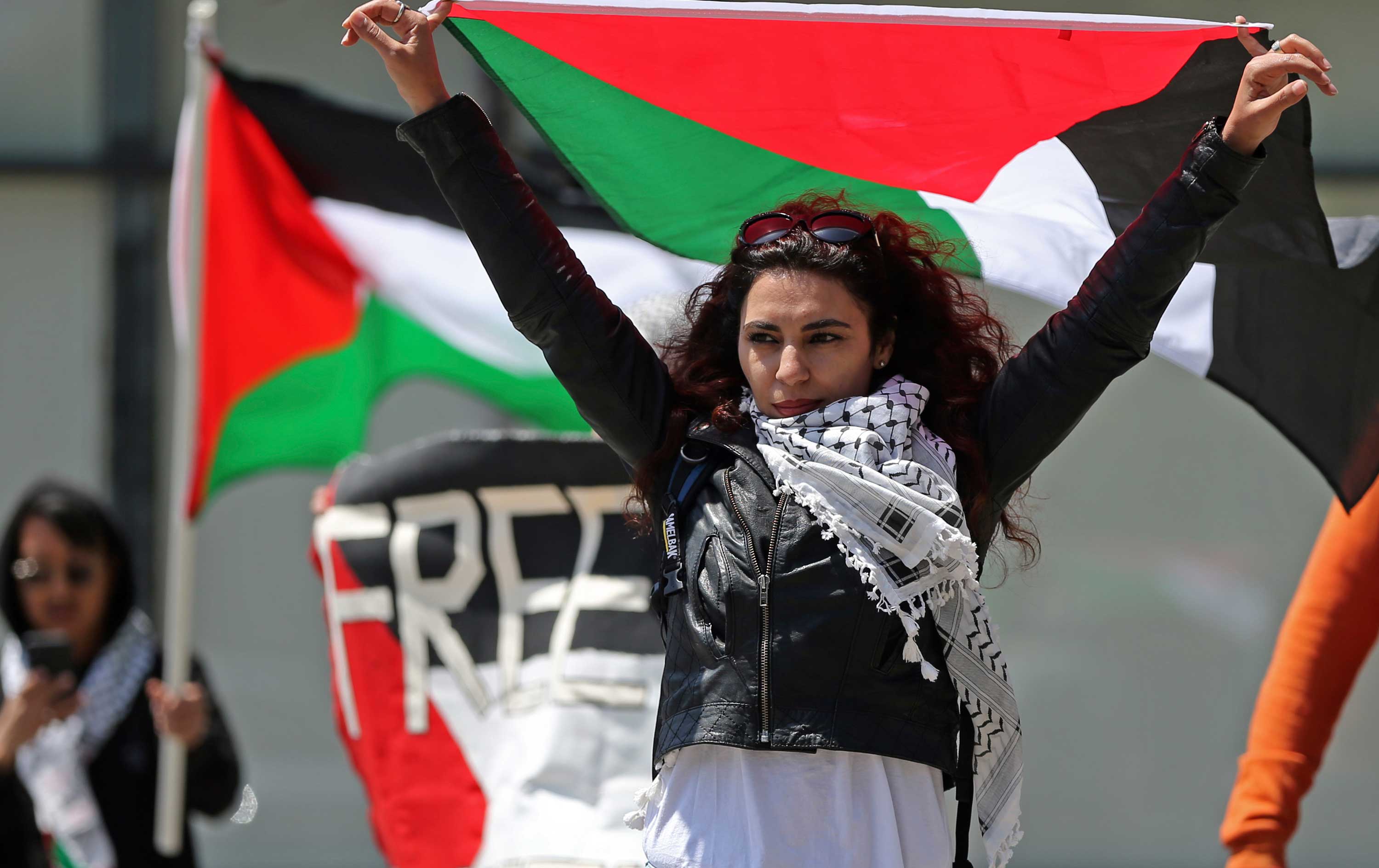 Demonstrators protest the US moving its embassy from Tel Aviv to Jerusalem, outside the Israeli consulate in Los Angeles. (AP Photo / Reed Saxon)

This week’s Take Action Now focuses on the killing of Palestinian protesters in Gaza, the Senate’s vote on net neutrality, and the new Poor People’s Campaign.

After Israeli troops killed at least 60 Palestinians, several of them children or teenagers, and injured more than 2,000 while the Trump administration celebrated the opening of the US embassy in Jerusalem, many American politicians—Democrats and Republicans alike—failed to condemn the bloodshed. Meanwhile, the United States continues to sell billions of dollars’ worth of weapons to Israel, even as US laws governing arms exports prohibit US-made weapons from being misused on civilians, and US-backed militaries from violating human rights. Write or call your members of Congress and demand that they conduct an immediate investigation into Israel’s actions and hold it accountable for violating human rights (US Campaign for Palestinian Rights has put together language and an e-mail tool).

The Senate is expected to vote tomorrow on a bill that would overturn the FCC’s decision to destroy net neutrality—and we only need one more senator’s support to pass it. First, call your own senators. Then follow Fight for the Future’s directions to find friends and family in states with senators on the fence (Louisiana and Alaska are particularly important right now) and urge them to make their own calls today.

Yesterday, people across the country gathered at their statehouses to launch the Poor People’s Campaign to demand that the US confront poverty. Yesterday’s actions kicked off 40 days of nonviolent direct action, teach-ins, and more. They will be followed by voter registration, mobilization, and education. Sign up to get involved, then join a conference call on Wednesday or Saturday to find out more about what you can do.