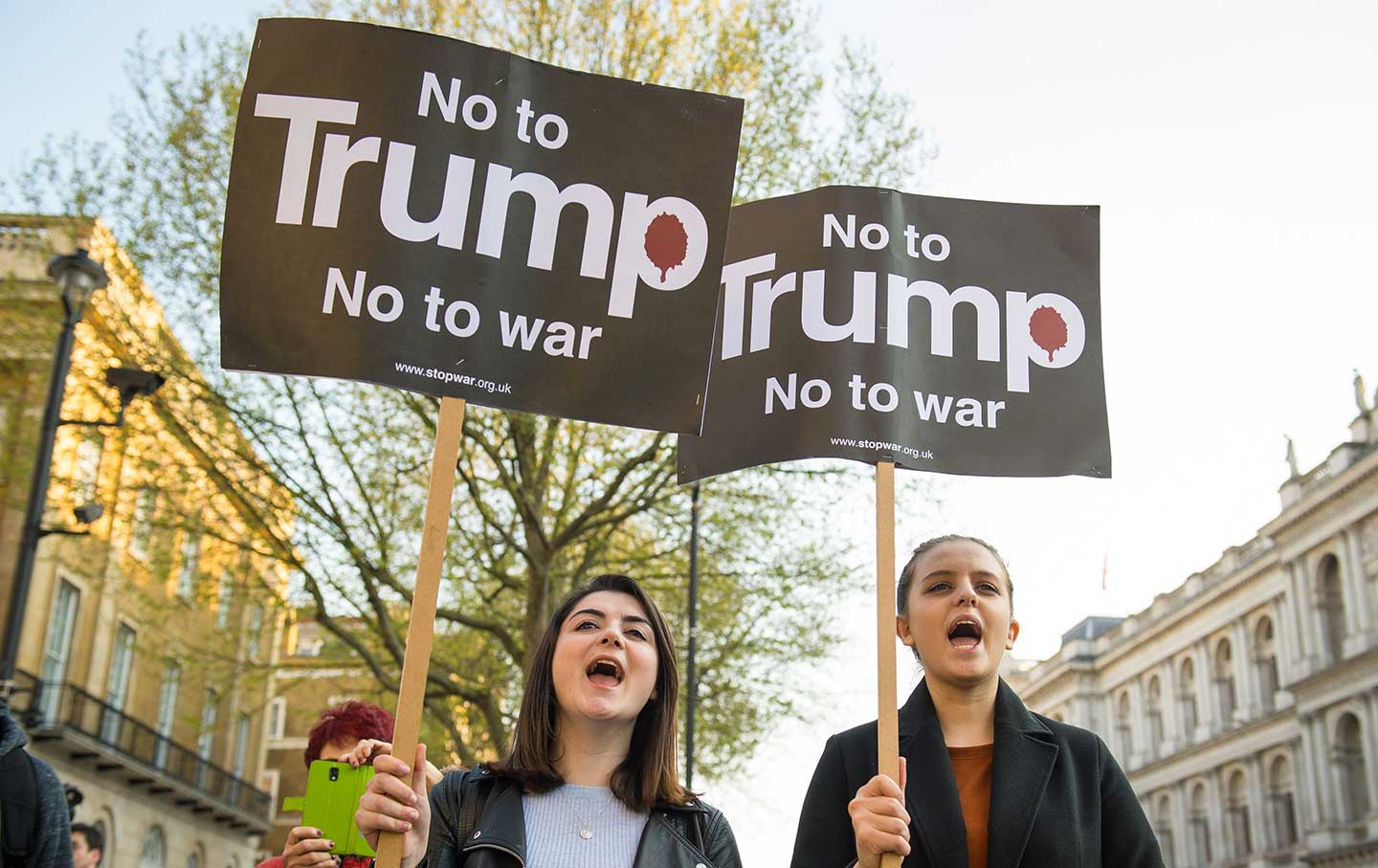 Protestors from the Stop the War Coalition take part in a demonstration outside Downing Street, in Westminster, London, on Friday, April 7, 2017. (PA Wire / Dominic Lipinski)

On Thursday night, President Trump launched a major missile strike against Syria, stating that the action was in retaliation for the deplorable chemical-weapons attack on Syrian civilians earlier this week and asserting that it was in the United States’s “vital national-security interest…to prevent and deter the spread and use of deadly chemical weapons.”

However, as The Nation’s John Nichols points out, the Constitution requires authorization by Congress—something Trump did not have—to declare war. And Congress is about to leave Washington for its spring recess. Nichols quotes Representative Barbara Lee, Democrat of California and the lone vote against President George W. Bush’s 2001 Authorization for the Use of Military Force: “At a time when President Trump stands on the verge of marching our nation into another war with unknown costs and consequences, Congress should not be on recess. I urge the Speaker to honor the Constitution and require a debate and vote on any further use of force in Syria.”

It is vital that our representatives feel the heat from constituents angry about yet another illegal war in the Middle East. They must act swiftly and decisively to rein in Trump’s illegal military escalation in Syria.

Sign the petition below demanding that Congress cancel its recess to debate and vote on President Trump’s military escalation in Syria. Then call your representatives to amplify the message. You can reach them through the Capitol switchboard at 202-224-3121; you can also find your senators’ numbers here and representative’s number here. Finally, for more insight on the war in Syria, read Greg Grandin on Trump’s use of the strike to win over his domestic critics and Phyllis Bennis from this fall on what a “powerful movement demanding an end to the war in Syria” could look like.

Only Congress can authorize the kind of military force Trump just unleashed on Syria. We strongly urge our representatives to cancel their spring recess and immediately return to Washington to hold debates on and rein in Trump’s illegal escalation of military force in Syria.