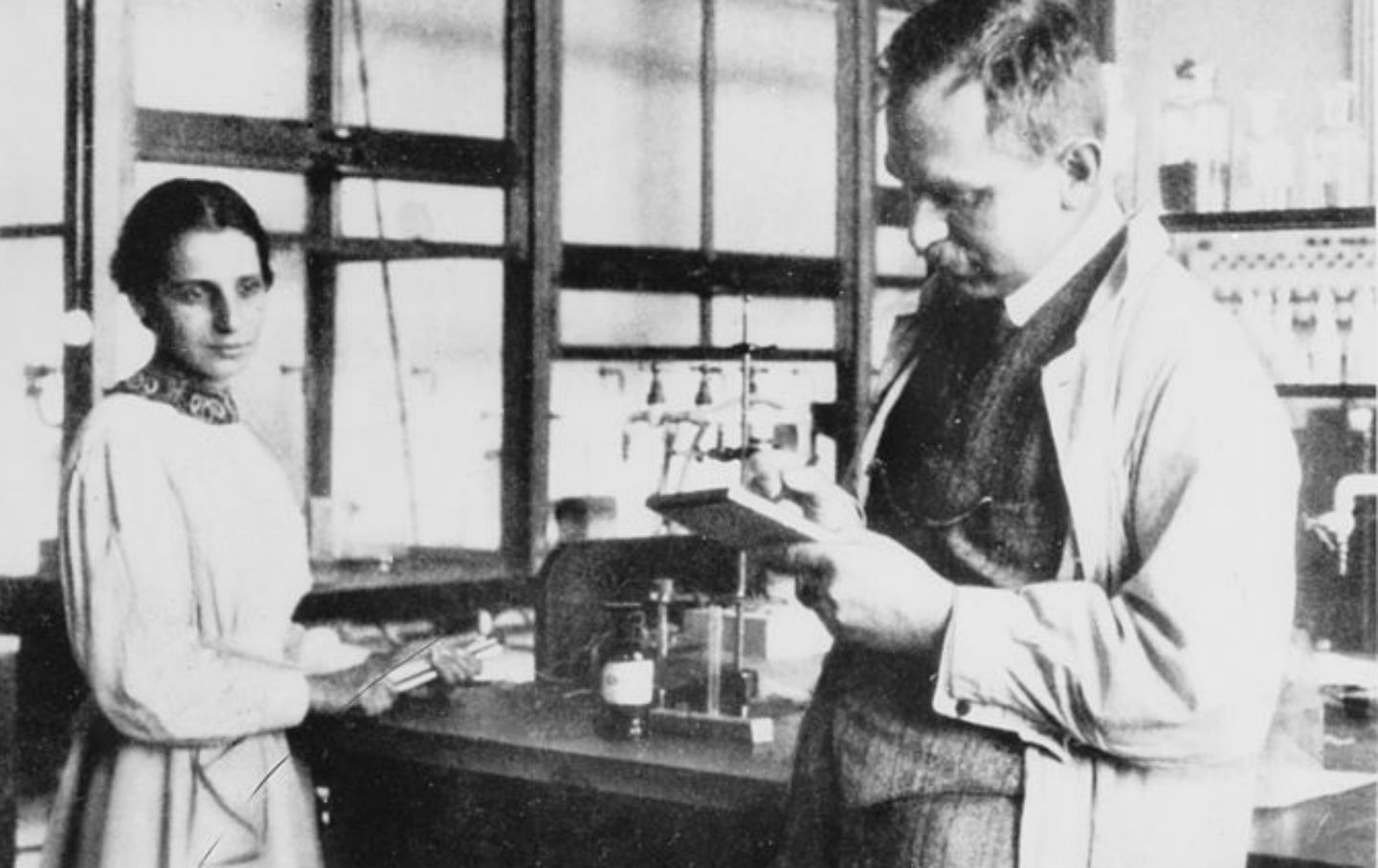 On this day in 1938 Otto Hahn discovered the nuclear fission, the process by which the nucleus of an atom is broken apart to produce enormous amounts of energy. In 1944 The Nation published an article by the Canadian chemist Orlando Aloysius Battista, “Atoms at Work,” explaining some of the fascinating new developments in the field of nuclear physics. Hahn became an outspoken opponent of the use of nuclear fission for the purpose of creating catastrophically deadly weapons.

During the past decade or two scientists have literally exploded the atom and in so doing have brought to light many phenomenal universes never dreamed of before. By a rather simple calculation, if you know how to make it, it can be shown that the air which occupies the finger space in a thimble contains at least thirty billion molecules. If all the clocks in the world were kept wound up, it would take them a hundred centuries or more to tick out the number of atoms in a single drop of rain water. If you were able to count the atoms on the surface of a speck of dust which could be seen only under a microscope, you would find they numbered millions. So when we talk about atoms we are talking about infinitesimally small particles of matter, particles so small that man will never be able to see them no matter how powerful he may build his microscopes.

Fifty years ago these atoms were looked upon by the world’s foremost scientists as hard, discrete, indivisible particles of matter which formed the building bricks of everything in the universe. But the concept of the structure of matter that had held sway for some twenty-five centuries crumbled into myth when such men as Thomson, Rutherford, Lawrence, and a host of others published the results of their researches. Today we know with the certainty that comes from reliable experimental evidence that each little atom is a veritable universe in itself, having a sun-like nucleus at its center and many planetary electrons—units of pure electricity—whirling about this core at speeds exceeding those of many planets in their orbits.…

A glance at a few of the momentous discoveries made by our atom-smashing scientists delving into matter with electric rays instead of microscopes shows the possibilities of further work in this field. We know now, for example, that all matter, even the armor-plate on our battleships, is literally full of holes. It has been proved beyond question that 99.9 per cent of the mass of all matter is concentrated at a mathematical point in the center of each atom universe. This leaves so much free space inside the atom that the core, which contains all the weight, may be compared to an orange suspended in the center of Radio City Music Hall. The human body is so full of empty spaces that if we removed all of them from Joe Louis he would shrink to the size of an aspirin tablet.…

The atom also offers us unlimited stores of energy. Physicists have authoritatively proclaimed that there is enough useful energy locked up in a jug of water to furnish more than a billion kilowatt-hours of electric power. The extraction of energy from the atom has up to now been accomplished only in a very small way. The difficulties to be overcome in this field of atomic utility are far more obstinate than those encountered in adapting radioactive substances for use in medicine, biochemistry, or genetics. Nevertheless, there is definite promise that some day it will be possible to extract and control atomic energy. Thus the remarkable work of atomic scientists is benefiting mankind in a thousand ways, and the inspiring fact is that this work has only begun.