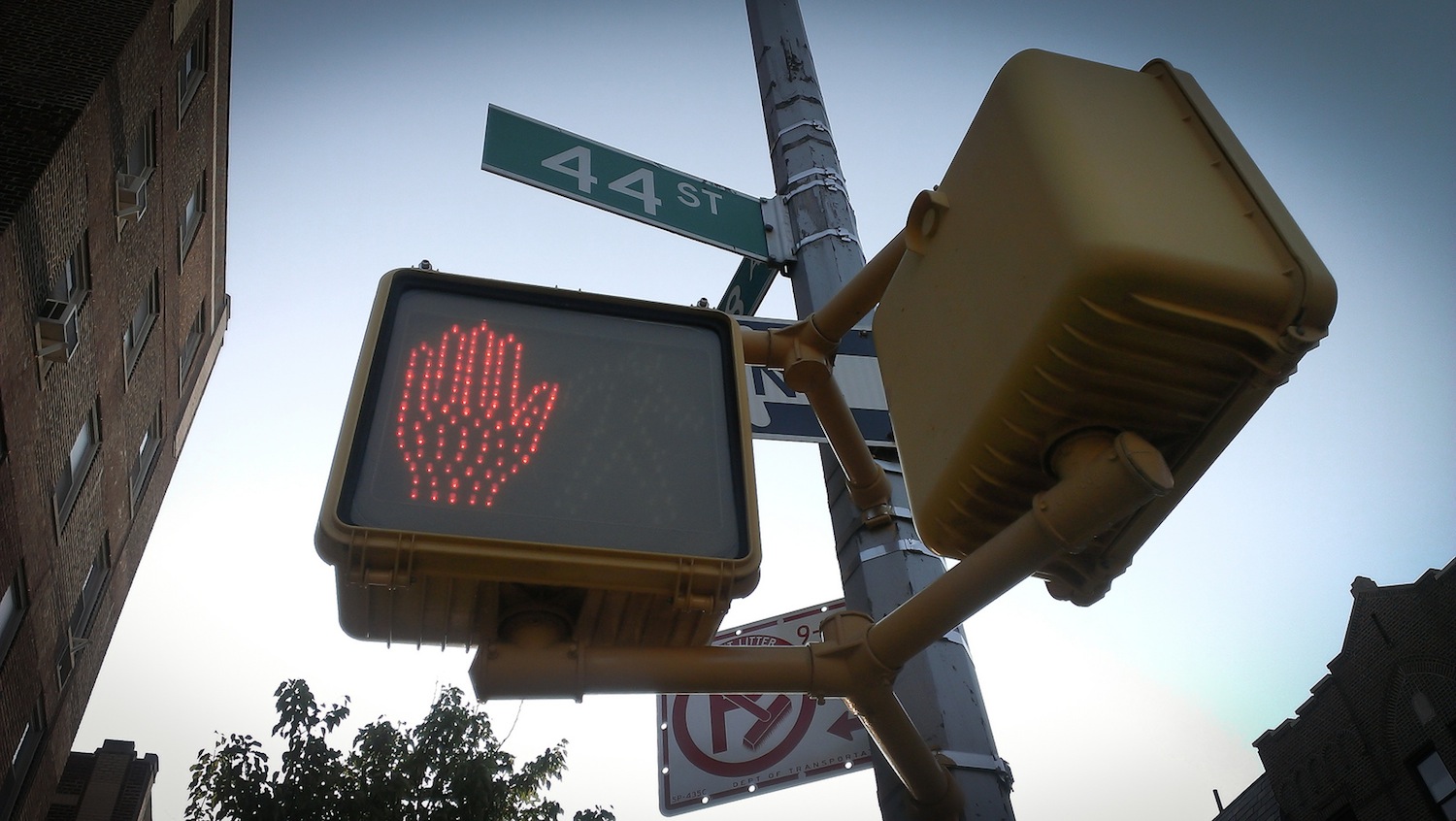 Here’s my submission for the Understatement of the Week Award: Bill de Blasio’s honeymoon appears to be over.

The mayor’s mid-February skid, involving snowstorm response and his late-night phone call about an arrested pal, deepened last week with the exposé of his motorcade’s disregard for the very traffic laws the mayor wants to strengthen. Then the city comptroller criticized de Blasio’s budget for failing to account for the likely cost of labor settlements. Desperate for good news, the administration late last week trumpeted a deal that improved Long Island College Hospital’s odds for survival—but even that victory is thick with uncertainty.

Over the weekend, the New York Post caught the mayor—egads—jaywalking! And the Daily News gave a platform to former de Blasio spokeswoman Lis Smith, until recently the subject of tabloid scorn for her romance with Eliot Spitzer, who criticized de Blasio’s handling of the politics around pre-K funding.

Next thing we know, a “Draft Christine Quinn” movement will begin with a series of small neighborhood vigils and morph into an occupation of the High-Line Park—which is really just like Kiev’s Independence Square, but with better plantings.

No, it’s not that bad yet. But it does seem like a long time since de Blasio was orchestrating the election of an ally as Council speaker, pushing though a paid sick-leave expansion with minimal business-sector opposition, brushing past the kerfuffle over his secret speech to AIPAC and forcing Andrew Cuomo to counter-punch on the UPK plan. That was way back in… January.

Some of the criticism of de Blasio has been unfair. Jaywalking? Lis Smith? Come now. And some of it has been right on target: why a man who has known since mid-September that he was very, very likely—if not certain—to be the next mayor still hasn’t filled out his roster of commissioners is simply mind-boggling.

But fairness is beside the point. Caesar’s wife could complain all she wanted about having to be beyond suspicion, but it didn’t change the fact that she had to be beyond suspicion. De Blasio’s totally accurate, totally acidic criticism of nearly everything the previous mayor did has created a very high standard to which he’s going to be held. That’s just the way it is.

The real question is, what does a bad month mean? The answer: way less than everything, but way more than nothing.

Two months does not a mayoralty make. Mike Bloomberg had a pretty rocky first year and managed to cruise to re-election. But the former mayor was aided by friends and finances de Blasio will never garner. And it doesn’t take long for a media storyline to go from improv to script. So there are real risks to the de Blasio agenda, because so much of it depends on the notion that he has the power to make sweeping change.

De Blasio has often talked about political capital, and he came into office with a lot of it. But no one has an endless supply. And once people get the idea that you’re running out, even the political capital you have buys less. Our mayor’s ability to fulfill his progressive agenda depends on far more than his statutory powers. He needs other people with power to follow his lead.

The bad press, obviously, erodes that capital. And it obscures the real reforms de Blasio has made: moving to end the stop-and-frisk litigation, stopping the stupid practice of charging NYCHA for police services, removing children from two disastrous homeless shelters and more. These moves aren’t universally popular (the police union, for one, hates the move on the stop-and-frisk litigation) but they put the focus on policy and change, and not on de Blasio’s driver’s lead foot.

Maybe the way for de Blasio to shift the tune, rather than running away from questions, is to keep putting out new policies. Forget about the inevitable charge that you’re trying to do too much. One thing I learned during my brief and unsuccessful boxing career is that you can’t defend yourself by backing up. The only way not to get pummeled is to keep punching.

(OK, so my boxing career consisted of one sad fight, which I lost. But at least I’m still pretty.)