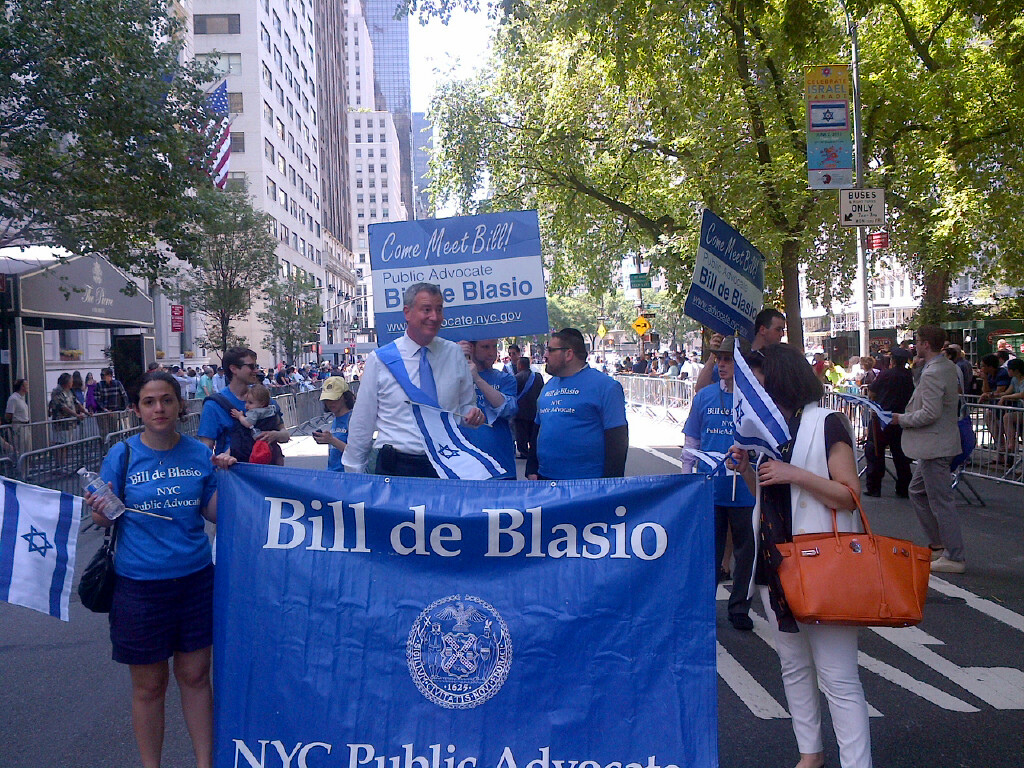 Last Thursday, Mayor Bill de Blasio’s public schedule told us that he would attend an “invitation only” event, the Real Estate Board of New York’s 118th Annual Banquet.

Earlier last week, the mayor’s official schedule noted an event that was totally closed to the press—his meeting with Timothy Cardinal Dolan, the archbishop of New York.

But there was no mention on de Blasio’s public schedule yesterday of where the mayor was going to be after his speech to the Conaference of Mayors. It turns out he spoke to a closed-door session of the American Israel Public Affairs Committee.

Capital New York found out about the speech; a reporter who tried to attend the event was escorted out by security. But Capital obtained a recording, and while the audio jumps around a little bit, de Blasio can be heard saying, “I feel that part of my job description is to be a defender of Israel,” and recognizing the Jewish state for having “stared down terrorism and kept moving forward.”

The lack of disclosure from a guy who promised all kinds of transparency was surprising. The full-throated defense of Israel was not.

In 2012, de Blasio launched a watchlist of companies doing business in Iran—not normally within the portfolio of a public advocate—and opposed the proposed Israeli-products boycott at the Park Slope Food Coop. In 2011, he joined a Who’s Who of New York pols at a demonstration near the UN denouncing the Palestinian Authority’s unilateral declaration of statehood, which de Blasio said represented “a setback for peace in the Middle East” that would “escalate tensions and undermine the ongoing attempts at negotiation, which are the only true path to reconciliation.”

And while on the City Council from 2002 through 2008, de Blasio lent his name to several resolutions that took a decidedely pro-Israel position, including ones

– “calling upon the United Nations to no longer remain silent and to pass a resolution condemning the practice of suicide bombings by the Palestinian community,” and

– “strongly condemning the brutal Palestinian suicide bomb terrorist attacks against Israel and expressing solidarity with the people of the State of Israel as well as sympathy for the loss of civilian lives in the current conflict.”

It’s worth noting that there were some pro-Israel measures that de Blasio didn’t back.

And, yep, condemning suicide bombings seems reasonable. But so does a council measure “calling for an evenhanded policy in the Middle East and a halt to the killings of innocent Palestinians and Israelis; calling upon the City Council to serve as facilitators of peace and not to appear to take sides in the conflict; recognizing that just as the Council supports Israel’s right to exist with safe and secure borders, so too must the Council support Palestinian self-determination and the creation of a Palestinian state; and emphatically stating that only through dialogue and peaceful negotiation can these historic conflicts be resolved.” De Blasio stayed away from that one.

(He also, in fairness, stayed away from the hard-line opponents of the BDS movement when Brooklyn College planned to host a BDS event early last year. Some pols threatened the school’s funding. But de Blasio and a group of other officials signed a letter calling for the college to “make a more diverse range of views heard on this issue,” while also affirming the school’s academic freedom. In a follow-up letter, de Blasio and his co-signers said, “We will continue to oppose efforts that would seek to undermine the free and open debate of critical issues. “)

In his remarks in Washington this week, de Blasio said, “City Hall will always be open to AIPAC.” Presumably, it will be on the public schedule when AIPAC comes knocking: de Blasio told reporters today, “We certainly will improve our information system to let you know about something like the AIPAC speech. We’re very comfortable doing that. We will do that.”