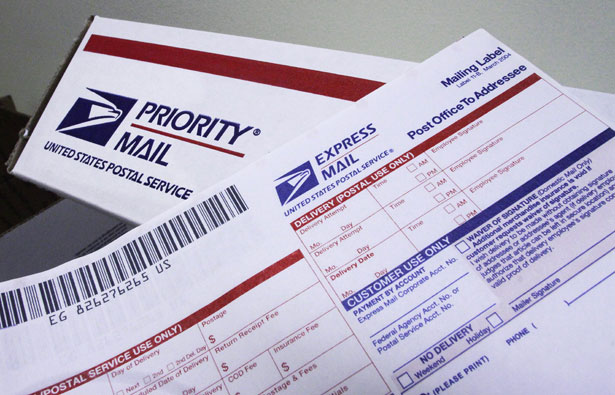 House Oversight and Government Reform Committee Chairman Darrell Issa, R-California, has made no secret of his desire to diminish and dismantle the United States Postal Service.

Issa has for some time now peddled plans to end Saturday deliveries by the USPS—which continues to perform with more agility than private firms, as holiday delivery patterns illustrated—in ways that are all but certain to make the postal service vulnerable to privatization.

Issa has a right to his opinion.

But the cynical determination with which he is now advancing it is jarring.

Eliminating the benefit cut is a good idea, as it is part of an austerity agreement that seeks to balance budgets by placing more of the burden on government workers and military personnel—rather than multimillionaires like Issa.

But Issa is not proposing to offset the restoration of benefits by taxing the wealthy or closing loopholes.

Rather, he wants to do so by ending Saturday mail delivery.

Ending mail delivery on the weekend would dramatically undermine the ability of the postal service to meet the demands of modern shipping and communications. The likely result would be a rapid shift of traffic to private firms, which contribute heavily to politicians but which do not provide the universal, low-cost service that is the hallmark of the postal service.

And it has the potential to do something else: harm the employment prospects of veterans.

The USPS has historically been one of the nation’s largest employers of veterans—second only to the US Department of Defense, according to USPS figures. Roughly 120,000 postal service employees—more than 20 percent of the total workforce—have records of service in the military. Roughly a third of those employees are rated as 30 percent or more disabled, a reflection of the fact that the postal service goes out of its way to provide an array of employment services and options for veterans.

Cuts to the postal service threaten an institution that provides jobs to veterans and that—thanks to its own practices and strong commitments from postal unions—respects them once they are in those jobs.

Instead of embracing Issa’s latest and most cynical assault on a necessary service, Congress should do right by veterans. It can move to strengthen the USPS, along lines proposed by Senator Bernie Sanders, I-Vermont, Congressmen Peter DeFazio, D-Oregon, and Mark Pocan, D-Wisconsin. And it can address the benefits issue by enacting the Military Retirement Restoration Act, which has been introduced by Senator Jeanne Shaheen, D-New Hampshire.

Shaheen’s legislation would repeal the provision in the budget agreement that cuts benefits for military retirees, including disabled veterans who are eligible for retirement benefits. It would offset the estimated $6 billion cost of doing so by ending the abuse of so-called “tax havens” by US-controlled corporations that incorporate offshore and claim “foreign” status in order to avoid paying taxes in the United States.

As US Senator Tammy Baldwin, a Wisconsin Democrat who is a key co-sponsor of the legislation, notes, this provision is identical to Section 103 of the Stop Tax Haven Abuse Act and is expected to raise over $6.6 billion over ten years.

“This is a common sense measure built on the idea that everyone needs to pay their fair share,” explains Baldwin. “By closing this one corporate tax loophole, we can ensure our military veterans receive the benefits they’ve earned and deserve.”