In the 2014 essay Elegy for a Country’s Seasons, Zadie Smith laments language’s affective failings with regard to climate change: “There is the scientific and ideological language for what is happening,” she observes, “but there are hardly any intimate words.” For Smith, our inability to frame global environmental degradation around the small, the personal, and the local is why so many of us feel paralysis or apathy in face of it. Climate change is caused by humans, but we can suspend our responsibility for its effects when they feel beyond individual human scale—we only fight to protect those things nearest and dearest to us: a garden, a season, a ritual.

If better modes of speaking offer one means of stirring environmentalist impulses, the exhibition “Nature’s Nation: American Art and Environment,” at the Princeton University Art Museum, suggests that better modes of looking may be another. Curated by Alan C. Braddock and Karl Kusserow, the show examines the art of America through the lens of ecocriticism, a growing branch of literary scholarship that considers the environment’s role within art. Over 120 pieces from the 1700s to the present day make the case that, whether or not we are consciously aware of it, human experience and creation are influenced by the environment. All works of art contain, according to the curators, an environmental perspective, and the exhibition contends we need only retrain our eyes to look for them.

Braddock and Kusserow find the environment in landscapes or land art—examples of both are on view—but show that less-expected genres and formats contain environmental elements too: An intricately carved marble sculpture is, after all, just a rock; a gleaming silver urn, nothing more than metal. Just as the most belabored or manufactured items can be redefined as fundamentally natural, so too can the environment expand beyond its conventional meaning to encompass the city or human-made settings. Taking aim at our tendency to interpret the environment in visual art as synonymous with pristine or sublime vistas, Braddock and Kusserow display Jacob Riis’s famous early-20th-century photographs of New York City’s smoke-filled, squalid tenements as exemplars of “urban ecology,” a study of the conditions of urban life, especially the dangerous atmospheric and sanitary conditions of the urban poor. In a similar mode, they present Morris Louis’s Intrigue (1954)—an abstract composition of lilac, burgundy, mint, and turquoise paint spills, blurred into a fan shape—as proof of the sometimes-toxic environment of the artist’s studio. (As the wall label notes, Louis died young from lung cancer attributed to long-term exposure to acrylic paint fumes.) 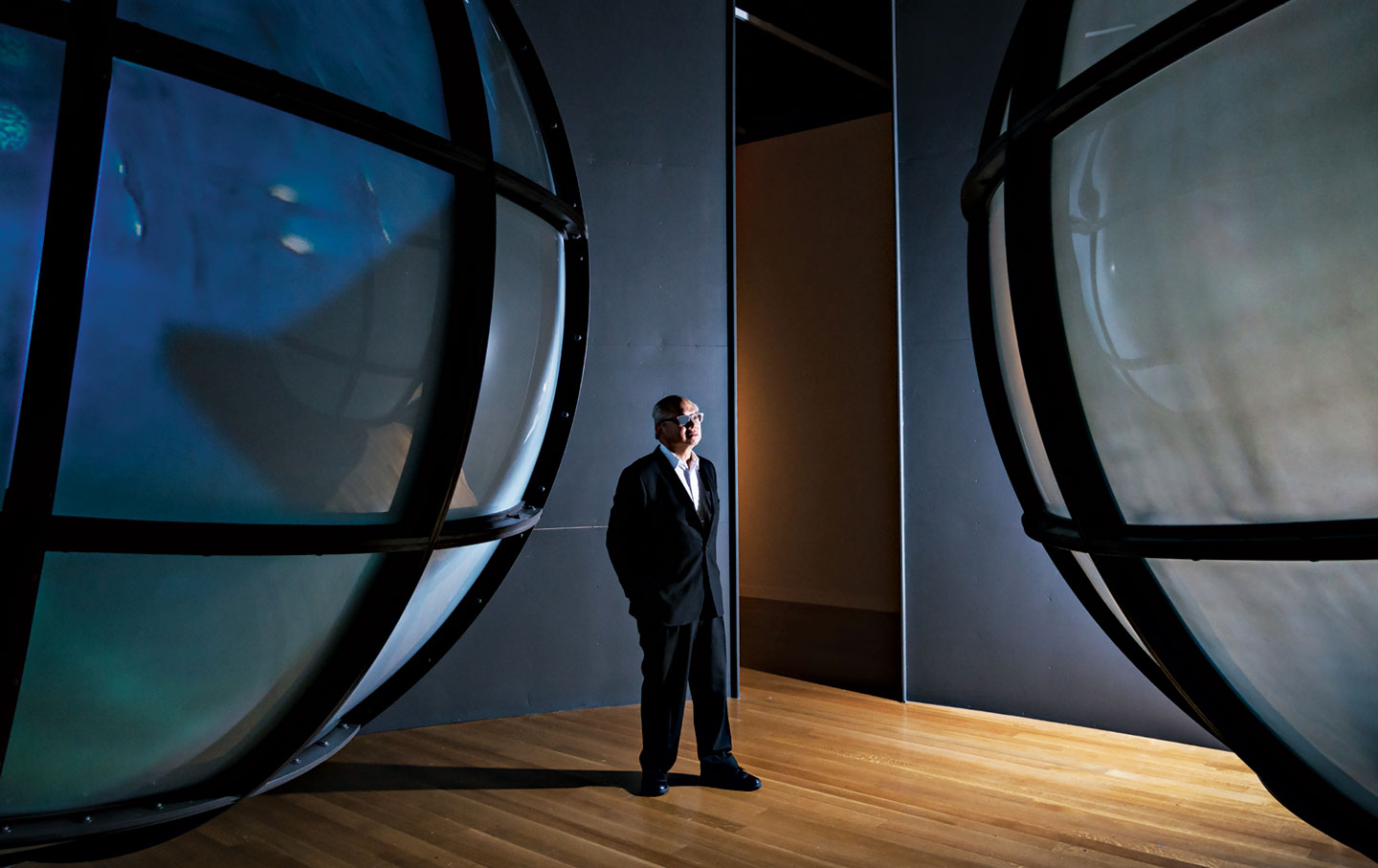 They also make the environment the focal point of scenes ostensibly devoted to human action. A section entitled “Portraits and Place” encourages viewers to look past the sitters in a suite of 18th-century portraits and gaze instead upon the highly manicured gardens in their backgrounds—emblematic of Early Republican desire to make America as cultivated and “civilized” as Europe. A later section on the Civil War reassesses the conflict as an ecological disaster, featuring pieces like the albumen silver print Wounded Trees at Gettysburg (ca. 1863), a tribute to fallen arboreal heroes.

As in most themed exhibitions, there are moments when nuance gives way to consistency, for example, in the last gallery with works focused on the postwar era by Mierle Laderman Ukeles, the late Patrick Nagatani, and duo Allora & Calzadilla, among others. (Nagatani and Allora & Calzadilla examine the ecological effects of American military presence in the Southwest and Puerto Rico, respectively; Ukeles considers systems of city maintenance, and was the first-ever artist in residence at New York’s Department of Sanitation.) A centerpiece of the room is Theaster Gates’s Mantle with Hose III (2011), a sculpture of a firehose inside a wooden mantle that alludes to police violence in the civil-rights movement, when officers shot jets of water into crowds of African-American protesters. Like other works, its connection to the environment is not immediately apparent, and the accompanying wall label leaves the rationale behind its inclusion vague: Is this in “Nature’s Nation” because it involves water? While emphasizing the environmental over the human happens throughout the exhibition, the move is more complex here. Sidelining humans within historical narratives feels considerably different when the humans in question are not early colonial American settlers, but members of a community still largely held at history’s margins. Water may be a character here, but I was not certain that it should be the story’s protagonist.

As the Gates sculpture crystallizes, there are potential risks that attend the ecocritical method. In prioritizing the environment above people, we may diminish our earthly agency—a move that could, ironically, dampen our environmentalism. To commune intimately with the environment, do we first need to imagine ourselves as its approximate equals? And do we need at least the fantasy of power to imagine ourselves capable of defending that environment? That I remain uncertain about the virtues of ecocriticism, as presented in “Nature’s Nation,” is not to suggest any uncertainty about the exhibition’s own merits: Rare is the show of this size that does more than present a simplistic gloss on its guiding theme. “Nature’s Nation” provokes large and difficult-to-resolve questions about the purpose and ethics of art, and art analysis, within the Anthropocene. That it can do so is testament to its thoughtfulness.