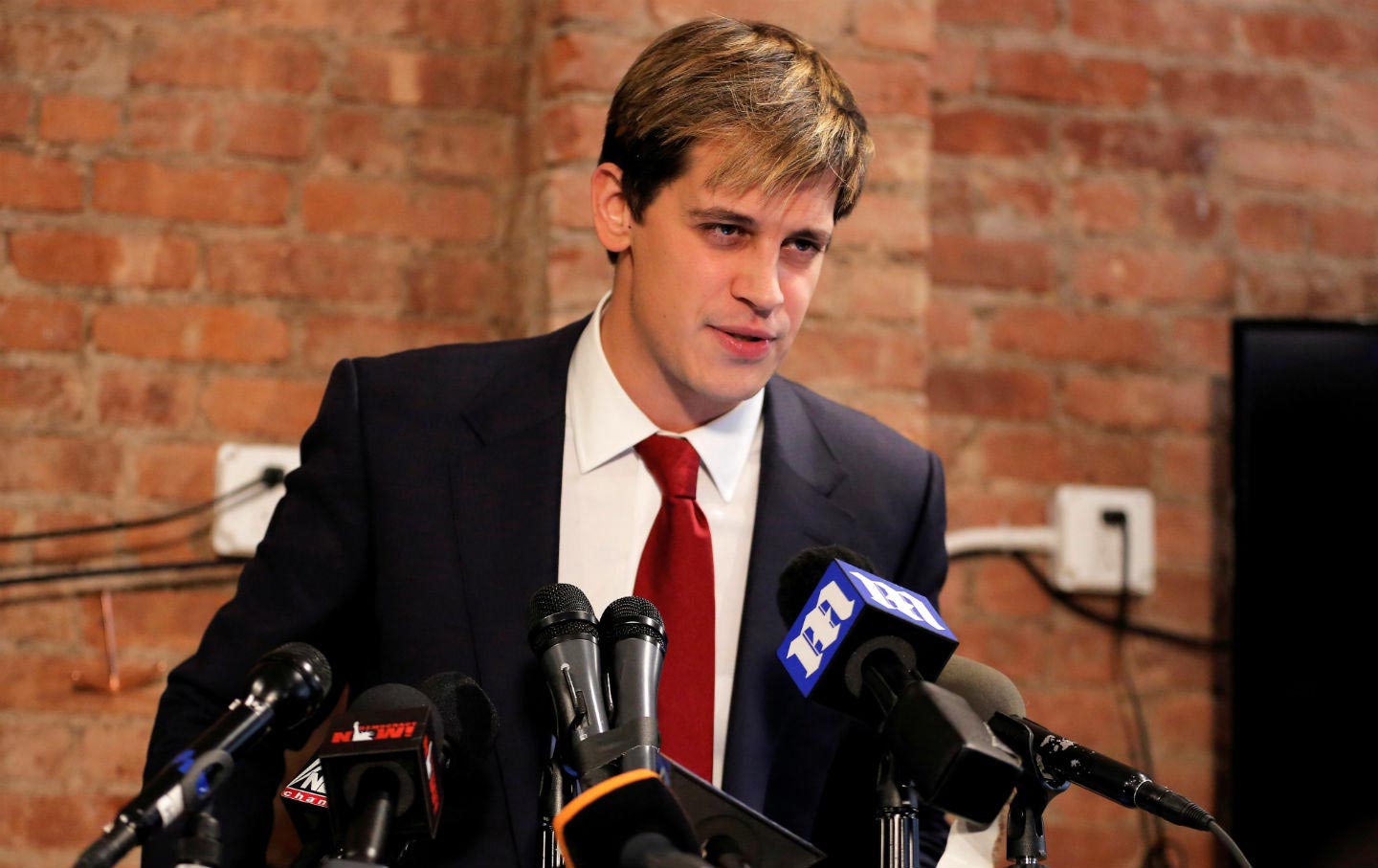 I went to the theater with a friend recently. Afterward, we sauntered around the unfamiliar neighborhood and wandered into what looked like a funky artisanal-beer emporium. Hanging by the entrance was a larger-than-life-size portrait of the actor Michael Richards. I froze, then turned and walked out. My friend, who is British, couldn’t understand: “Isn’t that just the guy from Seinfeld?”

My friend is also someone who keeps mistaking the Confederate flag for the Union Jack. To most Americans remotely familiar with tabloid media, however, Richards is the man who, in 2006, closed down his own comedy show by shouting at a black heckler: “Shut up! Fifty years ago, we’d have you upside down with a fucking fork up your ass!… You’re brave now, motherfucker!… Throw his ass out, he’s a nigger. He’s a nigger! He’s a nigger!” A predictable amount of brouhaha followed, culminating with an apology by Richards on the Late Show With David Letterman: “I’m not a racist, that’s what’s so insane about this. And yet it’s said, it comes through, it fires out of me.” Then he hung his head and received a round of applause for having apologized.

It’s a conceptual mistake to pass off the gloating threat of a fork up the ass as performative passion.

I have spent my life working for civil rights, social justice, and freedom of expression, but at that moment I was just thirsty. I felt the sudden deflation of what had been a very pleasant evening. It made me feel sad… and old. An old, tired “snowflake,” as right-wingers have taken to calling anyone with feelings. I started to explain to my friend what a “snowflake” was, but he reminded me that Milo Yiannopoulos is a Brit. He knew all about that.

Yiannopoulos, of course, is the former Breitbart editor who angered a crowd at the University of Wisconsin, Milwaukee, by mocking a transgender student by name, all the while using a so-called “trigger cam” to live-stream the faces of students in the audience framed within a telescopic gun’s crosshairs. Yiannopoulos shrugged off the distress his antics caused with a sneering dismissiveness: “[They] said I had used violent words, as though violent words were a thing.”

To be fair, I don’t believe that violent words are “a thing,” either. Neither words nor iconography like swastikas or flags—or portraits, for that  matter—are bats or guns or machetes. But it’s a conceptual mistake to pass off the gloating threat of a fork up the ass as performative passion. If we call people “garbage,” “parasites,” “cunts,” “dicks,” “niggers,” “pussies,” “apes,” “kikes,” “dykes,” or “towelheads”—if we laugh about it, if we chant such words at rallies, if we take them in deeply by sheer repetition alone, then our vision changes. Our hearts shrink. Our exclusions grow meaner and more marked, our laws much more punitive.

Our executive branch is now in the tiny hands of those who believe that geneticized “demography” is destiny.

While there has been much attention paid to the more horrendous and overt breakdowns of civility—physical attacks on Muslims and Sikhs, the toppling of headstones in Jewish cemeteries, fistfights on college campuses—this insistence that we should “man up” and laugh at cruelty is not without consequences. The violence that erupted at the University of California, Berkeley, campus over an appearance by Yiannopoulos was apparently perpetrated by what was described as an outside group of about 150 masked people identifying themselves as  antifascists (or “antifa”). Not good at all. But here’s something even more ominous in the long term: A petition has been launched on Change .org, now with almost 70,000 signatures, asking President Trump to “formally declare  ANTIFA a domestic terrorist organization.” Since antifa is less an organization than a broad philosophy urging particular “modes of action,” it remains unclear what ideas would be included or what limits there would be to such a designation. There have also been calls to define Black Lives Matter as terrorists, as well as the protesters and water protectors fighting the Dakota Access Pipeline. This is an extremely serious matter: A categorization as “terrorist” places a person or group under heightened surveillance, infiltration, and the risk of having certain due-process rights suspended under the USA Patriot Act.

Let’s concede that the First Amendment allows people to say whatever nonfactual things float through their heads. But we are at a moment when we must confront the hard realities of genuine censorship—and it’s not about campus brawls or whether you think I cry too easily. The legal meaning of censorship has to do with the government silencing speech. Yes, speech should be utterly free as a general principle, but in our McCarthyite, anti-Muslim mood, the idea that words and images have no real consequence is specious at best. Words can incite, enrage, divide, or just take the wind out of one’s sails. They can affect voting patterns by muddying the waters with “alternative facts” or leaked propaganda.

As a renewed “blood and soil” brand of white nationalism surges throughout Europe, so here at home, Iowa Representative Steve King has endorsed the Dutch fascist Geert Wilders as someone who “understands that culture and demographics are our destiny. We can’t restore our civilization with somebody else’s babies.” But King is no outlier: White House adviser Steve Bannon has also befriended Wilders—as well as Marine Le Pen, Frauke Petry, and other leaders of Europe’s far right—thus placing our executive branch in the tiny hands of those who believe that geneticized “demography” is destiny. This notion that only people within a bounded—and  biologized—cultural or ethnic geography can replenish a nation’s citizenry is a segregationist instinct that harks back to the Southern white-supremacist Redeemer movement during Reconstruction. “Other people’s babies” do not “restore.” Restoration looks to a fictive past, echoing Donald Trump’s promise to make America great “again.”

Out on the sidewalk in front of the pub, I could all but feel the angel of history being blown backward, helplessly, into the future. I stood with my friend in the dark, quiet snowfall, wondering where to go.