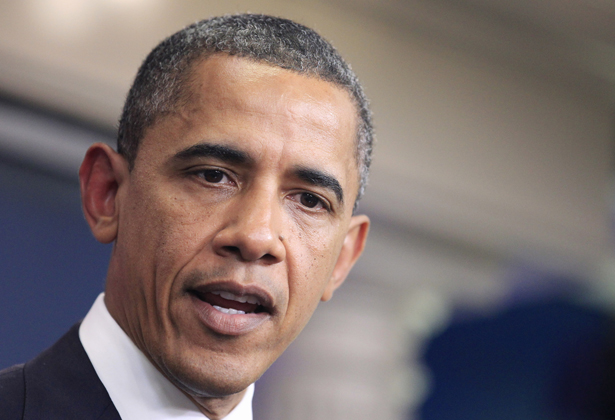 As the whole world watches President Obama’s address on combating ISIS tonight, you can depend on the US media to obsess over the “optics.” Is he coming across tough enough, Putin-y enough? Will his demeanor please the Republicans and frighten the terrorists (or vice versa)? And what does his suit have to say about all of this?

From Obama”s refusal to cut short his vacation after the Malaysian plane was shot down over Ukraine, to golfing after commenting on the beheading of journalist James Foley, to his wearing a beige suit (which the press mistakenly called “tan,” a bad habit of white folks, as people of color know), the media has lately been speeding up its favorite game—spitting out millions of words about image (the old word for “optics”) instead of substance.

I’m torn: I write about the nuances of imagery all the time. It holds tremendous power, public figures must know how to advertise themselves, the medium is the message and all that. But today we have so many layers of media interpreting imagery, from cable pundits to billions of tweets, that it’s getting harder for people to see for themselves.

We don’t know how much optics scolds like Maureen Dowd and Fox News have played into Obama’s decision to strike in Syria. But Eric Boehlert reminds us of what happens to journalists when they continually opt for optics: it weakens their already compromised ability to analyze issues, much less reality. Compared to optics babble, he says, analysis “is more difficult, more rigorous, and it’s much needed.”

And Boehlert chronicles how journalists have actually agreed at times with this or that policy but decide to harp anyway over this or that vocal inflection:

The Washington Post’s Ruth Marcus recently agreed that the country’s current immigration failures were the “fault of House Republicans.” She then proceeded to pen an entire column attacking Obama’s “erratic” style because he “looks weak” and he “looks political” in his decision-making.

“Worrying about image projection and the degree of savviness in the Administration’s P.R.,” noted media critic Jay Rosen, represents “signs of a press corps that can be deeply unserious about international politics.”

You can read more on the Media Matters blog.