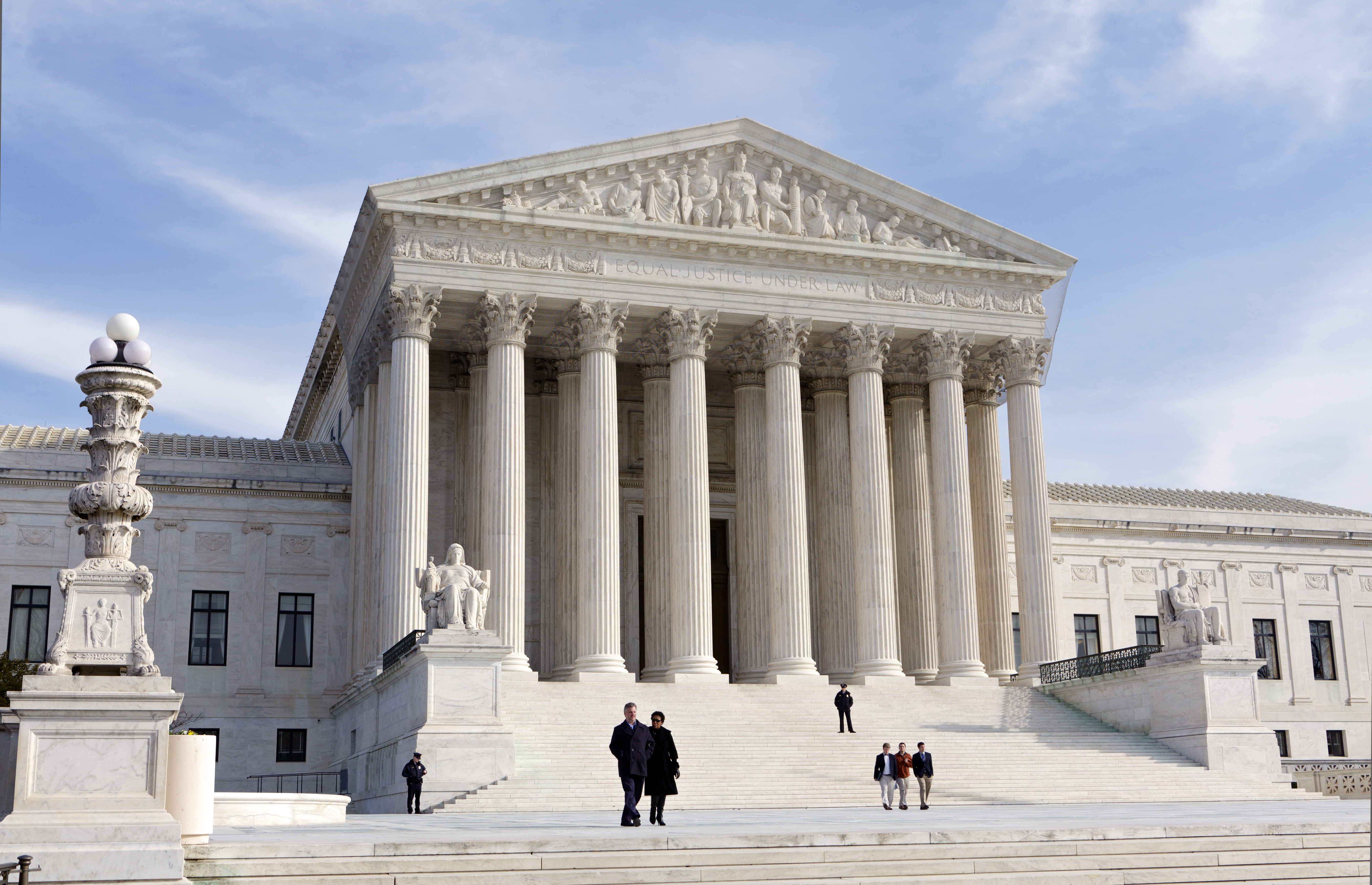 There were undoubtedly justices on the most anti-labor US Supreme Court in modern judicial history who wanted to strip public-sector unions of their ability to collect dues from workers they represent.

But they were not quite prepared to strike the devastating blow that labor activists feared would be delivered Monday.

Since the High Court’s 2012 decision in Knox v. Service Employees International Union (SEIU) Local 1000—which complicated the processes by which public-employee unions can engage politically—there has been a general sense that conservative justices were angling for an opening to gut the twenty-six state laws that require workers who benefit from union representation to pay dues. The case of Harris v. Quinn, in which a small number of Illinois homecare workers sought to avoid paying dues to the Service Employees International Union, seemed to create that opening.

But the Court’s conservative majority stopped short of making a ruling that would have allowed public employees to stop paying dues to the unions that negotiate contracts guaranteeing them higher wages and benefits, protect them from employer abuses and advocate in the legislative and political arenas on their behalf. In so doing, they allowed public-sector unions to remain vital forces in the majority of American states.

Make no mistake, however, the Court did so grudgingly.

Writing for the five conservative justices who made up the majority, Justice Samuel Alito let the eight homecare workers involved in the Harris case opt out of paying dues because the Court determined they were not “full-fledged public employees.” The majority (Chief Justice John Roberts and Justices Alito, Clarence Thomas, Antonin Scalia and Anthony Kennedy) determined that, because the workers are hired by individual patients and work in private homes, they are not actually state employees—even though they are paid via Medicaid, and even though SEIU’s negotiations with the state yielded substantial improvements in the pay and benefits of the represented workers.

That dodge allowed a sharply divided court—where Justice Scalia surprised observers of oral arguments on the case with a line of questioning that seemed somewhat sympathetic to the arguments of the unions—to avoid making a sweeping determination.

It is important to recognize, however, that the Court’s decision is an ominous one for domestic workers and the unions that are speaking to represent them.

And Alito, who has emerged as the steadiest foe of labor rights on the Court, still seems to be looking for an opening to further undermine labor rights.

Alito ripped the Court’s 1977 Abood v. Detroit Board of Education decision that permitted states to require payment of union dues by represented workers, referring to the precedent as “questionable” and “anomalous.”

Translation: the Harris case wasn’t quite the right vehicle, but the majority would entertain a case they could eliminate vital protections for unions and their members—creating a circumstance where they would no longer have the resources to fully represent workers at the bargaining table, in the corridors of power and at election time.

“While the Court upheld the importance of collective bargaining and unions to families and communities, let’s be clear that working people, who have aspired to the middle class and tried to make a better life for their families, have taken it on the chin for years,” said American Federation of Teachers president Randi Weingarten. “Stagnating wages, loss of pensions and lack of upward mobility have defined the economic distress they have experienced. Today’s decision makes it worse.”

While this ruling was certainly not as bad as it might have been, the threat of a Court decision that severely undermines public-sector unions remains. And that is a threat that has much broader ramifications, as public-sector unions have become key defenders of public services and public education in an era of funding cuts and privatization schemes.

Indeed, along with the ruling in Burwell v. Hobby Lobby that was issued at the same time, the Harris decision provides a powerful reminder of the importance of elections this fall for US senators who could be asked to confirm one or more High Court nominees in the final two years of Barack Obama’s presidency.

In the immediate aftermath of the ruling, SEIU activists and leaders pledged to redouble efforts to organize and represent Illinois homecare workers.

“They are trying to divide us and limit our power, but we won’t stop standing together for our families and our consumers,” Flora Johnson, a homecare provider from Chicago, said in a statement released by the union. “Before we formed our union, I made less than $6 an hour, but by uniting we are set to make $13 an hour by the end of the year. I know from experience that we are stronger together.”

SEIU president Mary Kay Henry added, “For our parents and grandparents to get the care they need to live at home, workers need a strong voice in a union. I know that Flora Johnson other SEIU members are determined to keep up the fight to end poverty wages and ensure quality care.”

This Supreme Court has made that work a little tougher. But an even slightly more anti-labor Supreme Court could make it dramatically more difficult. That argues for a response that combines serious voting and serious organizing.

“With a Supreme Court that is increasingly moving hand in hand with Wall Street and corporate interests to eviscerate our democracy,” says National Nurses United union executive director Rose Ann DeMoro, “it’s a reminder working people can not count on the courts for justice, and must rely on our own stepped up activism for a more just society.”