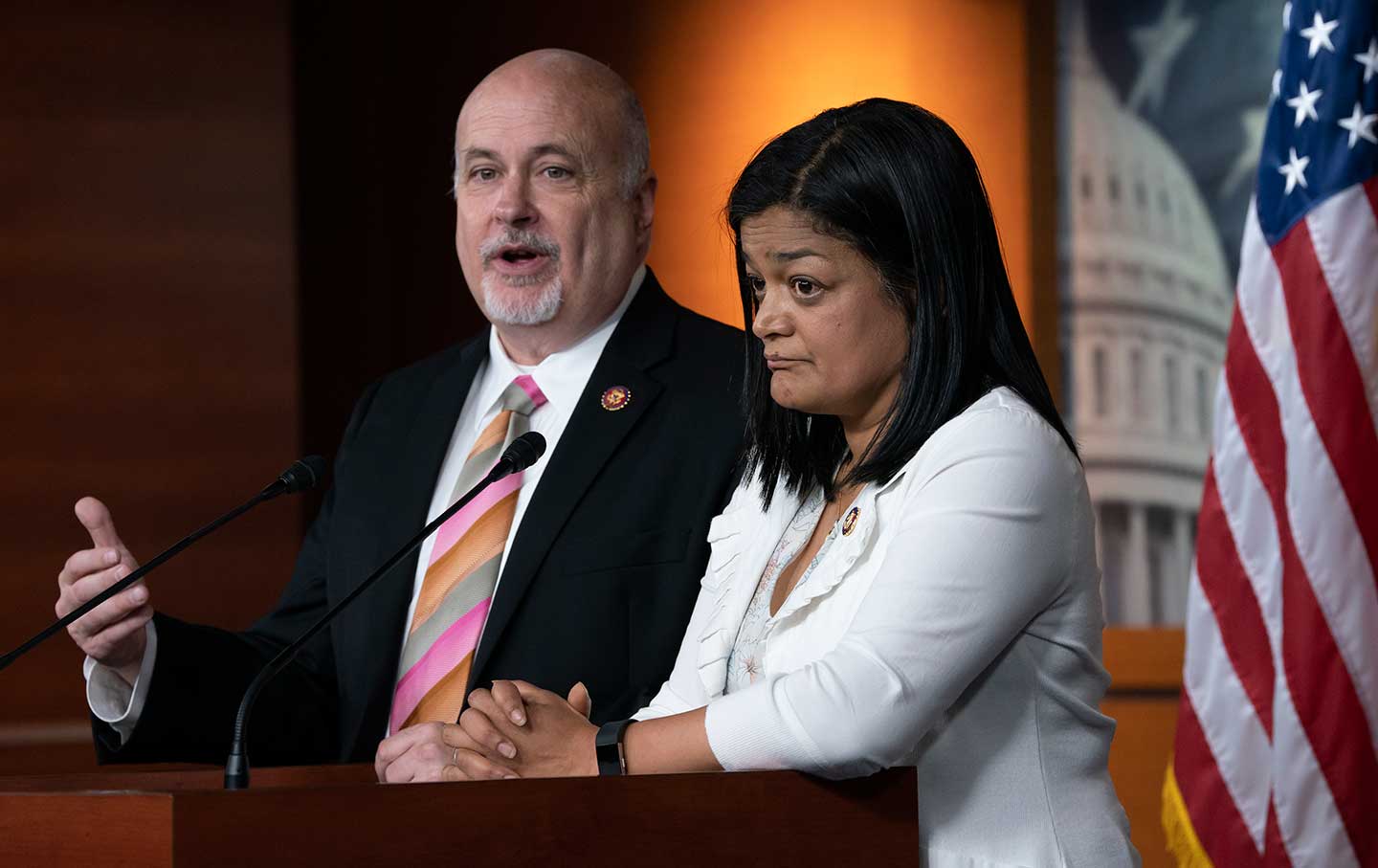 Congressional Progressive Caucus co-chairs Mark Pocan and Pramila Jayapal called Tuesday for the opening of an impeachment inquiry as the appropriate and necessary response to President Trump’s refusal to cooperate with Congress.

“Regrettably, the President’s most recent actions and continued disrespect for the Constitution are forcing us down the road to impeachment,” said Pocan, a Wisconsin Democrat. “Congress is a co-equal branch of government, charged with oversight of the Executive Branch and with the power to subpoena information and individuals. The President and his associates are engaging in a campaign of obstruction and lawlessness that undermines the rule of law and does not reflect the actions of someone who is ‘exonerated’ as innocent.”

Jayapal, a Washington Democrat who serves on the House Judiciary Committee, tweeted: “We are now at the point where we must begin an impeachment inquiry. I don’t say that lightly. We’ve taken every step we can w/subpoenas and witnesses. Trump obstructs everything. A president who thinks he’s king, accountable to nobody & above the law is absolutely unacceptable.”

Tuesday’s move by the two well-regarded members of the House, who not only lead a large caucus but also have worked closely with Democratic leaders and interest groups in Washington and nationally, was described by Free Speech for People President John Bonifaz as a “tide is turning” moment. As more prominent House Democrats speak in favor of an impeachment inquiry, that puts pressure on House Speaker Nancy Pelosi to reconsider her resistance to impeachment. It also encourages House Judiciary Committee chair Jerry Nadler to maintain his aggressive stance with regard to the administration’s assault on the system of checks and balances.

Bonifaz, a constitutional lawyer who has worked with groups such as MoveOn, CREDO Mobile, and Need to Impeach to form a broad-based coalition in favor of an impeachment inquiry, has pointed to a number of developments that have shifted sentiment toward impeachment. These include, as a critical development, the determination by Michigan Republican Congressman Justin Amash over the weekend that the president had committed impeachable offenses. But, for Pocan and Jayapal, the president’s decision to defy Congress—and to order his aides and allies to do the same—represented a breaking point. It was no coincidence that both members spoke out after former White House counsel Don McGahn refused to testify before Congress, in deliberate defiance of a subpoena issued by the House Judiciary Committee.

In a detailed statement calling for an impeachment inquiry, Pocan explained that “Congress has a responsibility to conduct oversight and get the information we need to deliver the truth to the American public regarding Russia’s interference in our elections. Stonewalling Congress on witnesses and the unredacted Mueller report only enhances the President’s appearance of guilt, and as a result, he has pushed Congress to a point where we must start an impeachment inquiry.”