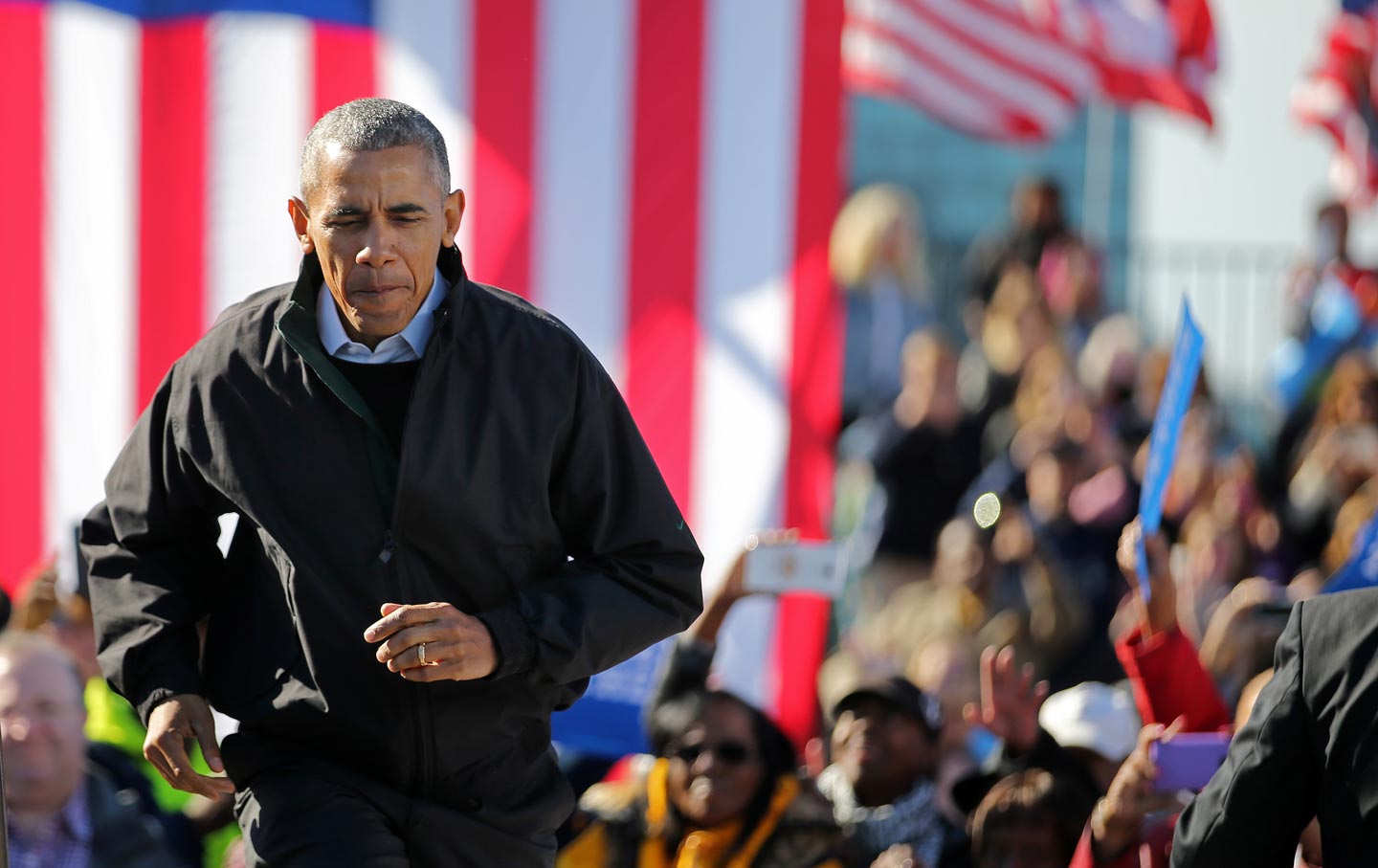 Too many congressional Democrats don’t get it. Senate and House Democratic campaigns run the real risk of squandering the political opportunity created by Donald Trump’s implosion in the wake of a tape showing him boasting about sexually assaulting women followed by multiple accusations from women that he did just that. If the bottom falls out of Trump’s campaign—as seems possible at this point—then control of the Senate and House of Representatives come into play, but Democrats need to properly understand the nature of the opportunity in order to seize the day.1

The stakes are enormous in terms of what is possible if Democrats take back control of the Senate in addition to winning the White House. Take a look at the Supreme Court: So many decisions that sustain injustice and inequality were decided by a 5-4 margin, with the late Justice Scalia being the fifth and deciding vote. Replacing Scalia with a progressive justice (hopefully one more progressive than Merrick Garland, and a member of a minority) means that all of those decisions could be overturned in coming years. Restoring the power of the Voting Rights Act, overturning Citizens United so that campaign finance reform can proceed, affirming the authority of the president’s executive action protecting millions of immigrants—these could all realistically come about with a President Hillary Clinton appointing a progressive justice who’d be confirmed by a Democratic Senate.2

If Republican stay home in large numbers, either because they are appalled by Trump or discouraged at his chances, then it’s eminently possible for Democrats to take back control of the House of Representatives. If that happens, then it really is the moral obligation of every single progressive to throw everything we’ve got at developing and passing legislation that will lock in social-justice policies and political advantages for decades to come. Finally, passing comprehensive immigration reform, reinstating the Voting Rights Act, passing campaign-finance reform, pursuing far-reaching climate-change legislation, and even taking bolder measures such as removing the restrictions on lobbying by nonprofit organizations (how is it right that Wall Street, the drug industry, big polluters, and the Chamber of Commerce can lobby to their heart’s content, but nonprofit advocacy organizations can’t?).3

Millions are being spent on ads to tarnish Republicans with Trump, but that’s not the best use of funds.

To usher in this new era, however, we have to understand and execute a smart strategy that will lead to victory. Unfortunately, Democrats are at risk of blowing it as they incorrectly understand the implications of the Trump phenomenon. Millions of dollars are being spent on ads seeking to tarnish Republicans with the stench of Trump, but that is not the best use of funds.4

The way to win is by linking Democratic candidates to Obama, not trying to connect the Republican candidate to Trump. Democrats need a net gain of four seats in the Senate to take control (assuming they win the White House). There are seven states with Republican incumbents up this year—New Hampshire, Illinois, Pennsylvania, Florida, Wisconsin, Iowa, and Ohio—that Obama carried in both 2008 and 2012. All of the incumbents up this year were elected in the off-year, low-turnout election of 2010. In each of those states, Obama got more votes in 2012 than the incumbent senator got in winning the seat in 2010. There are two other states Obama won in 2008, but not 2012—North Carolina and Indiana—where the Democrats could also knock off the Republican incumbent. And in Nevada, the one state Democrats run the risk of losing a seat they currently hold, Obama showed twice that Democrats can win there with a large voter turnout.5

There are two major problems with focusing on trying to tie Republican senators to Trump. The first is that they are not Trump, and Trump’s so extreme that the incumbents could actually wind up looking reasonable in comparison to him. The second and bigger problem is that those efforts are focused on the wrong pool of voters. The strategy of too many Democratic campaigns is to try to peel away swing voters who might be repulsed by Trump. But that strategy is unnecessary, as there are more than enough Democratic voters who already know exactly who Trump is. Those voters don’t need another TV ad regurgitating the latest vulgarity from the Republican nominee. What they need is childcare so they can vote and a ride to the polls. That’s where Democratic money should be going.6

Even in states like Ohio where the Democratic senate nominee Ted Strickland is in trouble in the polls, it’s not too late to turn things around if Strickland spends more time making it clear to the electorate that he’s with Obama than he does pointing out that Portman is in same party as Trump. Strickland trails in the latest Public Policy Polling survey by 15 points, but unpacking the poll shows the real problem. First of all, he lags far behind Obama’s level of support among African Americans. Obama received 95 percent of the black vote in Ohio (Clinton gets the same percentage in the PPP poll, proving it’s not just a black thing). But Strickland’s at 75 percent among African Americans, 20 points worse than Clinton and Obama. Among “Other” (largely Latinos in Ohio), Strickland’s at just 55 percent, whereas Clinton and Obama surpassed 75 percent. And while he also trails among whites with just 29 percent, that’s far below the potential Democratic support in the state as Obama got 41 percent of the white vote, and Clinton’s polling at 39 percent. What’s happening is that the Democratic electorate is just not excited about Strickland, and he’s done little to get them motivated. But rather than running  about how Portman endorsed Trump (a task complicated by Portman’s recent disavowal of Trump), he should be communicating how great Obama’s agenda is, how much Portman blocked it every step of the way, and how Strickland will protect and extend the Obama legacy. The popular president isn’t even mentioned in Strickland’s ads, but the pro-Obama message should be delivered in every black church, barber shop, and hair salon from Cincinnati to Columbus to Cleveland every hour of every day between now and November 8.7

The situation is similar in the House of Representatives. Democrats need to flip 30 House seats to make Nancy Pelosi speaker again. Because of partisan redistricting in 2011 that task is now harder, but a Trump collapse makes it possible. There are 15 seats that, by my calculations, Democrats could win just by increasing voter turnout of people of color, but the other 15 are harder. If a lot of Trump supporters stay home, however, then many more seats come into play. As with the Senate, though, the key will be to maximize Democratic turnout, not hope the stench of Trump gets Republican voters to suddenly start voting for Democrats.8

From the moment Trump called Mexican immigrants rapists at the start of his campaign and rocketed to the top of the polls in the Republican primary, this election has represented the last stand of unapologetic white nationalism as a political strategy. Now the chickens are coming home to roost, and the possibilities for progressives are enormous. But we’ll only realize those possibilities if we use every resource, dollar, and staff and volunteer hour to get the Obama coalition—the New American Majority—back to the polls. In so doing, we’ll not only cement and protect the accomplishments of our first black president, but we’ll accelerate the dawning of a day where racial, economic, and social justice can be the defining hallmarks of American society.9