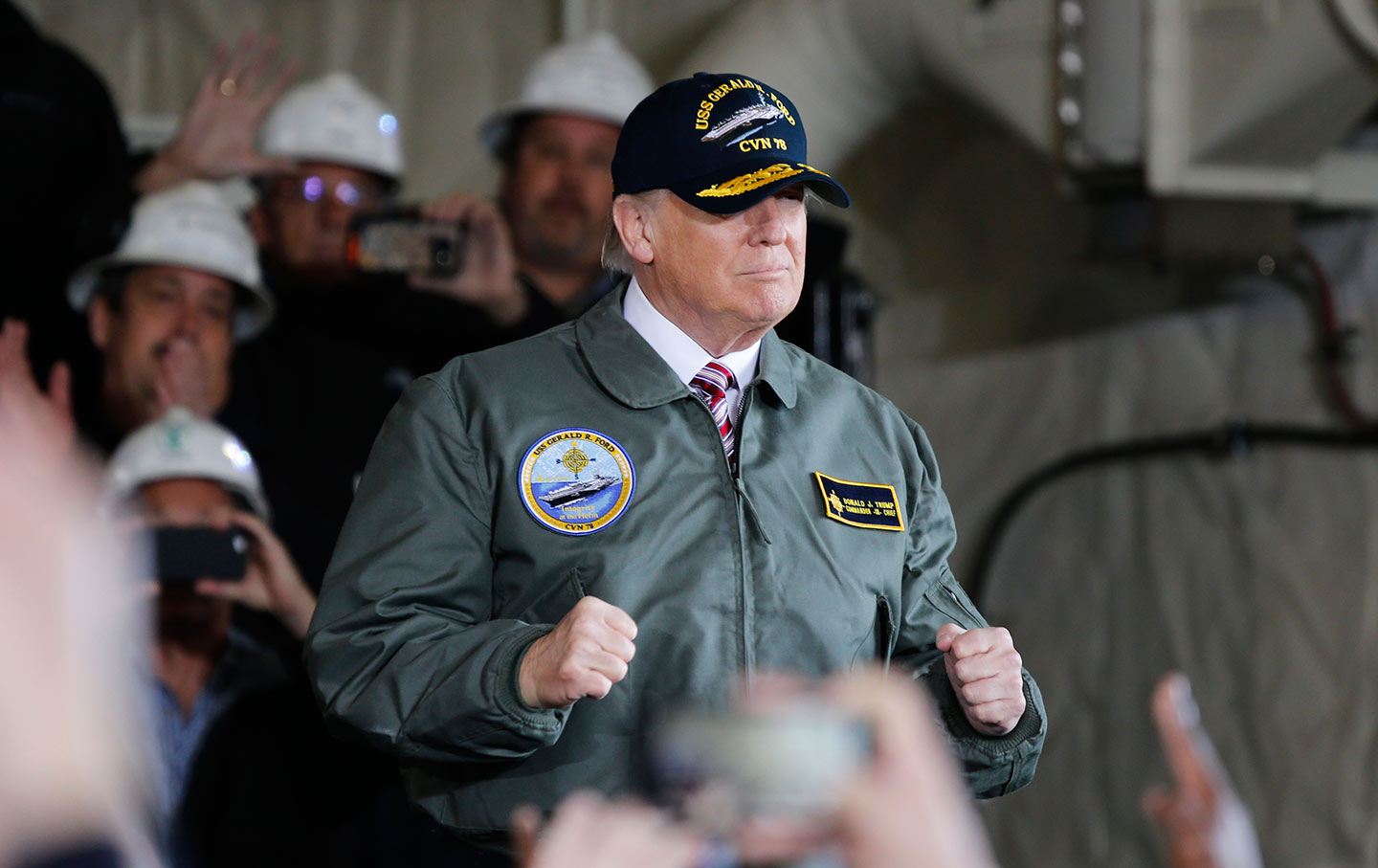 Paul Ryan may be winding down his tragic tenure as Donald Trump’s sycophantic speaker of the House, but that does not mean Congress will automatically reassert itself as a coequal branch of government—especially when it comes to matters of war and peace. Members of the chamber will need to act affirmatively on behalf of the rule of law, and the system of checks and balances that maintains it, in order to reestablish the role of Congress in this vital sphere. And they need to move quickly.

Throughout his two decades in Congress, Ryan has served as an unthinking and profoundly irresponsible war hawk, positioning himself as an errand boy for presidents who seek to engage in military actions without congressional authorization. As his power increased, so did the Republican leader from Wisconsin’s determination to hand off the power of the legislative branch to constrain the executive.

In one of his darkest moments as speaker, Ryan blocked consideration in 2017 of a bipartisan amendment to renew the role of Congress as a check and balance on presidential war making. As he did on so many issues, Ryan chose to hand a blank check to Donald Trump.

But this blank check for endless war undercuts the Constitution, and that is just one of the reasons Congress needs to step up now to challenge Trump’s scheming to launch unauthorized military strikes against Syria. Barbara Lee, who proposed the 2017 amendment that Ryan blocked, has the right answer to all the questions about how the president might respond militarily to reports of atrocities in Syria. “This is not President Trump’s decision to make,” says the congresswoman from California who is the House’s most serious advocate for renewing the constitutionally defined system of checks and balances with regard to war making. “Congress, not the president, gets to decide when to go to war.”

Lee, who cast the lone vote against a 2001 authorization for the use of military force that has become an excuse for endless and ill-fated war making, is not alone in arguing that there is something very wrong with a president who uses social media to announce military strategies that could put the United States in conflict not just with the Syrian regime but with Russia.

“Donald Trump is now announcing wars on Twitter. The people—through their congressional representatives—are the only ones who can stop him,” argues Lee. “Congress has avoided voting on our wars for 16 years. We can’t afford to hide from this responsibility for a single day longer.”

The good news is that the woman who stood alone in 2001 is not standing alone anymore. Congressional Progressive Caucus co-chairs Raúl M. Grijalva (D-AZ) and Mark Pocan (D-WI) have joined Lee in reminding Trump that “any U.S. use of force must be authorized by Congress first, as required by the Constitution and the War Powers Resolution. As the people’s elected representatives, we stand willing to carry out our constitutional duty to debate and vote on whether we should authorize military action in Syria.”

Vermont Senator Bernie Sanders agrees, saying, “Whether Trump likes it or not, it is Congress, not the president, who determines whether our country goes to war. Congress must not abdicate that responsibility.”

Kentucky Senator Rand Paul agrees, saying, “Promising war by tweet insults not only the Constitution but every soldier who puts their life on the line.”

Democrats and Republicans, from the left and from the right, have stepped up to bluntly and correctly assert, as Congressman Justin Amash (R-MI) says, that “Congress hasn’t authorized war against Syria. Unless Pres Trump expects imminent attack on U.S., use of force is unconstitutional and illegal.”

Amash and Congresswoman Zoe Lofgren (D-CA) are circulating a House letter insisting that Trump get Congressional authorization before striking Syria.

Like Lee, Amash has tangled with Ryan before on questions of war and peace. The Michigan Republican has the speaker’s number: “If there’s a war,” Amash argues, “[the speaker wants] that war to be fought without…Congress having any input, because then afterwards you can decide whether you supported it.… Did it go well? OK, I was for it. Did it go poorly? Oh, I was against that the whole time.” What Amash describes is the textbook definition of failed leadership, and the dissenting Republican is right to apply it to Ryan.

The speaker has announced his exit strategy, yet for now he continues to undermine the system of checks and balances when it comes to presidential war making. As such, he is shredding the Constitution in the most dangerous and reprehensible of all ways.

House members from both parties have a duty—and, because of Ryan’s rapidly diminishing circumstance, an opportunity—to declare that there will be no more blank checks for war.