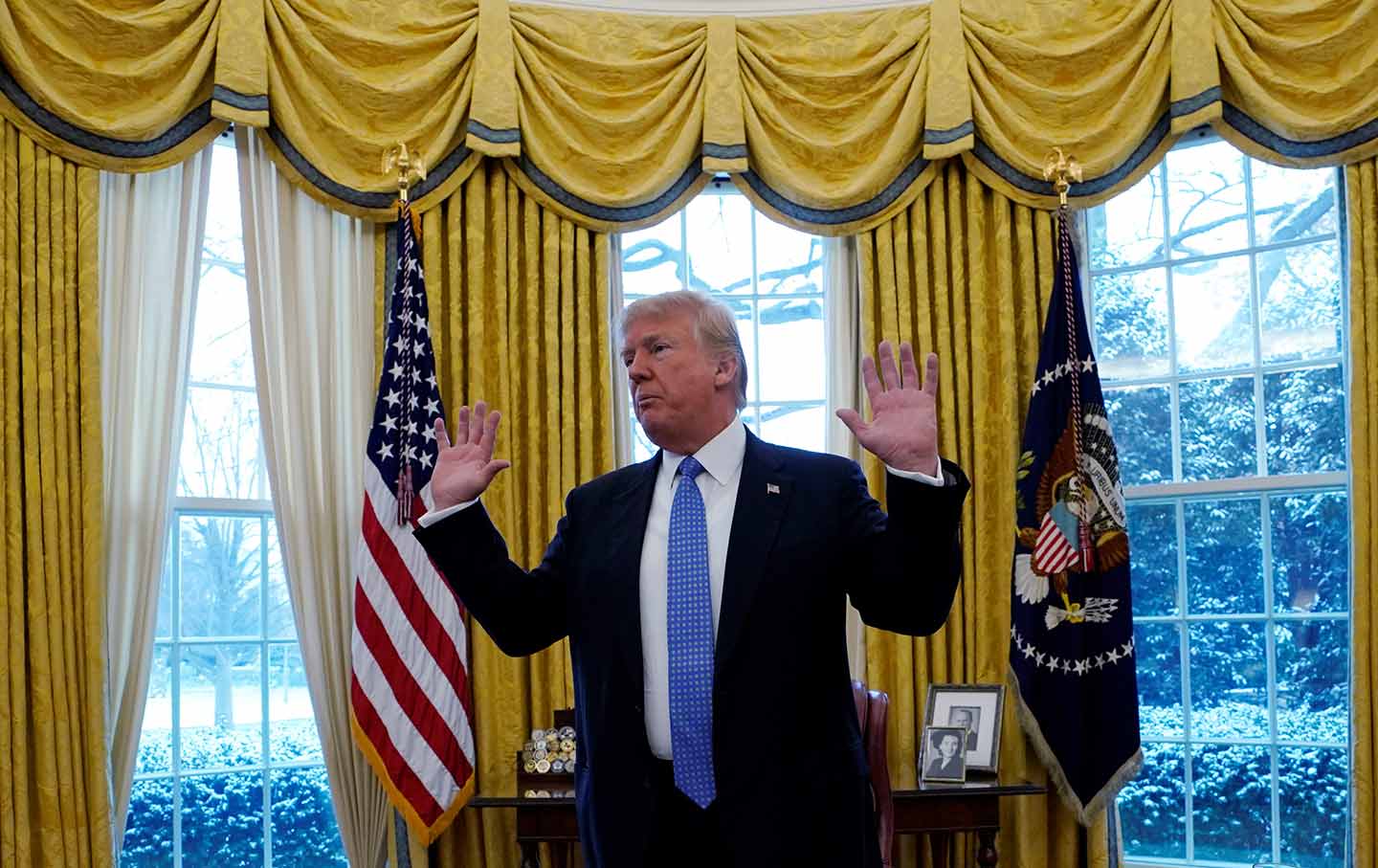 The arguments for impeaching Donald Trump are sound. Constitutional scholars have made the case that this president’s acknowledged obstructions of justice, his disregard of the emoluments clause, and his lawless approach to governance demand congressional inquiry and action.

But that does not mean that congressional action short of impeachment should be neglected.

— Questioning whether Haitians needed to be included in the compromise. “Haitians, why do we need more Haitians? Take them out,” President Trump said.
— Referring to African countries as “shitholes” or “shithouses;” and
— Suggesting that instead of accepting immigrants from predominately black Haiti and African countries, the United States should instead allow more immigration from predominately white countries like Norway.

Though the US Constitution does not specifically mention censure as a tool for reprimanding a president, there is a precedent for its use—Trump’s hero President Andrew Jackson was censured for withholding documents detailing the actions he engaged in to defund the Bank of the United States. Numerous censure resolutions have been proposed from the days of the nation’s founding to the present—for instance, then–US Senator Russ Feingold (D-WI) led a serious effort in 2006 to censure President George W. Bush for breaking the law by authorizing an illegal wiretapping program, and for misleading Congress and the American people about the existence and legality of that program.

“The President’s bigoted fearmongering is not acceptable and his remarks completely warrant total condemnation and censure from Congress.”

The censure resolution holds out the prospect of a formal congressional renunciation of the president’s racism, and can put House members from both parties on record regarding the domestic and international damage done by Trump and those who enable him.

Congressmen Cedric Richmond, the Louisiana Democrat who chairs the Congressional Black Caucus, and New York’s Jerrold Nadler, the ranking Democrat on the House Judiciary Committee, announced Thursday that they are introducing the censure resolution. Their fellow Democrats, and responsible Republicans, have a responsibility to their constituents and their country to support it—not for purposes of partisan positioning but because, as Nadler said Thursday, the Congress has a “duty to officially condemn and separate itself and the U.S. government from President Trump’s racist remarks.”

Richmond and Nadler have explained that “The President’s bigoted fearmongering is not acceptable and his remarks completely warrant total condemnation and censure from Congress. American immigration policy cannot and should not be guided in any way, shape or form by racism.”

With almost 150 House members stepping up as supporters of the move to censure the president, the congressmen plan to ask Speaker Paul Ryan and House Republican leaders to bring up their resolution for swift consideration and approval, declaring that “Congress must speak with one voice in condemning these offensive and anti-American remarks. There is no excuse for it.” If Ryan refuses, Richmond says, “he’s associating himself with the remarks the president made.”

Richmond and Nadler have been meticulous in the preparation of their resolution, and in making the case for it, presenting a powerful argument that Congress must signal to the world that Americans reject Trump’s crude comments about countries that are allied with the United States and about immigrants who have contributed mightily to the American experiment.

“This censure resolution is important because America is a beacon of hope,” Richmond and Nadler said in a joint statement. “We have to show the world that this president does not represent the real feelings of most of the American people which is part of the reason why he lost the popular vote.”