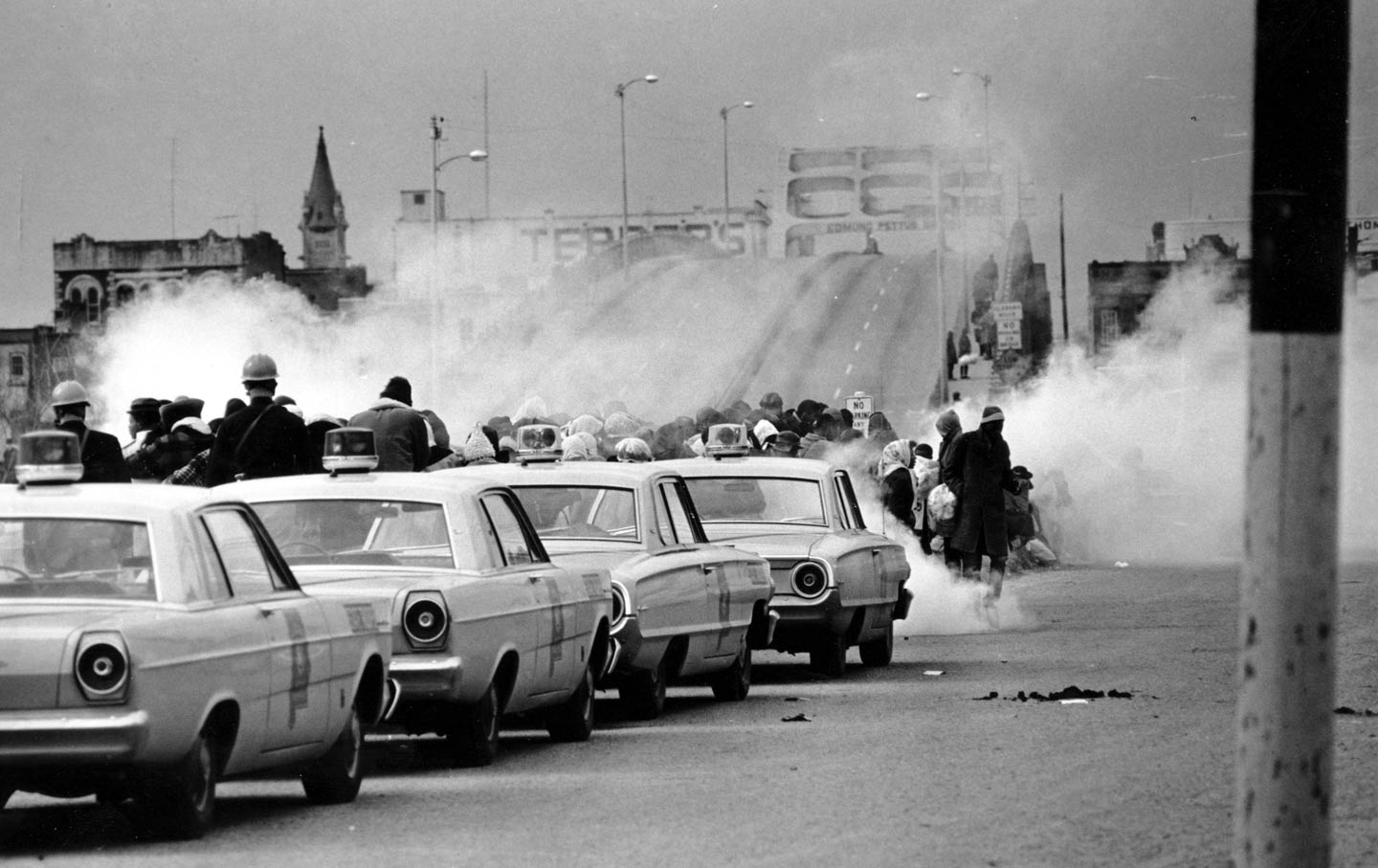 On February 18, 1965, the Rev. C.T. Vivian, a close ally of Martin Luther King Jr., led a dangerous night march in Perry County, Alabama, to protest the arrest of civil rights worker James Orange. Alabama State Troopers were ordered to target Vivian and attacked the 200 peaceful marchers. One state trooper shot and killed 26-year-old Jimmie Lee Jackson, a deacon and woodcutter who had tried to register to vote five times in Perry County, where only 265 of 5,202 eligible black voters were on the voting rolls.

Jackson’s death inspired the Bloody Sunday march in Selma on March 7, 1965, when civil-rights activists, including John Lewis,were brutally beaten while attempting to march to Montgomery in support of voting rights. The atrocities in Selma led to passage of the Voting Rights Act. “Our struggle resulted in true victory,” Vivian said. “Congress gave us the Voting Rights Act.”

On Wednesday afternoon, the foot soldiers of the Selma marches will receive a long overdue Congressional Gold Medal, the body’s highest honor. Lewis and Frederick Reese, a longtime civil-rights activist from Selma, will accept the award on behalf of the marchers.

But it will be a bittersweet ceremony for activists like Vivian, who are angry that Congress is honoring the Selma marchers but has not acted to restore the VRA, which the Supreme Court gutted in 2013. “When the Supreme Court gutted the Voting Rights Act, it was like being beaten all over again,” Vivian said. “The Congress that wants to honor us won’t get it together to restore what we’ve lost with the Voting Rights Act.”

There are two pieces of legislation with bipartisan support in Congress to fix the VRA, the Voting Rights Amendment Act of 2014 and the Voting Rights Advancement Act of 2015, but the congressional GOP leadership refuses to advance them. Speaker of the House Paul Ryan, who’s presiding over the Gold Medal ceremony, said he personally supports fixing the VRA but won’t push House Judiciary Chairman Bob Goodlatte to hold hearings on the issue.

“This Congress has done nothing, not even held a hearing, on two bipartisan bills,” says Wade Henderson, president of the Leadership Conference on Civil Rights. “While Congress should honor the Selma struggle, a medal is not nearly enough to redeem what our nation lost when the Voting Rights Act was gutted.”

Now is a pressing time for Congress to act. Last year marked the 50th anniversary of the VRA. This year is the first presidential election in 50 years without the full protections of the law. Sixteen states have new voting restrictions in place since 2012, including places that previously had to approve their voting changes with the federal government, such as Alabama, Georgia, Mississippi, South Carolina, North Carolina, Texas, and Virginia.

“Gold medals are great—I think it’s long overdue and much deserved that the foot soldiers are going to finally get their place in history,” Congresswoman Terri Sewell of Selma told me, “but the biggest tribute that we can give to those foot soldiers is fully restoring the Voting Rights Act.”