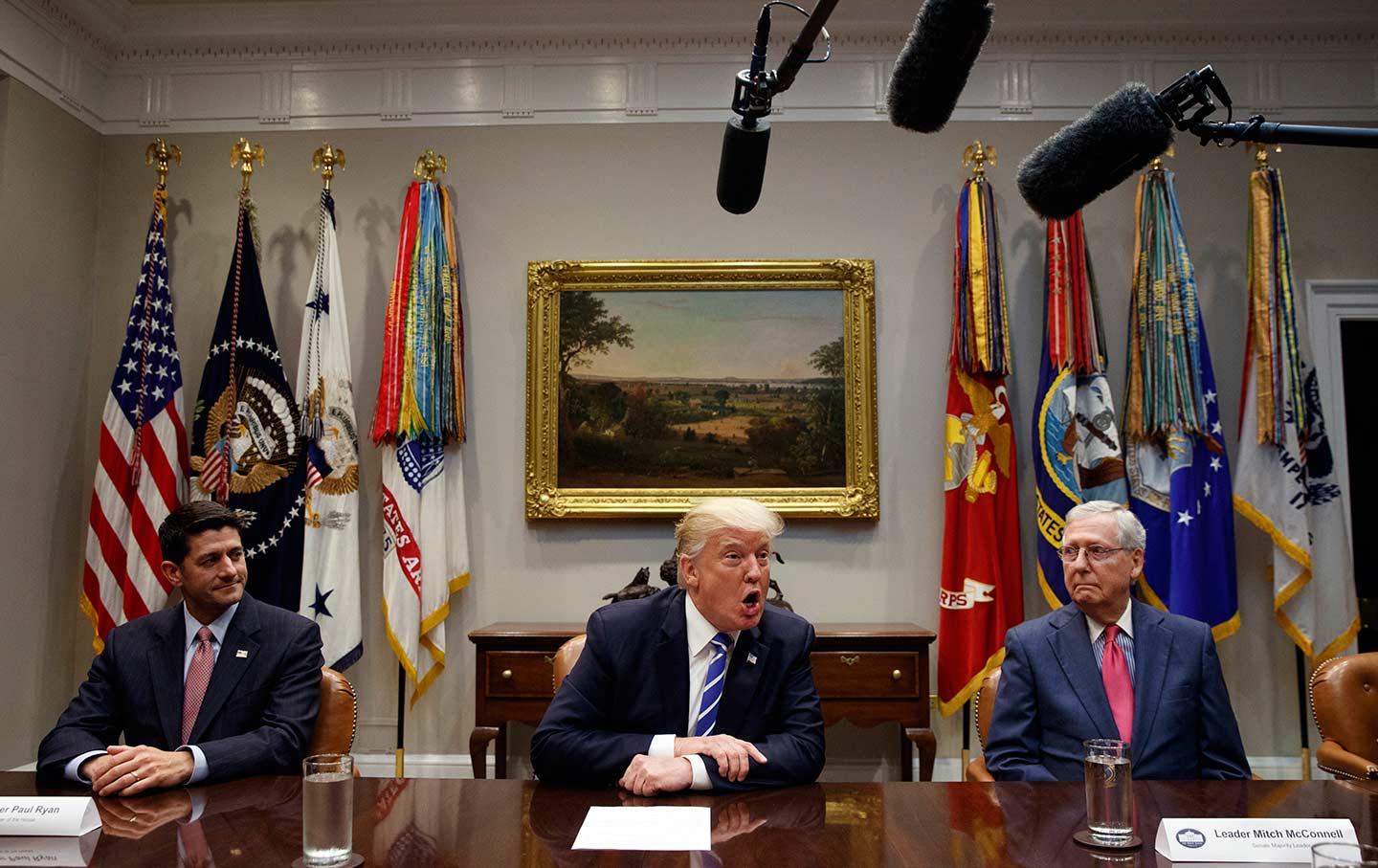 Take Action Now gives you three meaningful actions you can take each week whatever your schedule. This week, we’re focused on Hurricane Irma relief, combating Trump’s lies about taxes, and fighting to defeat his administration’s Muslim ban. You can sign up here to get actions like these in your inbox every Tuesday.

Donate to local organizations helping people recover from Hurricane Irma. The Hurricane Irma Community Recovery Fund is raising money for grassroots organizations in Florida that are providing historically marginalized communities access to critical services such as health care, housing, transportation, and legal representation. After the national media move on, these organizations will continue to help the most vulnerable in their community rebuild. You can read more and donate here.

Make a phone call and post on social media to combat Trump’s tax cuts. Early this week, President Trump cited Hurricane Irma as a reason to “speed up” his tax-reform plan. We can expect that, far from being helpful to anyone recovering from a hurricane,  the plan will involve tax cuts for the very wealthy, paid for with drastic cuts to vital services like Social Security, Medicare, Medicaid, and education. Use this tool to make a phone call to your representative in the House to demand that they say “no” to any budget or tax plan that helps the rich at the expense of the rest of us. Then use stoptrumptaxcuts.org to read and share concrete facts on Trump’s proposed tax giveaways to the wealthy.

Attend or organize an event for the #NoMuslimBanEver month of action. On October 10, the Supreme Court will hear two cases on the Trump administration’s unconstitutional and unjust Muslim and refugee ban. In the weeks leading up to that day, people across the country will attend and organize events, forums, dialogues, and actions to show that they will not accept attacks on Muslim communities. The month then culminates with a national mobilization on October 10 in DC. You can find an event near you here (or read through the toolkit and host your own) or sign up to attend the DC mobilization here.