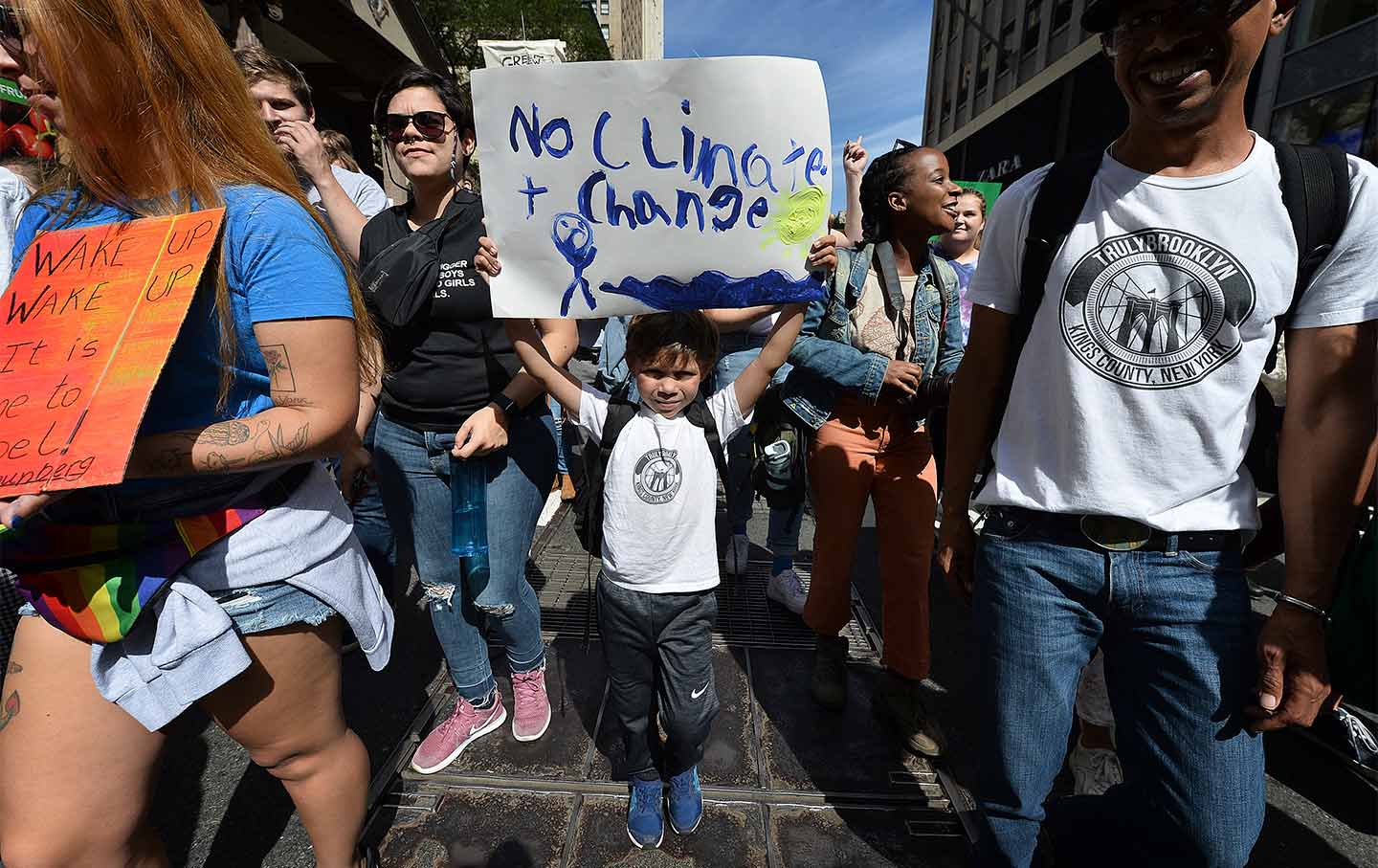 Young activists went on strike in support of climate action across the world on September 20. (AP / Anthony Behar)

A teenager hollered it from among the mass of marchers in the street, and the faces of a few nearby adults who were cheering from the sidewalks fell slack. That message—urgent, and drawing a stark line between the generations—was emblematic of New York City’s climate strike, one of hundreds of climate actions that took place in more than 150 countries on September 20. Inspired by 16-year-old Greta Thunberg’s protests outside the Swedish parliament, young people around the world are waging a week of Global Climate Strikes surrounding the UN’s Climate Action Summit on September 23. Thunberg famously told world leaders at the World Economic Forum in 2019, “I don’t want your hope.… I want you to panic. I want you to feel the fear I feel every day. I want you to act.” Strikers in New York echoed that sentiment today.

An estimated 250,000 New Yorkers—mostly teenagers, but also parents, union workers, and other adult allies—marched from Foley Square to Battery Park, where Thunberg and two other teenage activists who are suing the United States government for failing to confront climate change were set to speak. The New York Times reported that New York City teachers were barred from attending the protests after the city’s department of education decided that it would violate rules on having a “politically neutral learning environment.”

The official posting for the New York City strike acknowledged that the march fell on the second anniversary of Hurricane Maria, connecting climate change to the devastation of front-line black and brown communities. While some signs had timeless maxims like “Save the turtles,” many demanded more aggressive action, condemning capitalism as a planet killer and calling for socialism to end the crisis. Some strikers carried signs supporting the Green New Deal, translating the call for climate justice into a policy demand. Massive, striking cut-outs of the CEOs of ExxonMobil, Chevron, and Shell were held aloft with devil horns drawn onto their foreheads and signs saying “Climate Villain” and “Climate Corrupter” tacked to their chests.

When adults applauded from the sidewalks, the teens cheered back, and an 8- or 9-year-old shouted for the grownups to join the march. One young striker, a 17-year-old named Yescarlin from the James Baldwin School in downtown Manhattan, felt the divide starkly. “Adults aren’t taking this seriously,” she said, “so we’re gonna do something.” She was echoed by hundreds of signs that bobbed like buoys in a sweaty, electric ocean of teenagers. “Sea levels are rising,” one proclaimed, “and so are we.”