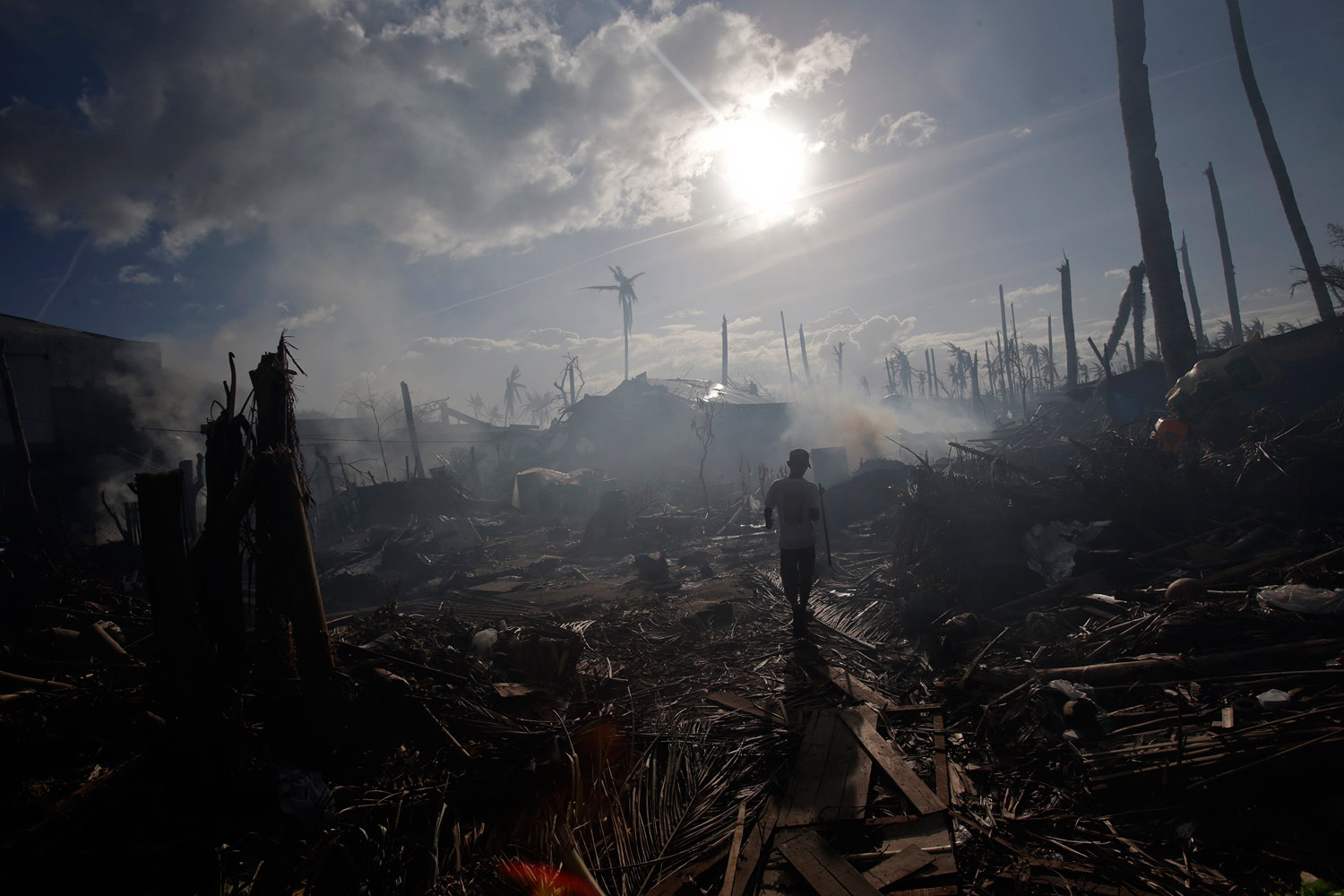 I’m not watching Years of Living Dangerously, Showtime’s nine-part series on climate change. I’m not going to read Elizabeth Kolbert’s The Sixth Extinction: An Unnatural History, despite its great reviews. When I see a long article in The New York Times about melting glaciers or flooded coastal plains or disappearing species or deforestation or desertification, I skip it. Why? Because I already know what’s happening and about to happen. Reading the fine print is just going to make me feel sadder than I already do, without giving me any action I can take that will do more than give me the illusion that I am making a difference.

At The Nation, we have to believe that knowledge is power, or why would we spend our lives bringing people the bad news? And sometimes information does indeed spark change: they called the war in Vietnam “the living-room war” because television brought its horrors into our homes, and eventually that constant flow of violence and lies brought ordinary people into the streets to join the students and the peaceniks. There are plenty of issues where educating and mobilizing the citizenry has begun to transform society: violence against women and children, for example. The shame that is our prison system may be next.

But climate change is different. It is not something we can vote against or refuse to pay our taxes to protest. Writing letters to our congressperson will not help, nor will recycling our bottles and cans. Individual action—even the individual actions of hundreds of thousands of people in concert—won’t be enough. Climate change has too many sources, involves too many interest groups, crosses too many borders, slices through too many political alliances to make possible the kind of united national and international effort required to stop it. Also, doing nothing is too profitable. Perhaps that last is indeed the main thing. Too many people are making money out of feeding the insatiable consumer demand for more.

Some scientists think it’s already too late, but let’s say they are wrong, and the scientists who give us ten years or even twenty are right. Let’s say that if every developed nation were to drastically cut its greenhouse emissions beginning today, our poor old earth would mostly muddle through. Overlooking the rather large fact that these measures would cause the world economy to collapse, think what would have to happen: everyone goes vegetarian, uses cars and planes only for emergencies, gets rid of air conditioning, ceases to cut down forests to build new houses. In short, we radically restrict individual consumption in every conceivable way, while governments force industry, especially the oil, coal and gas industries, to do whatever is necessary to… do whatever is necessary. Given our system, how could any of that happen on the necessary scale, let alone happen in time?

Moreover, while we would be cutting back, India, China, Brazil, Indonesia and other formerly poor nations would still be surging forward. And how could we, who are vastly responsible for global warming in the first place, tell them, “Sorry, you got rich too late: no steak or family car or air conditioner for you? Go back to your villages and swelter.”

Climate change is the tragedy of the commons for the entire globe. For each individual, there is not enough motivation to alter our current behavior except around the edges to feel virtuous, if indeed behavior change were possible. (Americans may be driving a bit less, but how many Americans could do without their car?) For industry, the incentives are almost all the other way, and state and federal governments are largely industry’s captives. Among nations, there are too many competing interests and no sufficiently powerful international mechanism to lay out a course of action and enforce it. By the time the collective damage is done, it will be too late to undo it.

I hope I am wrong.