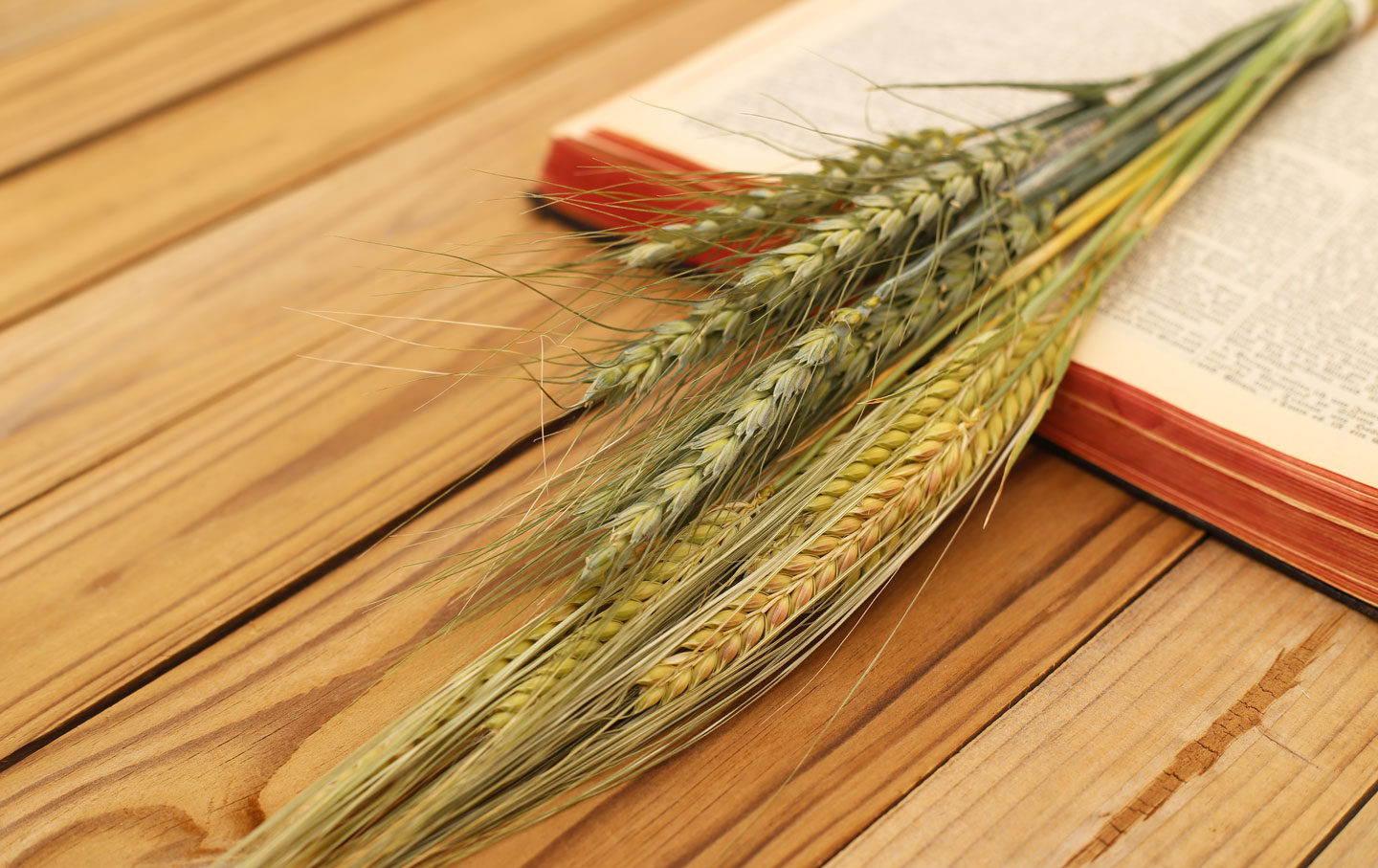 In this issue, Nathan Schneider writes about Pope Francis’s economics. Here, he recommends five books of Catholic thought that display strikingly similar concerns to those of secular activists today. Each one emphasizes the wisdom of ordinary people. “In church each week,” Schneider says, “I learn Catholic economics from the diversity of classes and colors who meet under the image of an executed radical.”

Francis and Clare: The Complete Works
Translated by Regis J. Armstrong
Paulist Press, 1988
Buy
This essay collection brings together the complete works of two of Catholicism’s greatest proponents of virtuous poverty. Francis of Assisi, from whom the present pope took his name, brought renewal to the medieval church by stressing the wisdom of poverty over that of wealth. His friend Clare, who founded the women’s order of Franciscans (subsequently called the Poor Clares), fiercely defended that vision. She insisted that her sisters should govern themselves and reminded them: “The Lord often reveals what is best to the lesser [among us].”

Distributive Justice: The Right and Wrong of Our Present Distribution of Wealth
by John A. Ryan
1916
Buy/Read
In the ongoing labor strife before the New Deal, Minnesota-born Monsignor Ryan was a prominent defender of such radical proposals as a minimum wage and shorter working hours. In Distributive Justice, he surveys democratic, cooperative enterprises and finds in them not only efficiency and justice but “the mechanism and the atmosphere for a greater development of the altruistic spirit than is possible under any other economic system.”

Easy Essays
by Peter Maurin
Franciscan Press, 1977
Buy/Read
Born to a family of poor farmers in France, Maurin went on to cofound the Catholic Worker movement with Dorothy Day in New York City, championing its agrarian tendency. He wrote melodic, didactic poems that extolled “a philosophy so old that it looks like new”—including notions toxic to industrial capitalism, such as the ancient prohibition on usury and the need for local communities to organize, govern, and feed themselves.

This standby of dusty bookstores appeared in 1973, two years after its author, a prominent British economist, converted to Catholicism. He quotes Pope Pius XI, but there’s also a chapter on “Buddhist economics.” Prefiguring Pope Francis, Schumacher recognized the failure of mainstream economics to account for the natural world and outlined an economy that rests not on maximizing production or accumulation, but on the pursuit of balance and communal flourishing.

On the basis of ethnographic interviews rather than abstract reflection, Cuban theologian Isasi-Díaz developed a branch of liberation theology that centers on the lived experience and faith of Latina women. She looked to the margins of society, as Clare and Francis did, to renew a religion often employed to marginalize. Rejecting trickle-down logic, this method begins with hearing the wisdom of the poor and practicing solidarity with their struggles.