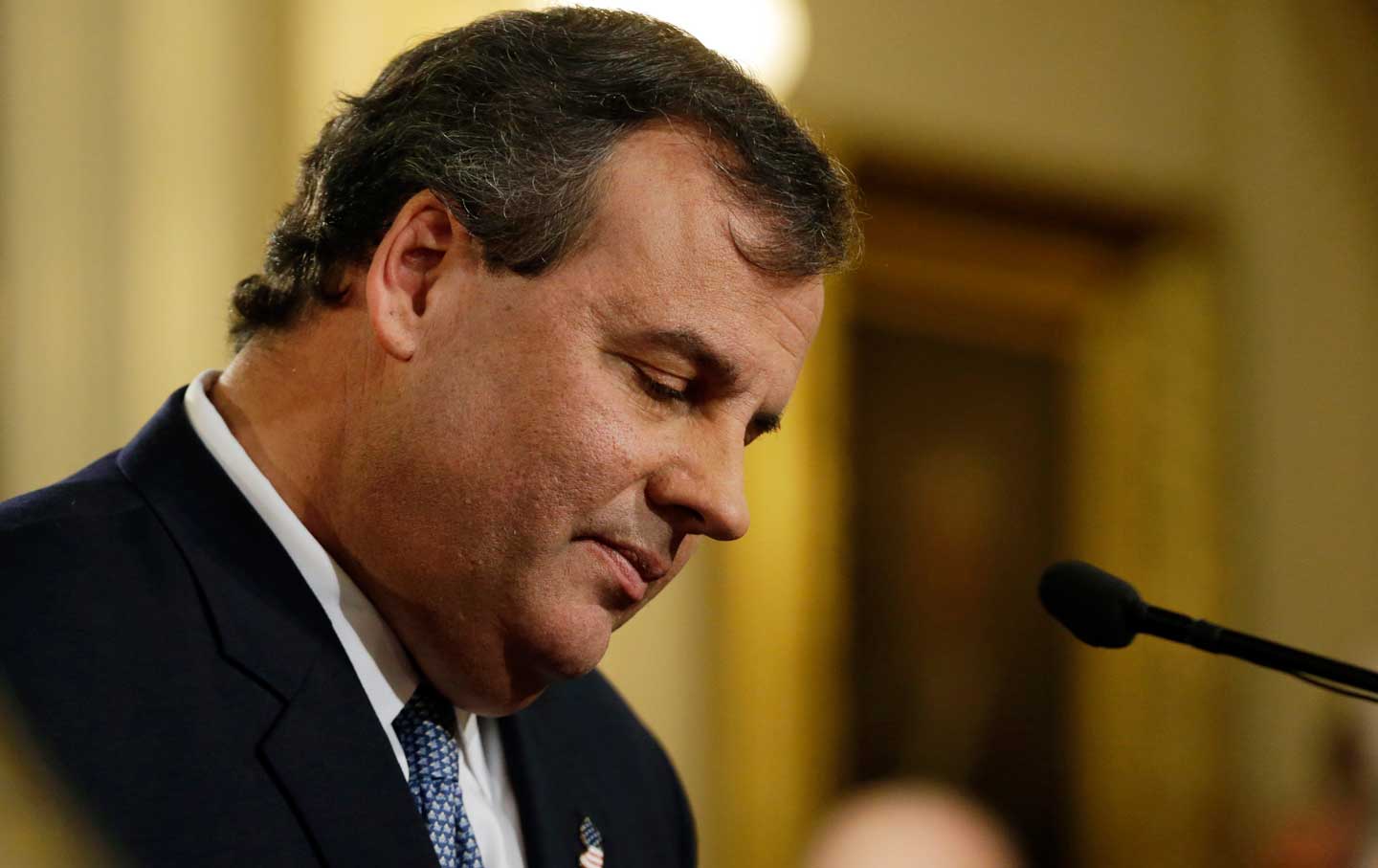 Maine Governor Paul LePage, whose racially insensitive statements have drawn national criticism, have faced calls this week for his censure and even an impeachment inquiry. But the Republican governor’s favorite candidate for president, New Jersey Governor Chris Christie, continues to defend LePage.

Even as legislators in Maine say LePage has “humiliated our state,” Christie says “he’s a good man.”

The move to begin the impeachment inquiry was tabled Thursday by the state House, as even some Democrats said they would prefer to censure the governor, or to establish a recall process so that citizens can hold elected officials to account.

But the legislative and media discussion of impeaching or censuring LePage highlights the many controversies surrounding a governor who promised during his campaign for the state’s top job that “as your governor, you’re gonna be seeing a lot of me on the front page saying ‘Gov. LePage tells Obama to go to hell.’”

The censure and impeachment talk was amplified this week when a group of Democratic and independent Maine legislators prepared a measure calling for the establishment of a House Special Investigative Committee “to investigate allegations of misfeasance, malfeasance, nonfeasance and other misconduct by Governor Paul R. LePage, and to make a recommendation to the full House of Representatives as to whether cause exists for impeachment.”

One of the legislators backed the impeachment effort, Jeffrey Evangelos, an independent, said of LePage, “He demonstrated that he is unfit for the office of governor of Maine. He is a national embarrassment, and he has humiliated our state.”

LePage, who was elected 2010 with just 38 percent of the vote and reelected in 2014 with less than 50 percent support, has always been controversial. But the impeachment inquiry follows an incident that earned national and international headlines. At a public meeting last week on the heroin crisis that New England states have faced, the governor declared that out-of-state drug dealers were coming to Maine and impregnating “young white” girls.

Mainers and national commentators characterized the governor’s words as “overtly racist” and indicative of a “racist…world view.” And the governor has not helped himself with his attempts at explanations. Last week, he defended himself with this rationale: “Instead of saying, ‘Maine women,’ I said, ‘White women.’ I’m not going to apologize to the Maine women for that, because if you go to Maine you will see we are essentially 95 percent white.” LePage then griped about reporters for covering his remarks and told them, “If you want to make it racist, go ahead and do what you want.”

That did little to calm criticism of LePage in Maine. And, nationally, there have been calls for Christie to distance himself from LePage, one of only two Republican governors currently backing the New Jersey governor.

Christie, who has campaigned for LePage and who flew to Maine to accept the governor’s endorsement last year, has so far stuck by his supporter. The New Jersey governor said on MSNBC’s Morning Joe that LePage’s racially charged comments did not “change a bit for me my affection for him, as a leader and as a person, and he’s a good man.”

Christie explained that “we can’t judge people by one set of remarks they make.”

But the calls for censure and impeachment was about more than one set of remarks by LePage. Almost two years ago, a scandal involving the governor’s bullying of state Department of Labor hearing officers (whom the governor reportedly pressured to be more sympathetic to business in decisions about unemployment benefits), drew national attention and led state Representative Diane Russell, a Portland Democrat, to launch an “It’s Time for Paul LePage to Resign” petition that drew thousands of signatures.

This week’s impeachment order proposed that “The committee shall conduct a comprehensive review of allegations of misconduct by Governor LePage, including but not limited to the:

1. Refusal, beginning in 2012, to facilitate the issuance of land conservation bonds that were ratified by the voters of the State in statewide elections held in November 2010 and November 2012, and the Governor’s repeated insistence on extracting compliance from the Legislature on unrelated issues prior to his carrying out the will of the people of the State regarding issuance of the bonds;
2. Alleged use of state assets as leverage to bring about the resignation in 2013 of the President of the World Acadian Congress, Jason Parent;
3. Exertion of pressure, in March 2013, on hearing officers in the Bureau of Unemployment Compensation of the Maine Department of Labor to favor employers in their decision-making;
Refusal, beginning in May 2013, to allow cabinet members and members of the administration to appear and testify before legislative committees;
4. Alleged use of state assets as leverage to bring about the resignation in January 2015 of the Maine Community College System President, John Fitzsimmons;
5. Requesting, in February 2015, that the Maine Human Rights Commission postpone a proceeding against a particular business pending before the commission and threatening to withhold state assets when the commission declined to postpone the proceeding;
6. Creation in April 2015, without public notice in violation of the Maine Freedom of Access Act, of a panel to conduct a review of the Maine Human Rights Commission; and
7. Alleged use of state assets as leverage to intimidate the Board of Directors of Good Will-Hinckley in June 2015 into terminating its employment of Mark W. Eves, the Speaker of the House of Representatives; and be it further

As state Representative Evangelos says, “The governor’s [recent] remarks unmask what many of us already knew about his racist and xenophobic tendencies, his class war against poor people of all colors and his vindictiveness toward immigrants based on color and religion.”