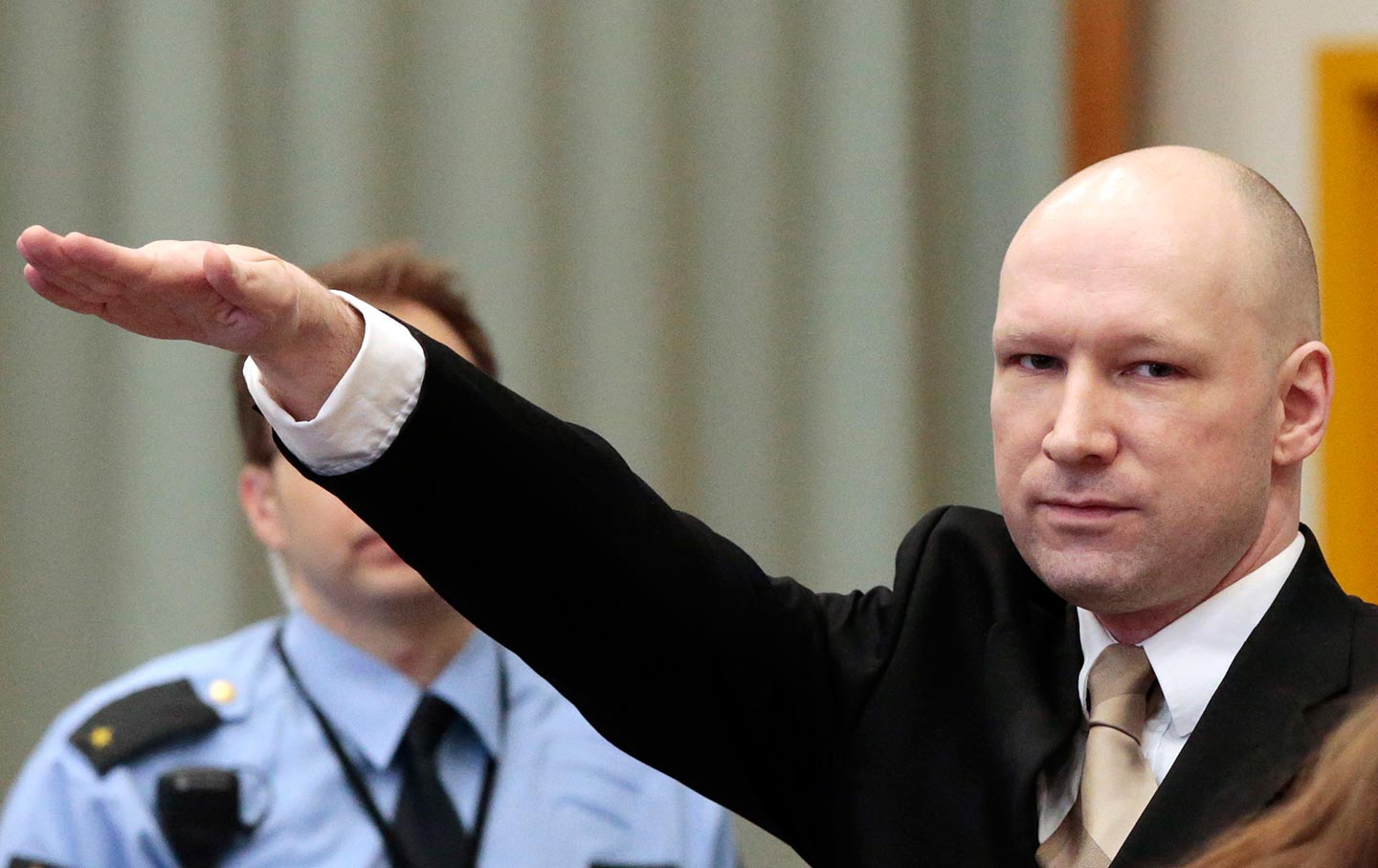 At the juncture of blood-strewn history and a crisis-ridden future, 49 Muslims in New Zealand lie dead, executed at prayer by a white supremacist. A man has been charged with murder while others are being questioned over their involvement and the names of the victims have not yet been made public.

The debate over how to interpret the two shootings in Christchurch has already begun, provoked by the shooter’s apparent media savvy. He live-streamed the executions on Facebook, the video immediately spreading to other social-media sites; he prepared a manifesto laden with the idioms of reactionary Internet culture, directly quoting the infamous “Fourteen Words” while deflecting with references to unserious alt-lite media creatures and video games, his self-presentation the apotheosis of this culture’s insidious contradictions, the irony-poisoned troll itching to murder his enemies: Muslims and their children, leftists, and anyone who would threaten the maintenance of white, European supremacy.

At the beginning of the live stream, a man welcomed the shooter, whose weapon was inscribed with white-supremacist messages, to the mosque: “Hello, brother.” He was then shot dead.

What to make of this? How to frame it? How much to reproduce and how much to obscure?

First, let’s call it what it is. This is not a “troll,” a provocation, or some Internet meme come to life. It is the logical outcome of widespread white supremacy—at least the third such attack or attempted attack on black, brown, and Jewish people in six months—and it is dizzying to consider how forcefully anyone opposing racism, fascism, and xenophobia must respond. The weight of our responsibility to the dead, their families, and one another is crushing. “Truly,” wrote Aimé Césaire in his 1955 Discours sur le colonialisme, “there are sins for which no one has the power to make amends and which can never be fully expiated.”

Still, experts and analysts will weigh in, sagely advising us to remember that much of what this man wrote was likely intended as a joke, that the communities he was a part of use “extremist” rhetoric for shock value. Others will demand that we not consider his words at all, that this is giving him what he wants—that his actions can be ascribed to apolitical hatred and to ask where that hatred comes from is to “normalize” or “legitimize” it.

Establishment liberals and conservatives are issuing their standard denouncements of hatred and violence, while reactionaries scramble to disavow a man who has done nothing more or less than take them seriously. The alleged shooter titled his apparent manifesto “The Great Replacement,” a direct reference to the book of the same name by French polemicist Renaud Camus, who told The Washington Post that he condemned the Christchurch attacks:

But when asked whether he objected to how his “great replacement” idea has been interpreted by the general public, including far-right politicians and their supporters, he said no.

“To the fact that people take notice of the ethnic substitution that is in progress in my country?” he asked. “No. To the contrary.”

A Preview of What’s to Come

He added that he still hoped that the desire for a “counter-revolt” against “colonization in Europe today” will grow, a reference to increases in nonwhite populations.

“I hope it becomes stronger,” he said, claiming that this apparent “demographic colonization” was “20 times more important than the colonization Europe did to Africa, for example.”

And it is precisely this fact that makes the contemporary discourse around “radicalization” so limited. What does it mean to describe a man who is simply carrying out the logic of Western imperialism, settler-colonialism, and the so-called War on Terror as the subject of “radicalization”? Islamophobia is not a fringe belief but a core, bipartisan tenet of American imperialism. Millions are dead, and New Zealand, for all its remote, pastoral beauty, can claim no ignorance.

Again, if his self-presentation is any indication, the shooter was clearly embedded in the digital networks of reaction, like Robert Bowers and others before him. But white supremacy is not simply a matter of bad people having bad ideas about the world: It has shaped our world, in tandem with the co-constitutive forces of capitalism and patriarchy, at the most fundamental level. Its machinations have largely been hidden from all but those it targets, but they proceed nonetheless, grinding the bones of black and brown and indigenous people into dust.

As has long been recognized in the Black Marxist tradition, the war always comes home. When Europeans ignore the brutality and barbarism of colonization, Césaire wrote, “a gangrene sets in, a center of infection begins to spread.” Christchurch shows just how deep the rot still is.

The ideas that animated this murderer have not merely bubbled up from the toxic sludge of 4chan and 8chan and YouTube comment sections; rather, centuries of violence have brought us to this point. Worse, they’re getting a hearing in the pages of The Atlantic and The New York Times, when David Frum writes that accelerating immigration has “splintered” the country or Ross Douthat argues that Stephen Miller must have a seat at the table to make a “lasting deal” on immigration reform.

Murderers like the one in New Zealand are not ghosts of some distant past or deviations from a civilized present but enforcers of hierarchies that exist today and harbingers of a revanchist future.

“I am happy that I am alive,” Mohammed, a Fijian Muslim who was in Al Noor mosque, told The Guardian. “I am new to New Zealand and at the mosque you find your friends and family.” He continued: “We are not safe any more. Where are we safe now?”

These are the stakes; this is the struggle: to break the grip of fascism and white supremacy everywhere they have taken hold, both online and off, before they choke out life itself.