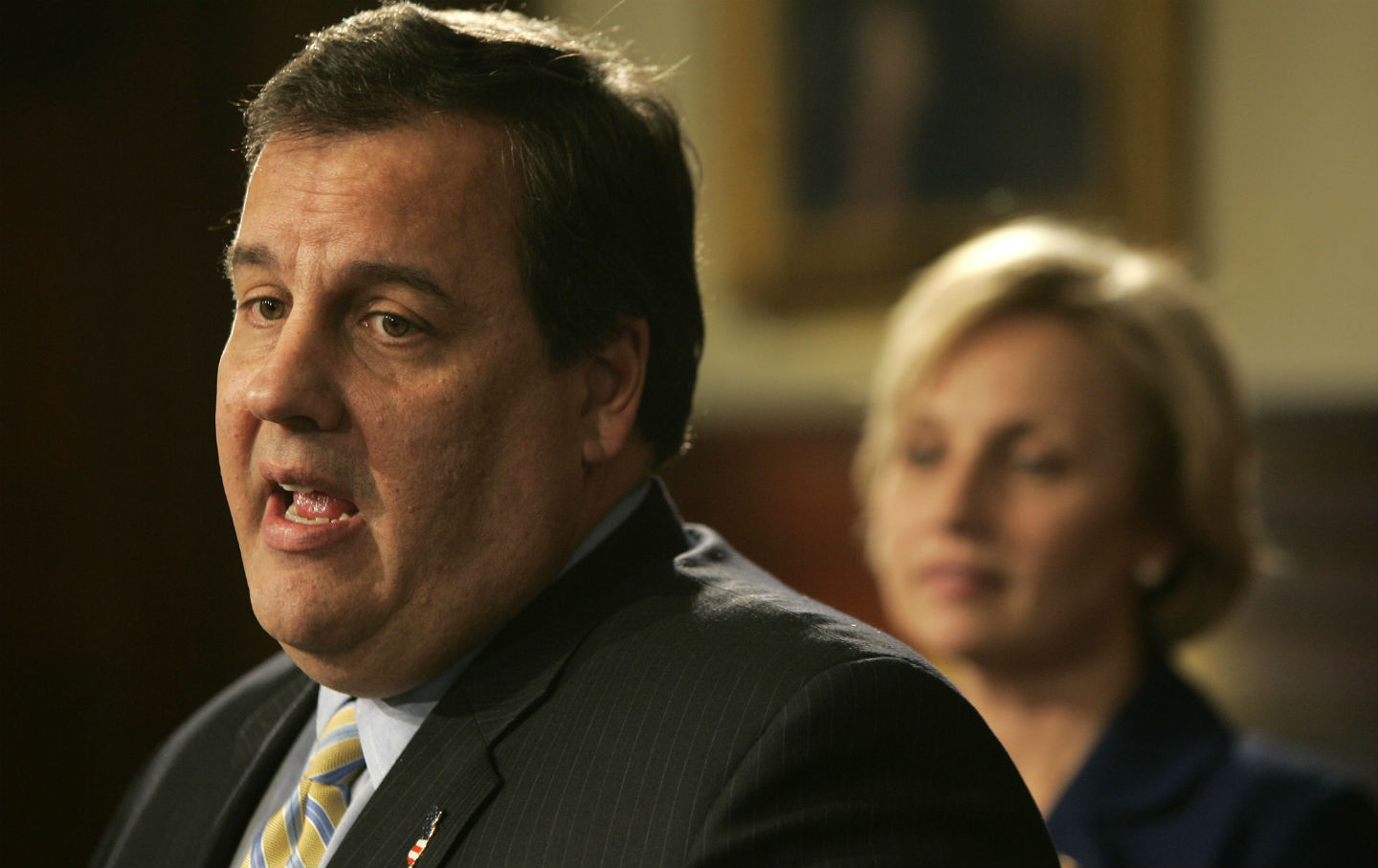 For years, inmates in New Jersey prisons have labored to repair office furniture for the state government and other public entities. This past spring, they had a new customer: Governor Chris Christie.

A spokesperson for the New Jersey Department of Corrections confirmed in an email to The Nation that Christie’s office commissioned prison labor within the past few months to refurbish “existing furniture” in the governor’s office, including “desks, credenzas, [and] tables for office personnel.”

Christie’s office declined to comment, instead referring questions to the state Department of Treasury. Joe Perone, a spokesman there, noted that the state has realized “significant savings” from the prison-labor program. He said New Jersey previously spent $6 to $12 million on furniture annually, but now spends $2 million thanks to the prison-labor program, and that the cost to refurbish furniture is only $50,000. He also stressed that the program began under former Democratic governor Jon Corzine.

The prison labor program, known as DEPTCOR, is promoted as a training opportunity for the incarcerated. “Our purpose is to provide inmates with viable, real-world work opportunities which can lead to meaningful employment upon release,” the DEPTCOR website says. Officials also said the program is voluntary.

Inmates in the program also make food items and modular construction units. New Jersey prohibits the public from purchasing from DEPTCOR; only state institutions are able to place orders, so as not to unfairly compete with private companies. (This is the case in many states, though in recent years the American Legislative Exchange Council has successfully pushed some states to make prison labor products more broadly available.)

Inmates in the DEPTCOR program earn a fraction of the state minimum wage; a spokesman for the New Jersey Department of Corrections said in an e-mail that “inmate wages (per person) are calculated on rates that range from $1.30 to $10.00 per day.”

These low wages, along with the fact that some private company would presumably otherwise be fulfilling state contracts, naturally raises questions about exploitation. (The head of DEPTCOR earns a six-figure salary and is eligible for a $40,000-per-year pension.)

“The reason they can do this is because we have continued the legalization of unpaid labor through the Thirteenth Amendment,” said Bonnie Kerness, director of the American Friends Service Committee’s Prison Watch program, referring to the clause in the amendment that forbids unpaid labor “except as a punishment for crime whereof the party shall have been duly convicted.”

“Very often they teach the first part,” Kerness said, “where it says slavery has been abolished, but they don’t teach the second part which says ‘except for prisoners.’ It’s hard to separate them.”

Ojore Lutalo, who spent 28 years in a New Jersey prison, told The Nation in a phone interview that his labor—cleaning cells—was voluntary in name only, and that he was punished if his tasks were not completed. He now works with Kerness at AFSC.

Lutalo added that any money he earned was quickly siphoned back to the prison. “I got $25 a month. Twenty-five dollars is nothing,” he said. “You had to spend all that money in the prison. There were all sorts of surcharges on what you could buy. And most of it was junk food.”

“It’s circular,” Kerness added. “They want the inmates to have some money so they can use the commissary. They make you buy toothpaste or soap, because they don’t supply a lot of things.”

“In Newark, kids are being prepped for prison,” said Kerness. “They can’t get jobs, they’re not going to college, so their bodies are only worth money in prison.”