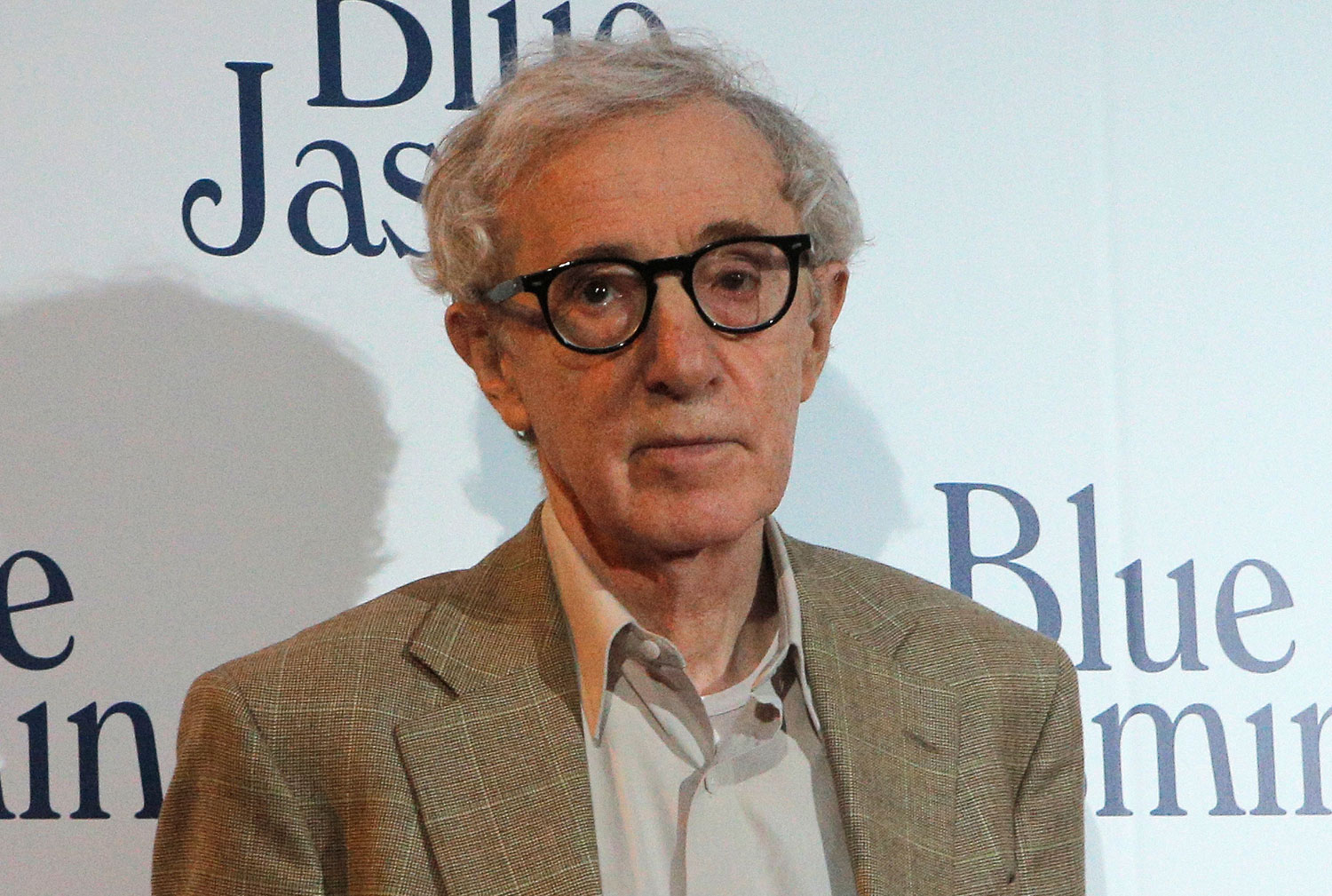 Director and actor Woody Allen poses as he arrives for the French premiere of Blue Jasmine in Paris, Tuesday, August 27, 2013. (AP Photo/Christophe Ena)

I’ve never watched a Woody Allen movie. My parents refused to rent them after he began a “relationship” with Soon-Yi Previn and their explanation stuck with me through adulthood. I was around 13 years old at the time, and always looking to pick a fight—I asked why it mattered since Previn wasn’t his “real” daughter. My parents sat me down and talked about the responsibility adults have to children, and certain boundaries that parents and parental figures must respect.

As I grew older—as I had teachers come on to me as a teen, as I experienced the way grown men get away with sexualizing girls—I understood the significance of what my parents told me. Today, as an adult, I know that when we make excuses for particular, powerful men who hurt women, we make the world more comfortable for all abusers. And that this cultural cognitive dissonance around sexual assault and abuse is building a safety net for perpetrators that we should all be ashamed of.

We know one in five girl children are sexually assaulted. Yet when victims speak out, we ask them why they waited so long to talk. We question why don’t they remember the details better. We suspect that they misunderstood what happened.

We know that abusers are manipulative, often charismatic, and that they hide their crimes well. We know that they target women and children who society will be less likely to believe—low-income women, children of color, the disabled, women who can be discredited as “crazy.” Yet when the caretakers of children who have been abused come forward, we call them “vengeful,” as Allen’s lawyer called Mia Farrow. We accuse them of trying to “alienate” their children from the abusing parent. Or, as one of Allen’s friends did in a shameful article for The Daily Beast—we simply insinuate that the protective parent is just a slut, so how can you believe anything she says anyway?

Yet despite all of these things that we know, our culture will bend over backward to inject doubt into Dylan Farrow’s harrowing open letter about being sexually assaulted by Allen.

Because no matter how much we know to be true, patriarchy pushes us to put aside our good judgment—particularly when that good judgement is urging us to believe bad things about talented, white men.

I believe, as Roxane Gay does, that people are skeptical of abuse victims because “the truth and pervasiveness of sexual violence around the world is overwhelming. Why would anyone want to face such truth?” I also believe that deep down people know that once we start to believe victims en masse—once we take their pain and experience seriously—that everything will have to change. Recognizing the truth about sexual assault and abuse will mean giving up too many sports and movies and songs and artists. It will mean rethinking institutions and families and power dynamics and the way we interact with each other every day. It will be a lot.

And we are lazy.

It’s easier to ignore what we know to be true, and focus on what we wish was. But the more we hold on to the things that make us comfortable and unthinking, the more people will be hurt—and the more growing room we’ll create for monsters.