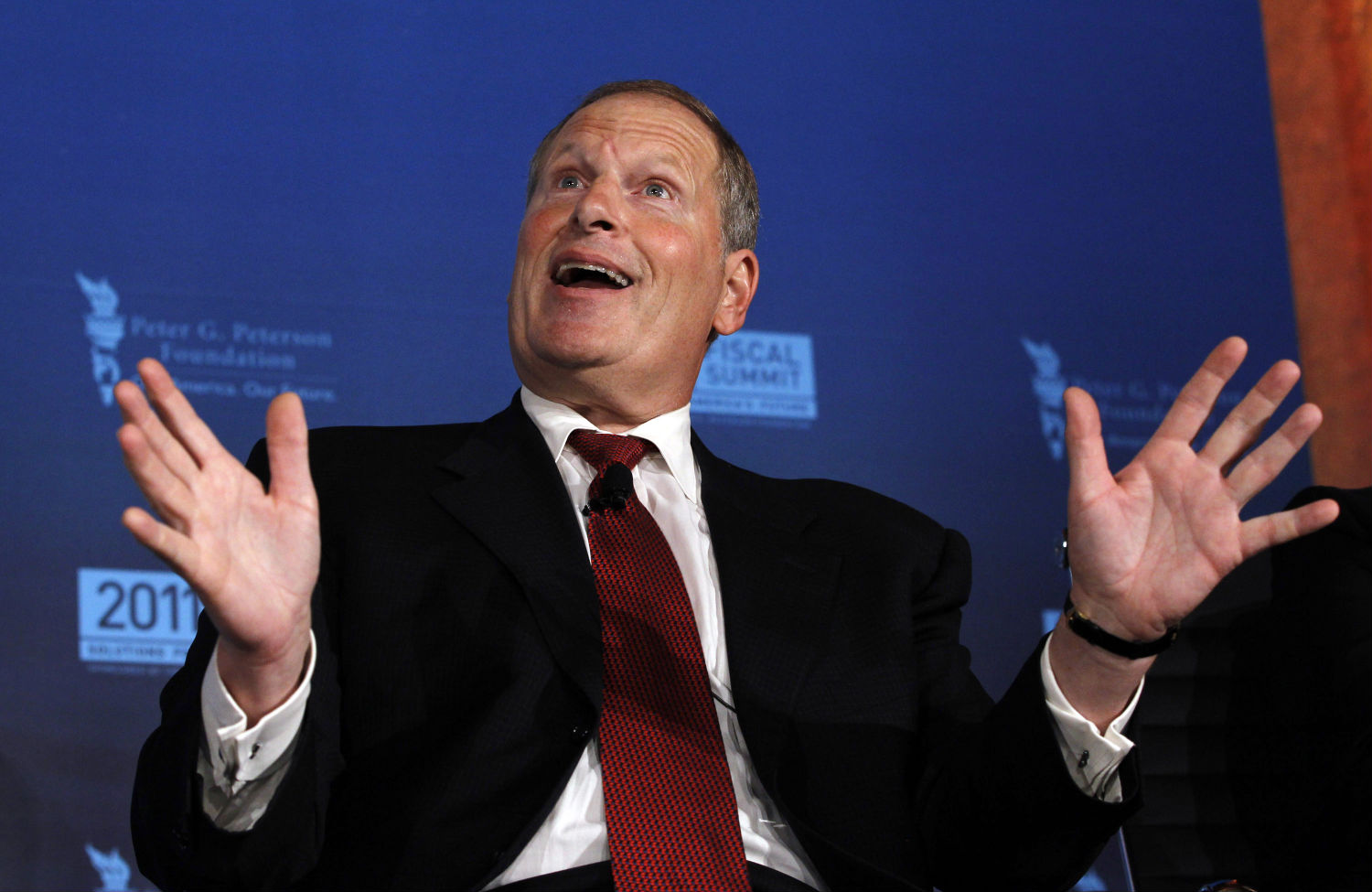 With budget negotiations on the horizon, a buzz is building around Social Security, from Elizabeth Warren and other Democrats calling for an expansion of benefits to The Washington Post arguing that seniors must be sacrificed for the good of the “poor young.”

Two of the biggest players in the debate are largely behind the scenes: Business Roundtable and Fix the Debt, corporate lobbies that use deficit fear-mongering to sell benefit cuts. These groups are made up of CEOs of America’s largest corporations—people with retirement accounts that are more than 1,000 times as large as those of the average Social Security beneficiary.

Each of the 200 executives of Business Roundtable has retirement savings averaging $14.5 million, according to a new report from the Institute for Policy Studies and the Center for Effective Government. That’s compared to the $12,000 that the median US worker near retirement age has managed to put away. Once Business Roundtable CEOs start drawing Social Security themselves, they’ll be cashing a monthly check that is sixty-eight times larger than an ordinary retiree’s, ensuring that they’ll never bear the burden of the cuts they’re advocating.

“I find it hypocritical to see CEOs sitting on massive retirement fortunes of their own saying that the solution to the country’s fiscal challenge is to put an even greater burden on retirees, many of whom already struggling,” said Sarah Anderson, director of the Global Economy Project at IPS and one of the report’s authors.

One of those CEOs is David Cote, the vice-chair of Business Roundtable and a member of the steering committee for Fix the Debt. After eleven years at Honeywell where he’s now the chief executive, his retirement assets are worth $134.5 million. That means that as a retiree he’ll draw a monthly pension of nearly $800,000.

Cote is a deficit hawk, and claims to be worried about the long-term stability of Social Security. A member of the Bowles-Simpson commission and President Obama’s debt committee, Cote has called for $3 to $4 trillion in spending cuts over the next decade, “especially when it comes to entitlements.”

To make some of those reductions via cuts to Social Security, Business Roundtable has proposed raising the retirement age to 70, restricting benefit growth and changing the way inflation is calculated in a way that amounts to a benefit cut for seniors. (Read George Zornick on why this change, called Chained CPI, is a bad deal.) At the same time, Business Roundtable and Fix the Debt are calling for more corporate tax breaks.

“If Congress approves of proposals like ones that Business Roundtable are pushing, we could see severe cuts that could mean the difference between any kind of dignified retirement and absolute poverty,” Anderson said. Two-thirds of retired Americans rely on Social Security for the majority of their income, and more than 40 percent would be in poverty without those benefits.

GE stopped offering traditional pension plans for new employees in 2011, forcing workers to switch to 401(k) plans. Many other companies have shifted the burden of retirement savings to their employees in this way in recent years, and that’s been a significant driver of the retirement crisis. Just 18 percent of workers can expect traditional pensions today, compared with 38 percent in 1985. Instead of getting a fixed check, retirees are at the mercy of the market—making the assurance of Social Security benefits even more essential. But Business Roundtable continues to put the responsibility for the retirement crisis on retirees themselves. “[T]rue retirement security will be achieved only if Americans save more,” reads the group’s 2013 CEO Growth Agenda.

Saving more is an increasingly unworkable solution for the millions of workers whose wages and benefits are being undercut by some of the same CEOs directing them to do so. As the report lays out, many of the most effective ways to strengthen Social Security involve asking more of executives, not employees. Eliminating the cap on wages subject to Social Security taxes (currently set at $113,700) would eliminate 95 percent of the projected shortfall for seventy-five years, according to the Congressional Research Service. That’s three times the deficit reduction achieved by raising the retirement age to 70. Subjecting stock-based compensation to Social Security taxes would raise billions more.

Don’t expect to hear about those proposals from Business Roundtable, however. “I do think that it is a real weakness of these corporate lobby groups, that they’re making the public face of the agenda to cut Social Security these CEOs that are sitting on massive nest eggs of their own,” said Anderson. “It undercuts their credibility and influence in these debates, and I’m hoping it will make it difficult to achieve the cuts they’re proposing.”

Allison Kilkenny on how Walmart is holding a food drive for the employees it refuses to pay a living wage.