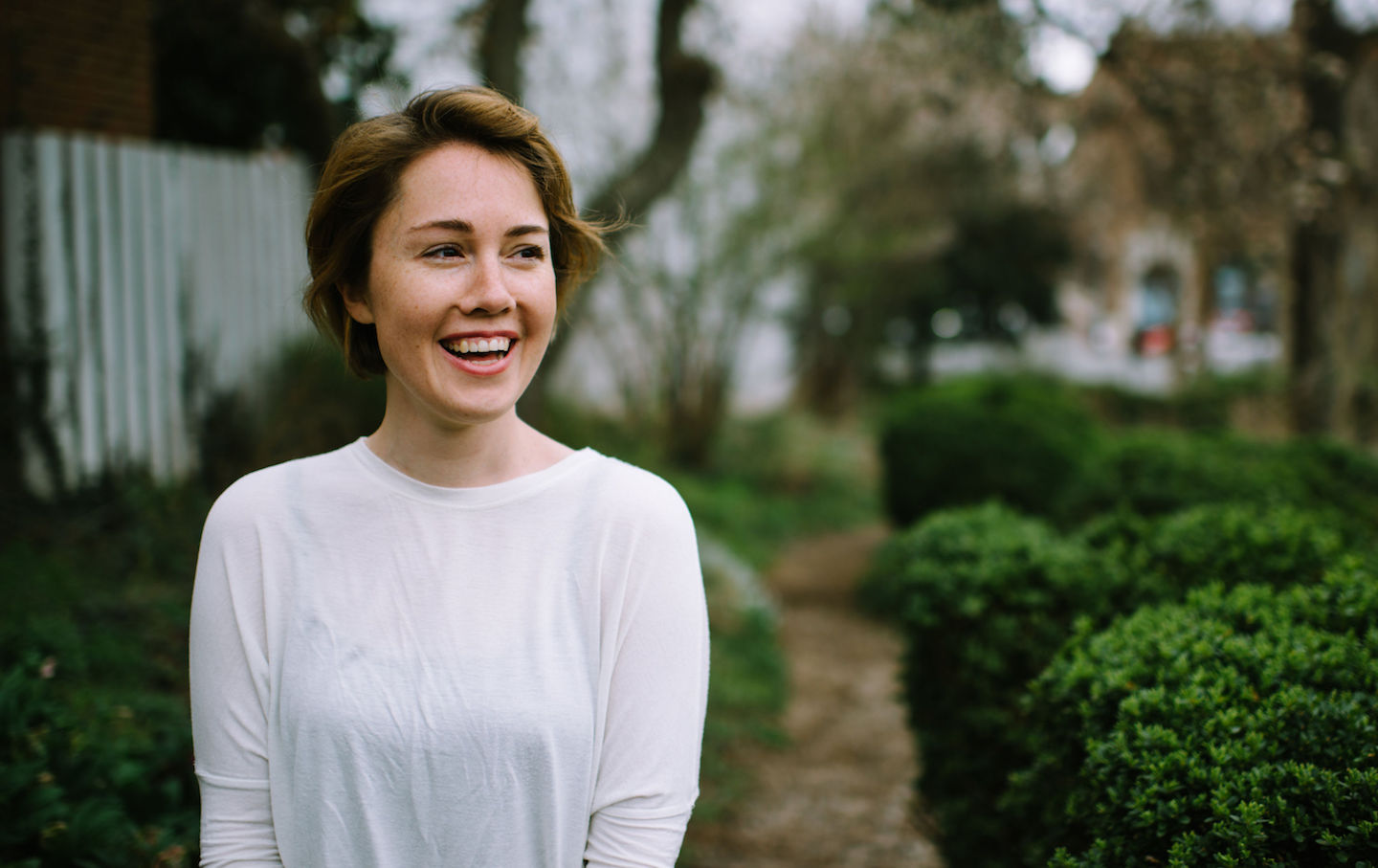 The very image of four chamber musicians sitting in a semicircle and playing string quartet music is practically a trope, a hackneyed symbol of fusty aristocratic traditionalism. Picture a movie scene with a high-vested old character hosting quartet players in a parlor, and before you even see his face you know he has to be a “he” and pretentious, white, rich, and either pathetically or dangerously stuck in the distant past. Largely an invention of Josef Haydn in the 1750s, the string quartet emerged as a musical format two decades before the signing of the Declaration of Independence. Benjamin Franklin was trying to figure out what electricity was at the time. More than 250 years later, when virtually everything in contemporary life is electrified, including our music, it’s almost impossible to imagine how fresh and adventurous new sounds could possibly come in the form of a string quartet.

And yet, something new does emerge in the extraordinary new recording, Orange, by the 36-year-old composer, singer, and violinist Caroline Shaw. Typically identified as the youngest recipient of the Pulitzer Prize for Music (when she won at 30), she is best known for her work as a singer and occasional composer for the avant-garde a cappella group Roomful of Teeth (her Pulitzer-winning “Partita for Eight Voices” was included on the group’s debut album in 2012). Shaw approaches the voice as a musical instrument with capacities for tonal and timbral expression underutilized in traditional Western music. She draws from techniques of vocal sound production employed in non-Western cultures around the globe, as well as from methods that seem to come from various other planets, along with some she must have made up herself. Shaw’s music for the voice, which is mostly (but not wholly) nonverbal, has the sonic variety and complexity more typical of contemporary instrumental music with its mingling of acoustic and electronic sounds; and Orange, her first major work of instrumental music, has the warmth and quirky individuality we associate with the voice.

Caroline Shaw and the Attacca Quartet. (Photo by Jorsand Diaz)

Released through a recent partnership between the Nonesuch and New Amsterdam labels, Orange is a collection of six pieces, one of which is a five-part suite titled “Plan & Elevation.” In classical parlance, the suite is called a string quartet, and so is the group performing the music on the album, the Attacca Quartet, which is made up of Amy Schroeder and Keiko Tokunaga, violin; Nathan Schram, viola; and Andrew Yee, cello. (While Shaw is a skilled instrumentalist and is shown in photos with the ensemble holding a violin, she does not play on the recording, serving solely as the composer.) The Attacca Quartet, created by the musicians when they were still Juilliard students, has been performing professionally since 2007 and has risen fast in recent years to become a respected and popular quartet distinguished by a rangy, expansive, 21st-century orientation. Though it focuses on new music, performing and recording the chamber works of contemporary composers such as John Adams and Michael Ippolito, the group carries on the traditional repertoire as well, notably recording an adaptation of Haydn’s quartet version of his masterpiece The Seven Last Words of Christ. The Attacca Quartet, like Shaw, lives in the present aesthetically, without rejecting the virtues of the musical past.

Shaw signals this perspective by opening Orange with a piece whose title is the term for an interlude between acts in a play, “Entr’acte.” It’s a sly gesture, one that seems to say that what came before this was centuries of string quartet music, and what follows will be genuinely new. “Entr’acte” is built on a set of short phrases, catchy as schoolyard chants, repeated and developed and, finally, exploded. There’s a hint of the consort music by the Renaissance composer John Dowland in the ballade-like melodic lines, and in the hypnotic effect of the repetition, scored and played to sound sort of like synths, with a simultaneous hint of EDM.

The five-movement “Plan & Elevation” glances back at music history, too, and with a wink. As Shaw explains in the album’s line notes, the suite was inspired by the extensive gardens at Dumbarton Oaks, a research facility in Georgetown that was once a manicured country estate and still looks like one. In a movement called “The Cutting Garden,” Shaw takes musical cuttings from past masters of the quartet form—a twig from Ravel, a sprig from Mozart—and grafts them onto her own musical ideas, including some phrases snipped from “Entr’Acte” and another piece on the album, “Valencia.” Shaw’s own sensibility dominates the music, though; it is far from mere homage or pastiche.

Every piece in Orange is distinctively Shaw’s own. She refers to the selections in her notes as “songs,” self-effacingly, and they all have the unpretentious appeal of a good tune. The music is highly original and deeply sophisticated, but also a great pleasure to experience. As a form, the string quartet is one defined by the imperatives of musical equilibrium. The four instruments need to support and complement one another, working both independently and jointly in careful balance. On Orange, Caroline Shaw’s music achieves all that and something additional: an equilibrium of values. The work is rigorous, adventurous, and emotive—again, in careful balance. Two and a half centuries after the string quartet was developed, Caroline Shaw has made the form feel new again.