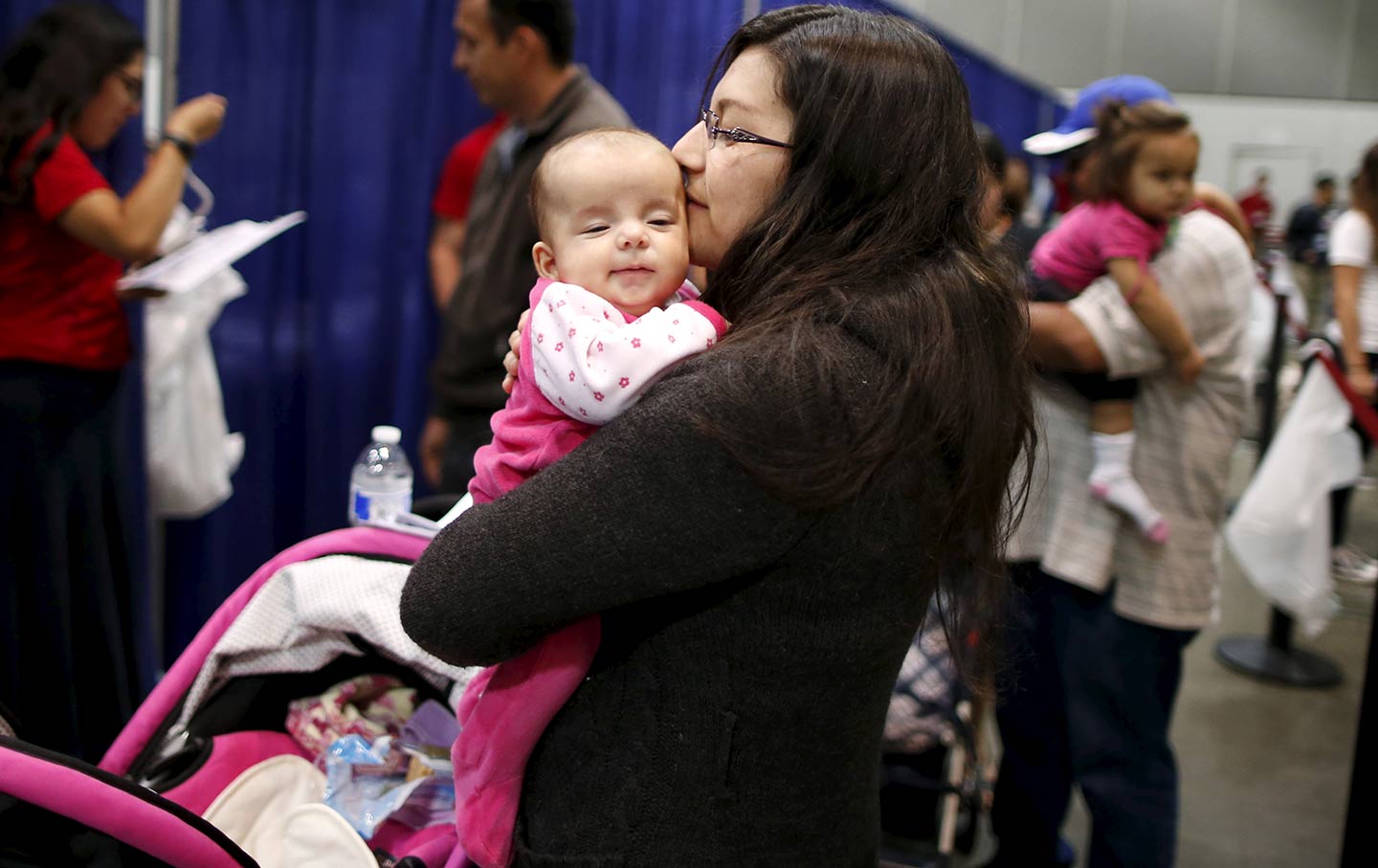 One of the biggest failures of our modern economy is that tens of millions of people work full-time—or more than full-time—yet live with constant financial worries because they still can’t afford necessities like health care, housing, healthy food, transportation, and education. That’s why our latest victory here in California is so encouraging. Governor Jerry Brown and the Legislature just finalized a budget that will substantially expand one of the state’s most effective tools to make work pay better: the Earned Income Tax Credit, or EITC.

The EITC puts money directly back in the pockets of families who need it most—those among us who often work the hardest but earn the least. The human impact on these families and their communities will be incalculable. I should know—when I was a kid, my family benefited from the federal EITC.

The way it works is simple: Low-income workers get money back from the government based on how much they earn, and how many children they have. This is a policy that should receive support from across the political spectrum, lifting families out of poverty while encouraging work, stimulating the local economy, and strengthening communities.

History has proven that the EITC is one of the single best ways to make work pay better for the tens of millions who don’t make enough to live free of constant financial worry. Over the past four decades, the federal EITC has lifted countless families out of poverty, improving their health and improving children’s test scores, academic attainment and economic potential. The EITC very precisely makes hard work pay better. It helps restore dignity to the labor of millions at a time when often even working three jobs is no longer enough to provide for a family.

These days, a staggering three in four American families can’t cope with a $700 emergency expense. They’re just one bit of bad luck—a broken wrist—away from financial crisis. For many who are struggling, the problem isn’t finding employment—it’s that jobs simply don’t pay enough anymore.

Consider what it means to work hard yet struggle to afford life’s necessities. The poverty line for a family of three in California is a little more than $20,000, which is about the salary of a worker earning the state’s $10.50 minimum wage. That comes out to a thousand dollars a month for mortgage or rent, about 20 bucks a day for food, and nothing else. And that’s just the high end of what’s considered poverty. Nearly a million California kids are growing up in deep poverty, in households with half that income—or less. That’s not simply a life without luxury, that’s a life of daily desperation.

Can you imagine raising two kids under those conditions? Many of us can’t. But that’s exactly what so many of our neighbors are doing.

When California’s EITC launched in 2015, it helped lift more than a quarter-million people out of deep poverty. But that was just a start. The income eligibility threshold was set so low that a single mother of two, working a minimum-wage job, would have earned too much to qualify for the EITC. And self-reported, freelancing income—the fastest-growing kind of income—was ineligible for the EITC.

If you’re wondering why this incredibly effective and popular program doesn’t receive more attention (also regarding its shortcomings) or political support, some will say it’s because the earned income tax credit is a wonky issue that doesn’t make for good sound bites. In the years I’ve spent advocating for the EITC, I can’t tell you how many times I’ve been told that this issue is too boring, that it just isn’t sexy enough. These complaints invariably come from elected officials, reporters, and other political insiders.

You know who I’ve never heard complain about this? The families who earn the EITC. For California parents who are struggling to provide the life they imagined for their children, the new expanded tax credit could mean the difference between hanging on and falling apart.

I believe the real reason EITC doesn’t receive more attention or support is because of the lack of a public voice, leadership, and movement building around the issue. In the decades of its existence, nobody has put their reputation and career on the line to build public awareness of and support for EITC among working families across the country who can then be their own champions for EITC.

Considering what’s at stake, it’s time we start an EITC movement that fights on these fronts: (1) Defends federal and state EITCs where they exist; (2) Builds grassroots advocacy to expand federal and state EITCs like we’ve done in California and (3) Organizes in communities to ensure everyone knows about the EITC and claims it.

Working families can’t wait any longer. That’s why in 2015 I started a service organization called CalEITC4Me to organize throughout California to ensure everyone gets their EITC and to fight for substantial EITC expansion.

And here are the early results of our EITC movement:

In just its first two years, CalEITC4Me helped over 1 million people, including over 500,000 kids, claim the state EITC. This happened because we built grassroots capacity in communities from South Los Angeles to San Bernardino, from Oakland to Fresno, from Riverside to Bakersfield, from Orange County to San Diego, and from the Bay Area to Ventura. We invested in existing community organizations so they could better spread the word about the EITC and deliver free tax-preparation services to low-income families. And we invested in local media and social media to trumpet the word about EITC.

Our work in communities and with families connected directly to our advocacy in the state capitol. Rather than relying on a small number of influencers to contact elected officials, we empowered tens of thousands of low-income Californians to contact their representatives to champion expansion of EITC. We enabled the very people we served throughout the year with free tax preparation services and outreach to take lobbying into their own hands through e-mail, text messaging, and social media. And it worked!

Now the number of families helped by California’s EITC will nearly triple—up to 1.7 million working families will qualify next year, a huge expansion from the 600,000 who currently qualify. The income eligible for California’s EITC will increase to $22,300 up from $14,600. In addition, California’s EITC will now include freelancing and self-reported income. This kind of income, which represents nearly all income growth in California, is earned disproportionately by women and people of color. And now it will be honored by the CalEITC.

I know there are many reasons to worry about the coming years. But what we’ve achieved in California proves there is hope and light. We can build a progressive future that works for working people.

Twenty-seven states, plus DC, now offer a state EITC. California’s success should encourage other states to implement and expand their own programs. All states should adopt an EITC and support them with outreach organizations like CalEITC4Me to ensure that benefits reach the families that need them.

Let’s make our victory in California a spark for progressive leadership in other states and throughout the country. We’ve started the EITC movement. I need your help to supersize it.