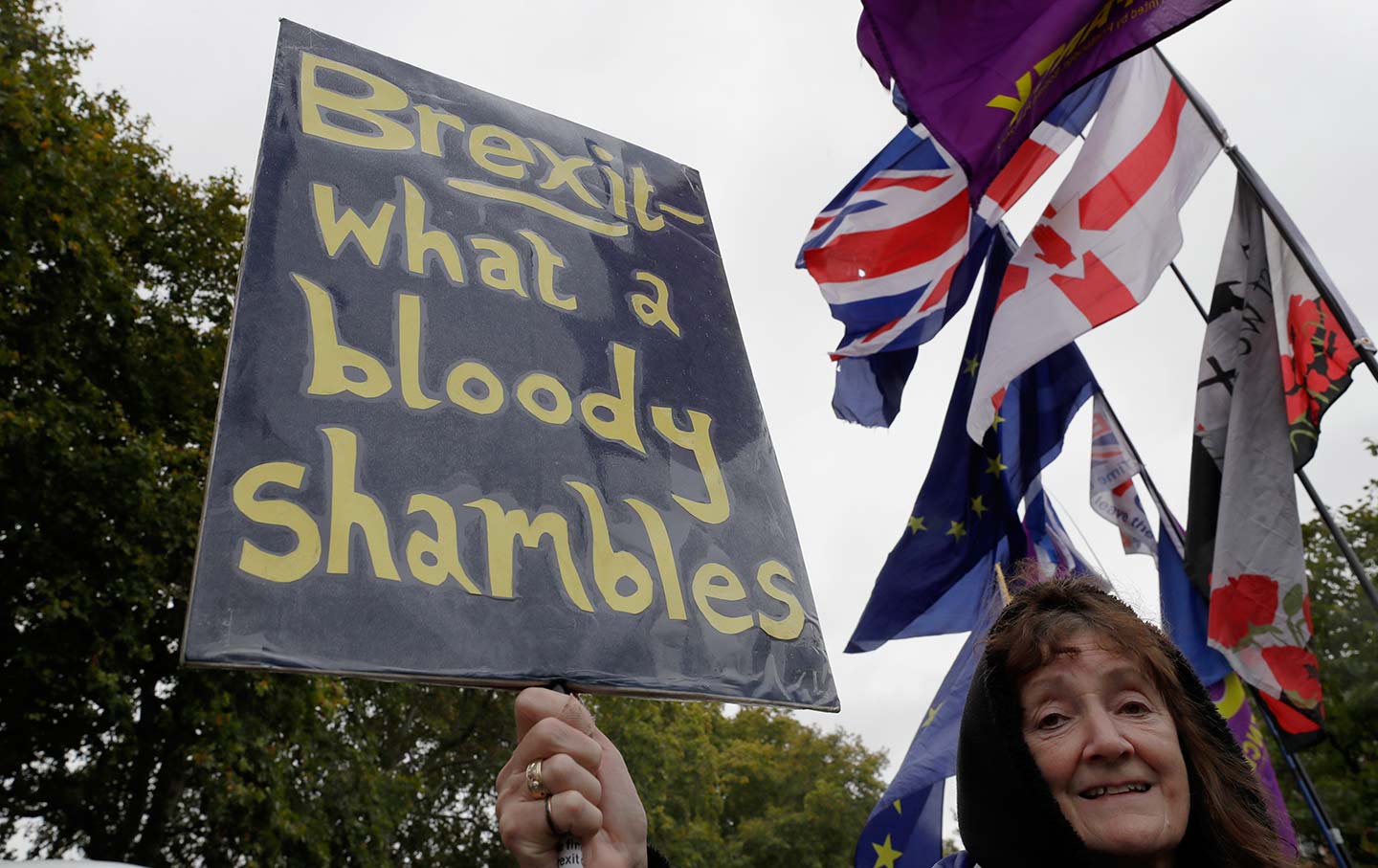 This stage of Brexit was supposed to definitely be the endgame, but the can-kicked-down-the-road reality was more like the Avengers franchise, splitting the final story into yet another two parts. Or like the last book of the Hunger Games trilogy, which was turned into two films. Yes, the film references are an anxiety-induced displacement activity, and yes, the Brexit finale billed as “super Saturday“ (by a government determined to bring more cliff-edge drama to the process) didn’t quite happen. Just be glad I’m only using films as metaphors and not the sort of innuendo that others have attached to this climax-delayed scenario.

The super Saturday that wasn’t, with Parliament sitting on this day for the first time in decades, was an attempt by Boris Johnson’s government to bounce politicians into supporting his new Brexit deal. MPs were supposed to approve the nearly-600-page deal despite having only received the text that morning and despite there being no economic impact assessments of it—because in the Wild West that Brexit has turned Britain into, who needs them? You might think it reckless and irresponsible for politicians to make such a monumental national decision so fast and so blind—and indeed, various opposition MPs, including Labour’s shadow Brexit secretary Keir Starmer, stood up in Parliament to dismantle, line by line, this Brexit proposal. But the extremely close voting numbers show that MPs are willing to be bulldozed into this vote—the government calculated that it potentially had some 15 rebel Labour MPs on its side. Some believe in the Brexit religion, and others have been worn out by the chaotic, divisive, and destabilizing choke hold this issue has had on the nation and just want to get the wretched thing over with.

The deal should have failed because it is a very hard Brexit, taking Britain out of the EU customs union and single market, which would, even by the government’s own assessment, have a devastating impact on jobs, trade, and workers’ rights. It should have failed because, as one Labour MP pointed out in the debate, it would create a “Britain minus—minus protections, minus opportunities, minus prospects.” Ominously, a commitment by Britain to maintain the same employment rights as the EU has been dropped from Johnson’s withdrawal agreement.

How Boris Johnson Fell For America

But in the event, the deal was not voted on at all. Parliament passed an amendment forcing the government—which is not trusted by even some of its own MPs and which, remember, just threw its DUP allies under the bus—to set out the Brexit legislation in full before Parliament approves it. This is to ensure that there’s no chance Britain will default to no deal, because the legislation has not been passed by the October 31 deadline. Having sworn he would “rather die in a ditch” than ask the EU for a Brexit extension, the PM did, in fact, ask the EU for a Brexit extension—as compelled by the Benn amendment from a few weeks ago. Although he also wrote a second letter suggesting that he did not really mean the substance of the first.

The hope for those who oppose Johnson’s latest Brexit deal is that the number of supporters, made up of MPs with quite contradictory goals, will collapse once the legislation comes into contact with reality. The government has insisted it will simply forge ahead with the “meaningful vote” on its deal today—but the opposition and the Speaker of the House have both said that won’t happen, because the government can’t keep putting the same thing in front of MPs until they vote the right way. The Labour Party has said it will now try to attach more amendments to the agreement, such as a customs union, or that the deal must be put to a public referendum. And the EU says it will not commit to an extension until the Brexit deal has a vote, now expected to happen in the coming days. But Johnson’s government has not won a single vote since he became prime minister. This week we’ll find out if this unlucky streak continues.