It’s too bad for British Petroleum. Or is it? For days after its Transocean operated rig exploded and sank with eleven of its workers in the Gulf of Mexico, the company said it had the oil contained.

Not exactly. The rig’s been gushing 1,000 barrels of oil a day since Saturday.

Costs for cleanup are likely to be huge. The U.S. Coast Guard’s already batting about a figure of $100 million. You’d think that’d be the last we’d hear of the Obama administration’s plan for for offshore drilling.

After all, compare and contrast; a sea of sludge, edging towards New Orleans vs. reaping power from Ocean Breezes — the headline on a story about Cape Wind, the country’s first offshore turbine — also just approved by the White House. 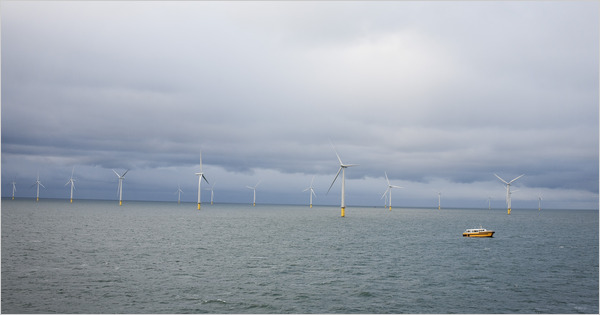 You’d think there’d be no contest. But then there’s this — even as it belched, BP on Tuesday reported a more than doubling of its first-quarter profit: Profits rose from $2.56 billion to $6.08 billion while its alternative energy division saw losses.

A few hundred milllon out of $6.08 billiion. The price of all that Cajun coastline just may not be high enough to make a dent.

And that’s why it’s not a level playing field. We don’t need even steven energy policy. We need aggressive government affirmative action for alternatives.

The F Word is a regular commentary by Laura Flanders, the host of GRITtv which broadcasts weekdays on satellite TV (Dish Network Ch. 9415 Free Speech TV) on cable, and online at GRITtv.org and TheNation.com. Support us by signing up for our podcast, and follow GRITtv or GRITlaura on Twitter.com.