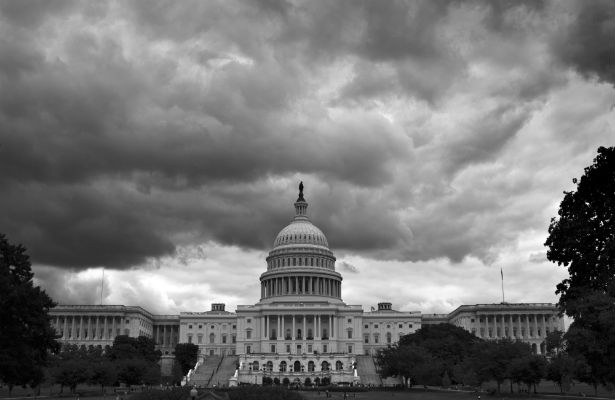 The problem with bipartisanship as it is currently understood is that, for the most part, cooperation in Congress serves the elites that already are living large thanks to federal tax policies that redistribute wealth upward.

That was certainly the case this week, when the US House voted 378-46 for the so-called “Tax Increase Prevention Act.”

Hailed by politicians and pundits as an example of Congress coming together to get something done, the measure—which still must be considered by a somewhat skeptical Senate—is better understood as a glaring example of what it wrong with Washington.

“There are a lot of things that Congress didn’t get done in the last two years,” explains Congressman Mark Pocan, a Wisconsin Democrat who cast one of the lonely “no” voters in the House. “The fact that this was a priority of this leadership at this point shows just how broken this Congress is.”

The measure seeks to extend many of the most absurd tax breaks enjoyed by multinational corporations in a way that Congressman Keith Ellison says “gives away too much to big business, while doing little to help working families make ends meet.”

Georgetown University law professor David A. Super refers to that particular corporate tax break as a “license to steal”—because it “allows a business to pretend that its buildings and equipment wear out far faster than they actually do.”

“As economic stimulus, bonus depreciation does not work. Studies of a similar measure enacted to combat the 2001 recession found that only a tiny minority of businesses even considered the new tax benefit as an important factor in making investment decisions,” explains Super. Yet, he adds, “The cost [of bonus depreciation is] staggering: nearly $300 billion over the next decade, more than three times what we spend on nutrition supplements for pregnant women, infants and young children. That would wipe out roughly one-third of the deficit reduction from higher tax collections from the wealthy as a result of last year’s ’fiscal cliff’ deal.”

Only the most sold-out, corporate-hack Republican could back such a fundamentally flawed scheme, right?

Of the 378 “yes” votes for the House measure, 202 did come from John Boehner’s Republicans. But the remaining 176 “yes” votes came from Nancy Pelosi and her fellow Democrats.

Of the forty-six “no” votes, twenty-sixwere cast by Republicans—some libertarian-leaning foes of crony capitalism, others trickle-down zealots who would do even more for corporations and mega-rich CEOs. The twenty Democrats who opposed the measure pretty much make up the caucus of House members who actually get that something is very wrong with an economic calculus that says the richest individuals and corporations in America should be first in line for government assistance.

Compromise-prone Democrats tried to argue that they had to back the measure because it extended some programs that benefit working Americans. However, Pocan explains, “almost all of the significant tax extenders were going to corporations, not to working people. And they were retroactive. You couldn’t even argue that they would create jobs—except in the last two weeks of the year.”

Ellison’s assessment was that “the bad clearly outweighs the good in this bill.”

“The bill passed [December 3] does little for working families, but lots for corporations already booking big profits,” added Ellison. “Too many Americans are working in jobs that don’t sustain their families. Nearly 75% of the tax breaks in the package will make their struggle to attain the American Dream even tougher.”