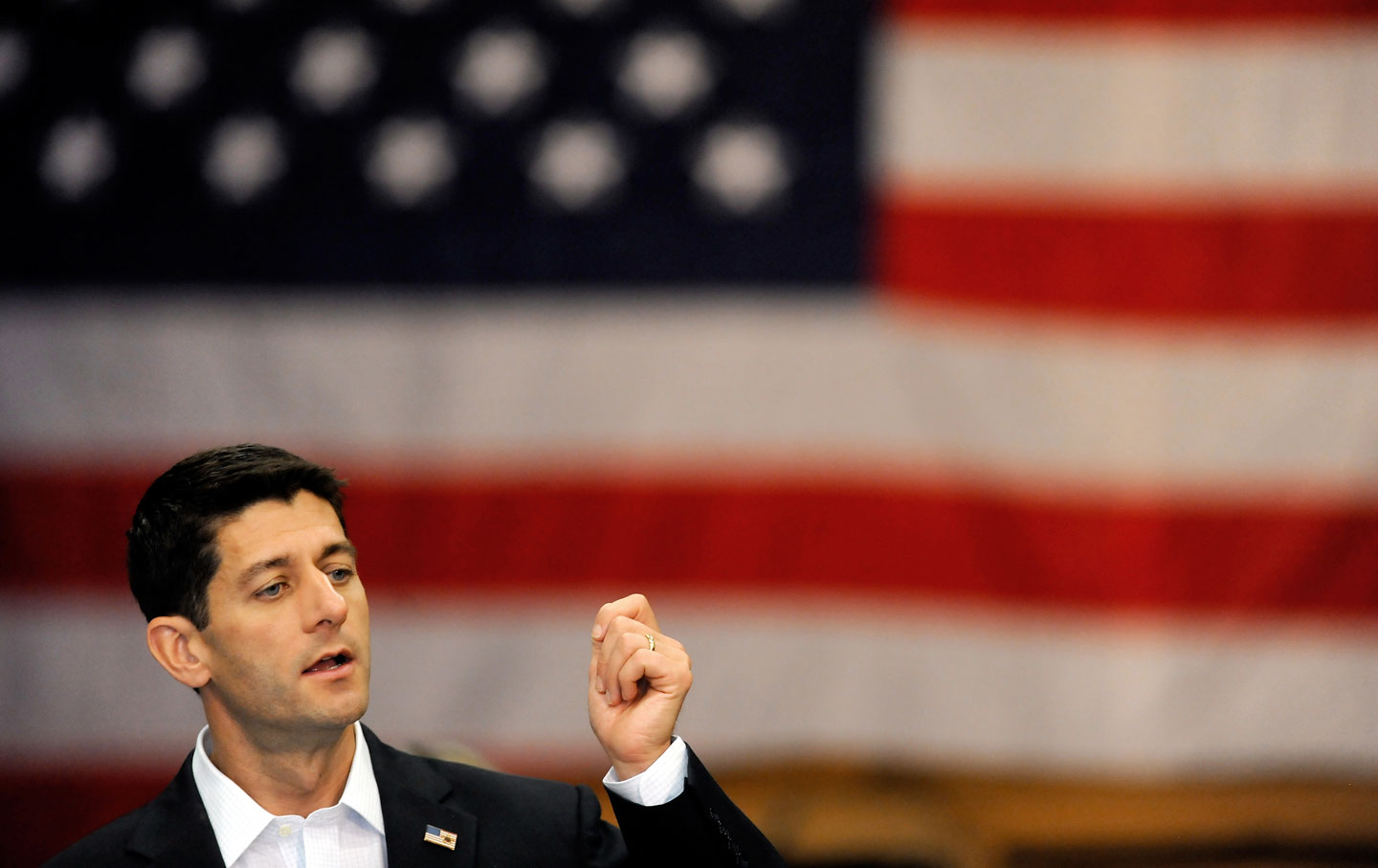 Most Republicans do not want Donald Trump to be their party’s nominee for president. He has yet to win a caucus or primary majority, and polls reveal a yearning for an alternative to Trump and Trumpism. Yet the billionaire is well on his way to clinching the nomination and remaking the Grand Old Party in his image.

So who is to blame for Trump?

The Speaker and the RNC chair refusal to reject Trump signals to Republican voters that he is acceptable.

Priebus and Ryan are the formal and informal leaders of the Republican Party. Priebus, a veteran party operative and fundraiser, chairs the Republican National Committee. Ryan is the GOP’s immediate former vice presidential nominee, the speaker of the House of Representatives, and the party’s point man on economics.

Both are from Wisconsin. Both are card-carrying members of the GOP establishment. Both have deep ties to Wall Street and to corporate interests. Both have long records of bending the programs and the policies of the party to favor an elite donor class over the grassroots.

Priebus and his allies on the RNC established the 2016 primary process, and the debate schedule.. Ryan, in addition to being the most prominent Republican on Capitol Hill, leads the RNC’s Presidential Trust, a slush fund that raises money for the eventual nominee.

Both Priebus and Ryan want the next president to be a Republican, for reasons of predictable partisanship and because each man’s personal power is enhanced by Republican dominance. And both men have signaled that they have no standards whatsoever for who that Republican might be.

Any Republican will do. Even Donald Trump.

There are Republicans who reject Trumpism. But Ryan and Priebus are not among them.

Priebus and Ryan have offered (very) mild rebukes when Trump has preached the ugliest xenophobic, racist, and sexist dogmas. But they have also made it absolutely clear that Trump is acceptable to them as a nominee. As such, they have signaled to Trump backers and to swing voters that the billionaire is a comfortable enough fit for the Republican Party.

That’s not what every Republican believes. There are Republicans who refuse to go along. Congressman Reid Ribble, another Wisconsin Republican, says, “I am not obligated to support a bad candidate from any party. I will not support Donald Trump for president of the United States, no matter what the circumstances.”

There have also been examples of Democratic Party leaders who have refused to allow their party to be defined by crude extremists. At a critical stage in the civil-rights era, Democratic National Committee chairman Paul Butler embraced the cause of desegregation and promoted voting-rights proposals that Southern Democrats despised; Butler was attacked by prominent Democrats for taking steps that would “break this party to pieces.” But Butler did not waver, because he believed that getting on the right side of the future was more important than blind partisanship.

Unfortunately, that’s not how Priebus and Ryan see things.

Priebus and Ryan are political careerists with long histories of putting personal self-interest and simplistic partisanship ahead of principle. In so doing, they have enabled the rise of Donald Trump. And it appears that they will continue to do so, no matter how much harm is done to the targets of Trump’s venom and to these United States.

Don’t blame Trump for being Trump. He is who he is.

Blame the Republican “leaders” who have refused to lead. Blame Reince Priebus and Paul Ryan for refusing to reject a fundamentally-flawed front runner, and for enabling the makeover of the GOP from the “Party of Lincoln” to the “Party of Trump.”