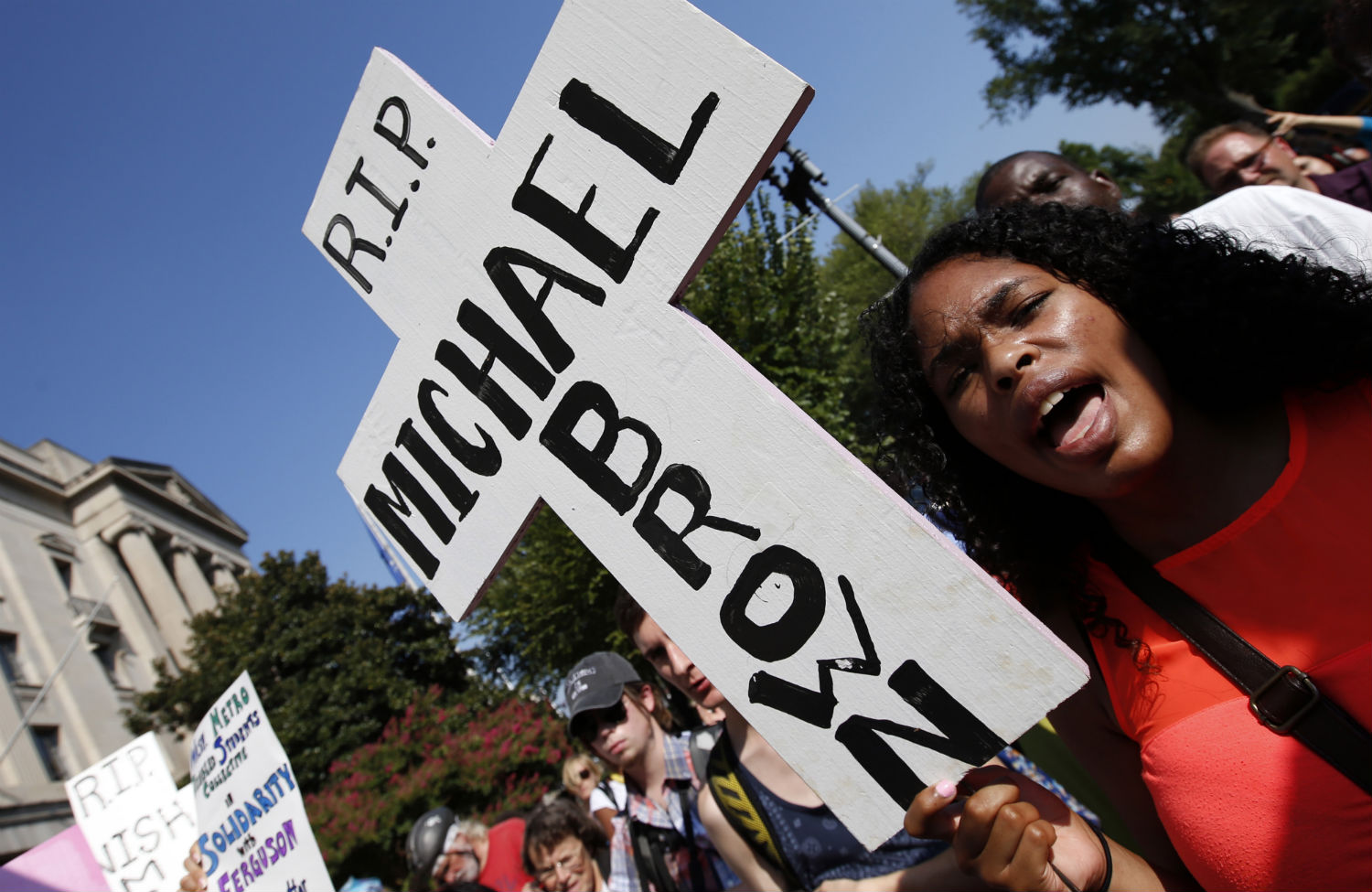 Christina Bijou holds a sign during a rally outside the Department of Justice, August 27, 2014, in Washington, to call on the Attorney General Eric Holder to help secure justice for Michael Brown and the people of Ferguson. (AP Photo/Alex Brandon)

On August 22, almost two weeks after Michael Brown was shot and killed by Officer Darren Wilson in Ferguson, Missouri, The Washington Post published an op-ed by Columbia University professor Fredrick Harris titled “Will Ferguson be a moment or a movement?”

I started working on my piece about the new era of black activism (which you can read here) months ago, and so I read Harris’s op-ed with the same level of irritation that made me want to write that piece in the first place. Not that there isn’t any value in what Harris wrote, because there certainly is. But if you’re asking the question “Where is the movement?” you simply haven’t been paying attention.

“A moment of trauma can oftentimes present you with an opportunity to do something about the situation to prevent that trauma from happening again,” Charlene Carruthers, national coordinator for Black Youth Project 100, told me in an interview for that piece, and the millennial generation has been presented with trauma after trauma. The killing of Sean Bell, the over-prosecution of the Jena Six, the killing of Oscar Grant, the killing of Aiyana Stanley-Jones, the killing of Trayvon Martin and so many more moments that may not have captured the national media attention but those events have defined the late adolescence and early adulthood of black folks of the millennial generation. As part of that demographic, let me say: the trauma has been fucking exhausting.

So, too, has been the haranguing from older generations that we have been too apathetic, that we have been too “post-racial,” that we have not done our part in upholding the legacy of the civil-rights movement. And so I wanted to write a corrective to that narrative, as I’ve seen my generation take up the fight and organize and begin along the hard road to movement building. It’s happening at this very moment. It was happening before Michael Brown was killed.

What may keep Ferguson from becoming a national transformative event is if “justice” is narrowly confined to seeking relief for Brown and his family. If the focus is solely on the need for formal charges against Wilson, a fair trial, a conviction, a wrongful-death lawsuit—rather than seeing those things as part of a broader movement that tackles stand-your-ground laws, the militarization of local police, a requirement that cameras be worn by police on duty and the need for a comprehensive federal racial-profiling law. If justice remains solely personal, rather than universal.

But that work had already begun before Ferguson erupted. The Dream Defenders traveled to the United Nations to present a case against “stand-your-ground” laws, and BYP100 recently organized an action at the Chicago Police Department headquarters to address discrepancies in marijuana arrests. The movement is here. The pictures are not as arresting as what comes from a moment like Ferguson, and therefore aren’t as compelling to media outlets only interested in the sensational. But the criminalization of black youth has emerged as the central focus of organizing efforts for the millennial generation and the work is being done.