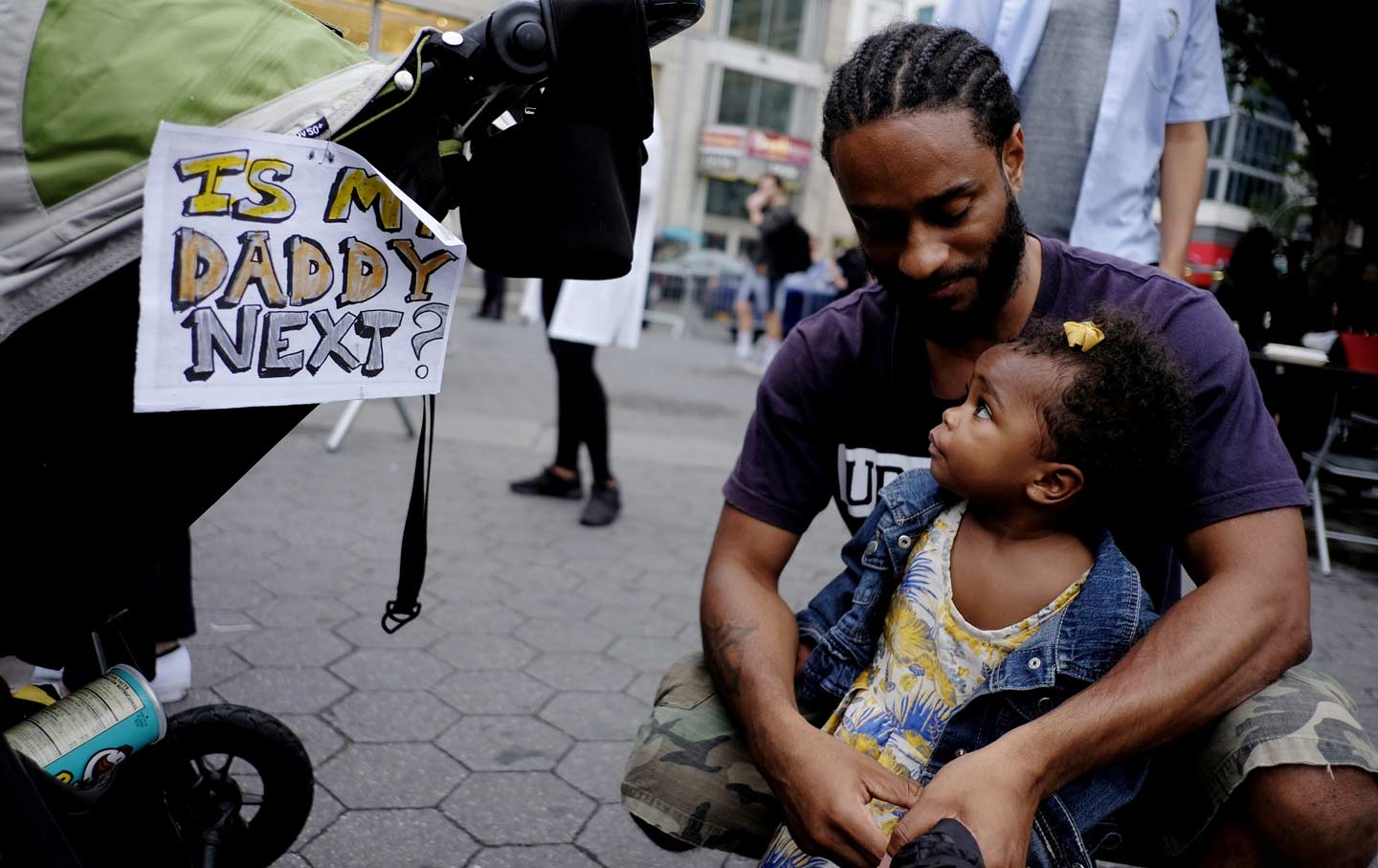 Before Alton Sterling’s name became a hashtag, he was a friend, a father, a son, and, as his cousin told The Washington Post, a talented CD salesman who “could converse with everybody.” Philando Castile was a loved and respected figure at the J.J. Hill Montessori Magnet School, where he worked for more than a decade before he was killed by a  St. Anthony, Minnesota, police officer in the presence of his remarkable fiancée, Diamond Reynolds, who live-streamed the immediate aftermath. In the wake of these black deaths, people once again filled the streets to make a simple, sadly radical assertion: Sterling and Castile’s black lives mattered.

Within hours, however, Micah Johnson had taken five more lives in Dallas, adding to the carnage of yet another week of wrenching American violence. The five police officers that Johnson killed were doing their jobs as public servants: This fact must be clearly stated and Johnson’s acts roundly decried. As President Obama succinctly put it, “There’s no possible justification for these kinds of attacks.”

Police officers work for us; they are our representatives. So Johnson’s murder of Lorne Ahrens, Michael Krol, Michael J. Smith, Brent Thompson, and Patrick Zamarripa was an attack on the public. But this fact is precisely why police violence against black people is uniquely corrosive, and why it must be roundly decried as well, even after Dallas.

Nothing about this horrific event changes the reality that brought hundreds of people out to march in the first place, any more than the assassination of NYPD Officers Rafael Ramos and Wenjian Liu in 2014 changed the fact that Eric Garner’s killing was a crime against humanity. It is still sadly necessary to remind the nation and our law-enforcement agencies that black lives matter. It’s a terrible fact that the death toll in Dallas appears to mark the second-largest number of police officers killed since 9/11. It is also a terrible fact that police have killed 581 people in 2016 alone, according to The Guardian’s ongoing tally.

Worse, the parade of lawful violence against black bodies is a terribly old one. No generation of black Americans has been spared the macabre tradition of drilling into its children tips for avoiding death at the hands of the state—not during slavery, not during Jim Crow, not during the indiscriminate War on Drugs, and not in the current era of cops functioning as tax collectors on the poor in decimated municipalities.

After Johnson’s attack, Dallas Police Chief David Brown offered a valuable perspective on the broader problem today: Cops touch too many parts of life, particularly in communities of color. “Not enough mental-health funding, let the cops handle it,” Brown observed. “Not enough drug-addiction funding, let’s give it to the cops. Here in Dallas, we got a loose-dog problem. Let’s have the cops chase loose dogs.” At some point, we must question whether we have too much law enforcement, and whether public safety would be better served by having much, much less of it.

Here’s the thing: The world is more complicated than our political discourse accommodates. We’ve been obsessed with the “either/or” in our politics, far less so with the “and.” We must condemn and organize against violence in all its forms: violence against public servants and the violence that public servants direct against us; acts of terrorism and acts of war; hate crimes and personal disputes that turn deadly due to the omnipresence of guns. What unifies all of this death is the grim reality that America is a horribly violent place.

The perversities of the Dallas attack are mind-boggling: An antiviolence march morphed into mass murder, and then the cops’ hunt for the shooter was confused by the fact that dozens of people at the march were toting assault rifles, exercising their so-called rights under Texas’s open-carry law.

So if Dallas changes anything, it is only to remind us that in order to truly ensure that black lives are valued, we will also have to confront the broader culture of violence that has long gripped this nation.