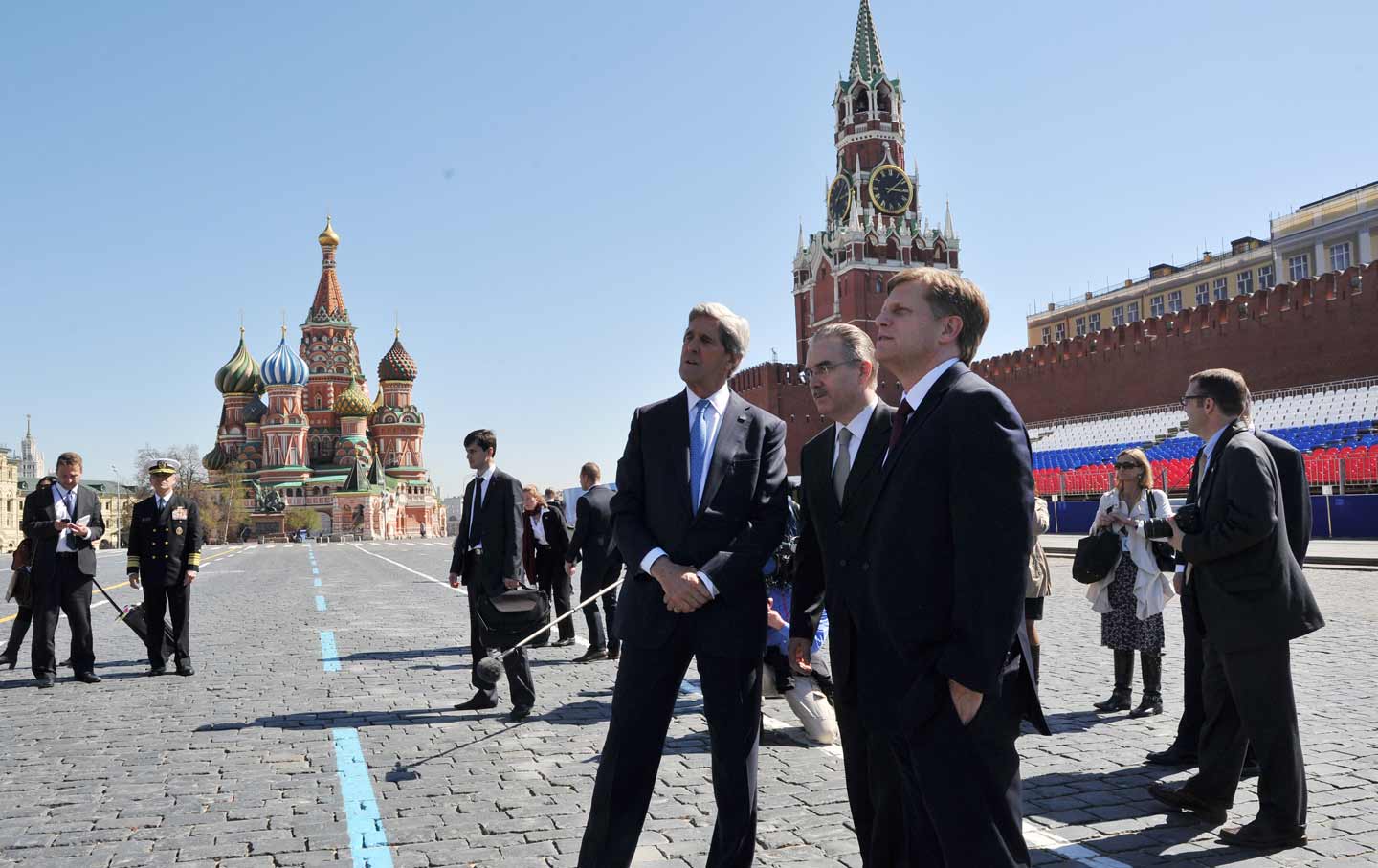 John Pepper is a member of the founding board of the American Committee for East-West Accord (ACEWA), a nonpartisan organization of American citizens from different professions—business, academia, government service, science, law, and others—who are deeply concerned about the possibility of a new, potentially even more dangerous Cold War between the United States/Europe and Russia. The group’s fundamental premise is that no real or lasting US, European, or international security generally is possible without essential kinds of stable cooperation with Russia. Pepper is also former chair and CEO of the Procter & Gamble Company and former chair of the Walt Disney Company. He served as CEO and is currently honorary cochair of the National Underground Freedom Center and is the author of two books, What Really Matters and Russian Tide: Procter & Gamble’s Entry Into Russia.

Pepper’s remarks were delivered on a panel called “Beyond a New Cold War?” on February 17 in New York City, cosponsored by the Carnegie Council for Ethics in International Affairs and ACEWA.

I’m here as a retired businessman. But, more importantly, I wouldn’t be here if it weren’t for another factor. I’m very concerned, as I’m sure many of you are, about the threats this nation and this world face right now, which, as I think we have already been hearing, are the greatest we have faced in my adult life. Those threats are very related: terrorism, failed states, civil wars that are out of control, and nuclear proliferation.

I come here absolutely convinced that these threats cannot—will not—be resolved if there is not extensive collaboration, respectful collaboration, between Russia and the United States, bringing along with it many other countries who look to those two countries for leadership.

A word on the business front, if I might. I spent about a quarter of a century, starting in 1990, one way or another in Russia, including as CEO of Procter & Gamble and seven years as member of the board of the Walt Disney Company as it navigated its entry into Russia. My first trip as part of P&G was in February of 1990, shortly after the fall of the Berlin Wall. We were visiting five capitals of Eastern and Central Europe—within a week. We had taken plenty of advice on where we should go. We were told, go quickly to then Czechoslovakia, we should go quickly to Hungary, get into East Germany when it unites with West Germany, go slow in Poland, and don’t even bother to go to Moscow.

Well, we went to Moscow. We decided on that visit, despite some crazy, crazy meetings, that we would create a business. We did so in partnership, the only time we ever did so as a company, with the University of Saint Petersburg, which then became a close ally.

Thanks to our Russian and some non-Russian employees, we built a great business. It became the fifth largest in the total Procter & Gamble world. Those metrics changed when the ruble goes from 35 to 80 [to the dollar]. But it remains a very successful business, with 3,000 or 4,000 employees. We’ve had no difficulties combating corruption in this business. While every country presents its own challenges, doing business in Russia for us has been very manageable.

We face another big financial crisis, as we all know; the crisis of 1998 is now being redone. In some ways, it’s tougher for the Russian people, because many had become used to living at a middle-income level and nobody expected this.

I think the reaction of the Russian government has been absolutely consistent in reinforcing the importance of international investment. While FDI [foreign direct investment] is down two-thirds this past year, while the markets that we are in are down 10 to 15 percent, while inflation is in double digits, and it is very tough and will continue to be tough for the Russian people, companies like ours—and they represent the great mass of companies—are staying in Russia for the same reason we came, because of the people, because of the education of the people, and because of Russia’s importance in every respect a country can be important.

We believe that being there has been helpful. We are told it has been. And it has certainly allowed us, like myself, who have been blessed by getting to know Russian people, to learn that the desires of Russian men and women are the same as American men and women. They want peace, they want safety for their families, they want an economic lifestyle that allows them to grow.

Perhaps the biggest risk right now, I think, for Russia will be an intellectual human capital exit, as has happened in places like Portugal. I’m not too pessimistic on that, given the belief in Russia, but it is a risk.

But we’ll carry on. There are some companies investing more. None of the big ones are leaving, and they won’t. I think the control of the capital markets, allowing the currency to go as it has, has shown great discipline, not evident in many other countries that I have been part of that have gone through the economic challenges.

On the geopolitical front, I defer to the folks who are here. I would say simply two things.

One, it is crystal clear that we face humongous challenges today in terrorism, in failed states. You know, “Humpty Dumpty fell off the wall.” Putting Syria back together again and Ukraine back together again, what we are going to do in Libya, is a gargantuan challenge. Anybody who thinks that is going to get done without Russia and the United States, and Russia bringing Iran along and Syria, is out of their mind.

When I hear stuff as I heard in the Republican debate, where we ought to attack both Assad and ISIS at the same time, I shake my head and hope that individual will learn something or doesn’t become the president of the United States. It just makes no sense. We have to be able to pull this together.

I’ll just make a few other quick comments on what I’ve observed.

We’ve all seen this in our life, the danger of self-fulfilling prophecies built, as Ambassador Jack Matlock said, on false narratives. There is a real danger in self-fulfilling prophecies if they aren’t corrected. We’ve got a lot of bad prophecies going on right now that we cannot allow to be self-fulfilled. Putting ourselves in other people’s shoes—we have a hard time doing that as human beings personally, even in our own families sometimes. We’re doing a really bad job of putting ourselves in other nations’ shoes when it comes to Russia and the United States.

And Putin is involved in doing the same thing. Lots has happened that could get him really enraged, just as Gorbachev was enraged when we did the SDI [Strategic Defense Initiative]. He said, “What do you think we are, idiots?” at one point. But, you know, that can be turned into paranoia.

On the other side, there are those who are seeing Russia and Putin as reestablishing Soviet influence, going into the Baltics, taking over Ukraine. You know, he says that would be crazy. He’s right, that would be crazy, and he knows it would be crazy, and he won’t do it. People who start to believe that he’d do it are failing to do one thing that any businessperson has to assess about a competitor, and that is, what is their real strategic intent based on their own interests.

In my view, the strategic intent of Putin, the Russian Federation, is to have an economically thriving country, having the role in the world it ought to have, with good relationships with adjacent countries, like Ukraine, just as we would insist on with Mexico and Canada.

That’s all I’ll say. Thank you.