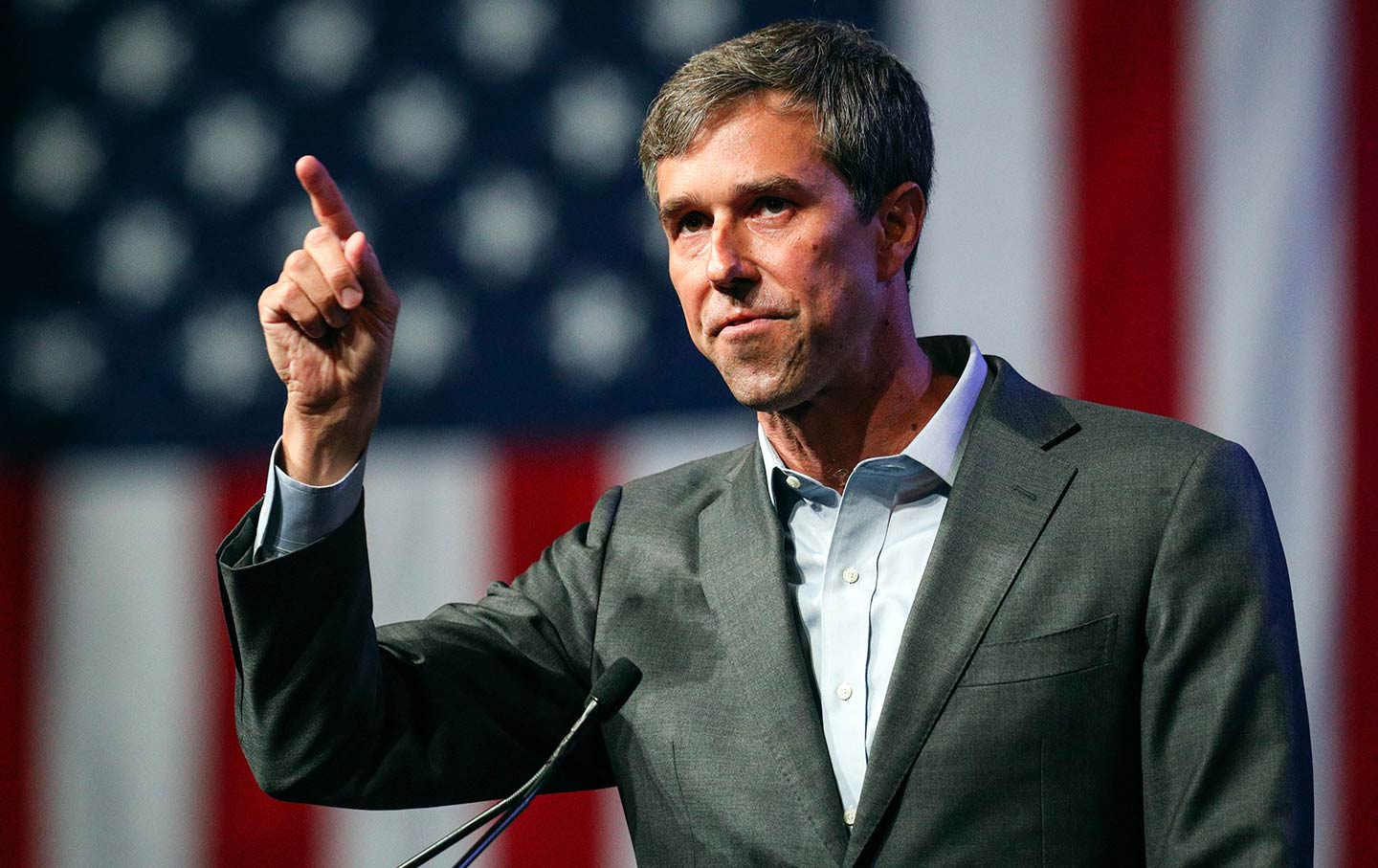 Just hours after Donald Trump played the cruelest card of the 2018 midterm election season—announcing that he would try to use an executive order to overturn the constitutional guarantee that people born in the United States are US citizens—Beto O’Rourke called the president out for again injecting bigotry into American politics. Appearing before a cheering crowd at the Richard M. Borchard Regional Fairgrounds in Robstown, a largely Latino community of 12,000 in Southeast Texas, O’Rourke was righteous in his rejection of Trumpism.

“This idea that we can scare each other about each other—based on where we are from, what language we spoke before we came to this country, the color of our skin, the nationality we claimed before we claimed that we were Americans—is preposterous,” declared O’Rourke. “It’s un-American. It’s not who we are.”

As he raced across the sprawling Lone Star state, which has not elected a Democrat to the Senate since 1988, O’Rourke countered the president’s, as well as his opponent Ted Cruz’s, explicit embrace of nationalism with a passionate rejection of the politics of divide and conquer.

O’Rourke is not the only candidate making his differences with Trump clear in the final hours before the election that will decide control of the US House of Representatives, the US Senate, and most statehouses. But the Texas Democrat may well be the candidate who is making the biggest and boldest gamble on the better angels of American politics. And it seems to be working. While his remains a long-shot bid, the final polls have shown O’Rourke closing the gap—pulling to within four points of the incumbent early last week, to within three points later last week and, in a survey released Saturday, at a 49-49 tie.

O’Rourke still has hurdles to overcome in a state where Democrats have been on a losing streak since the mid-1990s. He may not make it over them. But the 46-year-old congressman from El Paso is not slowing down. And he is not closing cautiously. The candidate who has called out racism, xenophobia, and incivility throughout the campaign is finishing off as the antidote to Trump.

“I didn’t hear this come up when the Irish were coming into this country, when other people from other parts of the planet were [coming] here,” he said the other day in Robstown. “As you see continuing immigration from Latin America—generations of Mexican Americans who have made this one of the greatest countries in the world, one of the greatest states within it—when you look at immigrants from Central America, this is who the president is talking about. He’s called Mexican American immigrants ‘rapists’ and ‘criminals.’ He’s called those seeking asylum from Central America ‘animals’ and ‘an infestation.’ And now he questioning the constitutional right to [birthright citizenship] for those who are coming from these countries. Let’s call it out for what it is. We can either focus on the president’s hate and his bigotry and his nativism, or we can stay focused on the future.”

Arguing that Texans care more about “education, immigration [reform], making sure that we lead on health care and the ability to find a job that pays a living wage” than the president’s crude exploitation of fears about caravans and babies born in the United States, O’Rourke kept returning to vital themes. With the optimism that has shaped his campaign from rough beginnings when no one gave him a chance to a conclusion in which his is now seen as a pivotal race for control of the Senate and the narrative about American politics, circa 2018, O’Rourke is telling Texas and the rest of these United States, “Donald Trump’s trying to scare us about ourselves. It’s just not going to work.”