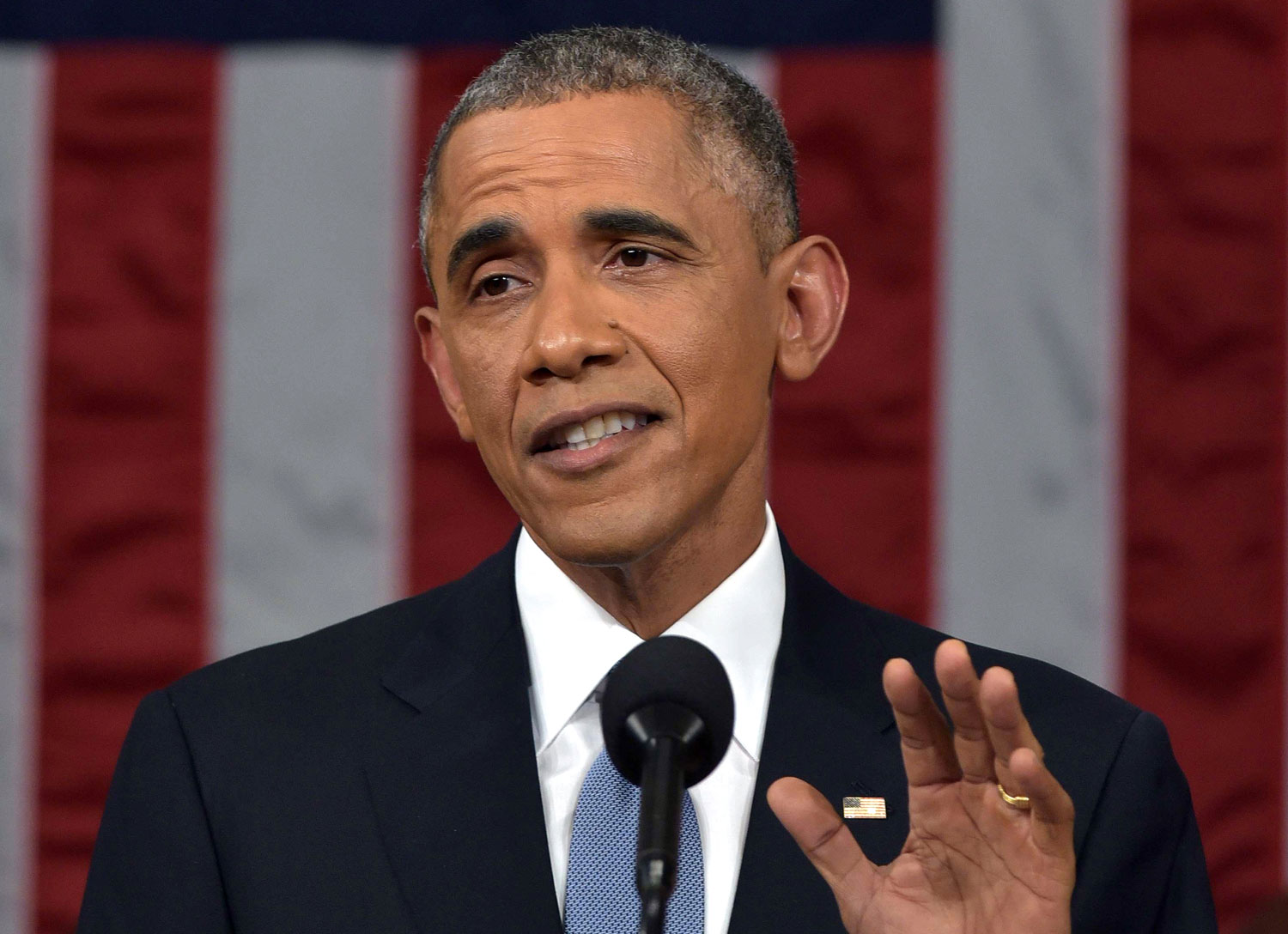 President Obama’s State of the Union Address was light on foreign-policy specifics. When it came to what Obama wanted exactly from his audience, Congress, he was even more limited. He made legislative demands on only two facets of foreign policy: Iran sanctions and an act to belatedly authorize his administration’s war against the Islamic State in Iraq and Syria (ISIS). But the approaches were different: in one case, to shut Congress down in order to avert a war; in the other, to gain Congress’s explicit backing in one.

Obama’s shown over his first six years in office that, despite “ending” the Iraq war and “winding down” the war in Afghanistan, he’s not much of an anti-war president. See his secret, expansive drone and special forces war against terrorism. Sure, he has avoided “getting dragged into another ground war” in Syria, but the war that he has launched against ISIS there and in Iraq is war nonetheless. Top military brass have said they expect our engagement in the fight to last at least three years. No wonder Obama’s asking Congress for an Authorization for the Use of Military Force (AUMF) against ISIS.

The devil will be in the details; at this point, we know nothing about the contours of a proposed resolution, its scope, its duration. Moreover, Obama’s plea for an AUMF rested on a strange double premise. The call to “show the world that we are united in this mission” is all fine, but the president ended his ask by saying, “We need that authority.” That is evidently not true: the war against ISIS has lasted for five months, well over the ninety days allowed for the president to act militarily without congressional approval. Instead, Obama has relied on a hodgepodge of murky legal justifications, including the broad 2001 AUMF against Al Qaeda—the same justification that sustains the covert everywhere war. So, unity? Sure. “Need”? No so much: Obama will prosecute the ISIS war with or without Congress, a power he has done more to dangerously expand than any other president.

But, to be fair to Obama, his efforts on Iran are directed exactly at avoiding a new war. And rightly so: experts the world over think a conflict with Iran would be disastrous for everyone involved. That’s why, on Tuesday night, Obama reiterated his threat to veto new sanctions legislation wending its way through Congress—to keep the slow but progressing nuclear talks with Iran alive. Adding sanctions now, whether they’re on a delayed trigger or not, would be an affront to the interim deal signed with Iran in November 2013 (no matter what lies neocons and hawks peddle). And a breakdown in diplomacy would set us right back on the path to the confrontation Obama—and most of the sane world—seeks to avoid so badly.

That’s why it was reassuring to see Obama on Tuesday make explicit the stakes of torpedoing talks. “I will veto any new sanctions bill that threatens to undo [diplomatic] progress,” he said. “The American people expect us to only go to war as a last resort, and I intend to stay true to that wisdom.” This wasn’t as forceful as last week, when Obama said killing talks risked war and Congress would need to “own that,” but hammering the point home is welcome; and it’s a tactic that, as Eli Clifton and I wrote in The Nation last summer, worked the last time the Senate pressed more sanctions.

We shouldn’t be surprised that Obama’s State of the Union speech was, from a progressive standpoint, a mixed bag: it is of a piece with Obama’s foreign policy. His legacy seems likely to pan out this way, too. Just as Obama seems to conduct America’s policies abroad in an ad hoc fashion, progressives must address these policies as they arise—support them when they promote our values, and oppose them when they transgress us. There are, such as on Iran diplomacy, times when such support will be crucial. And in that case, the stakes couldn’t be bigger.