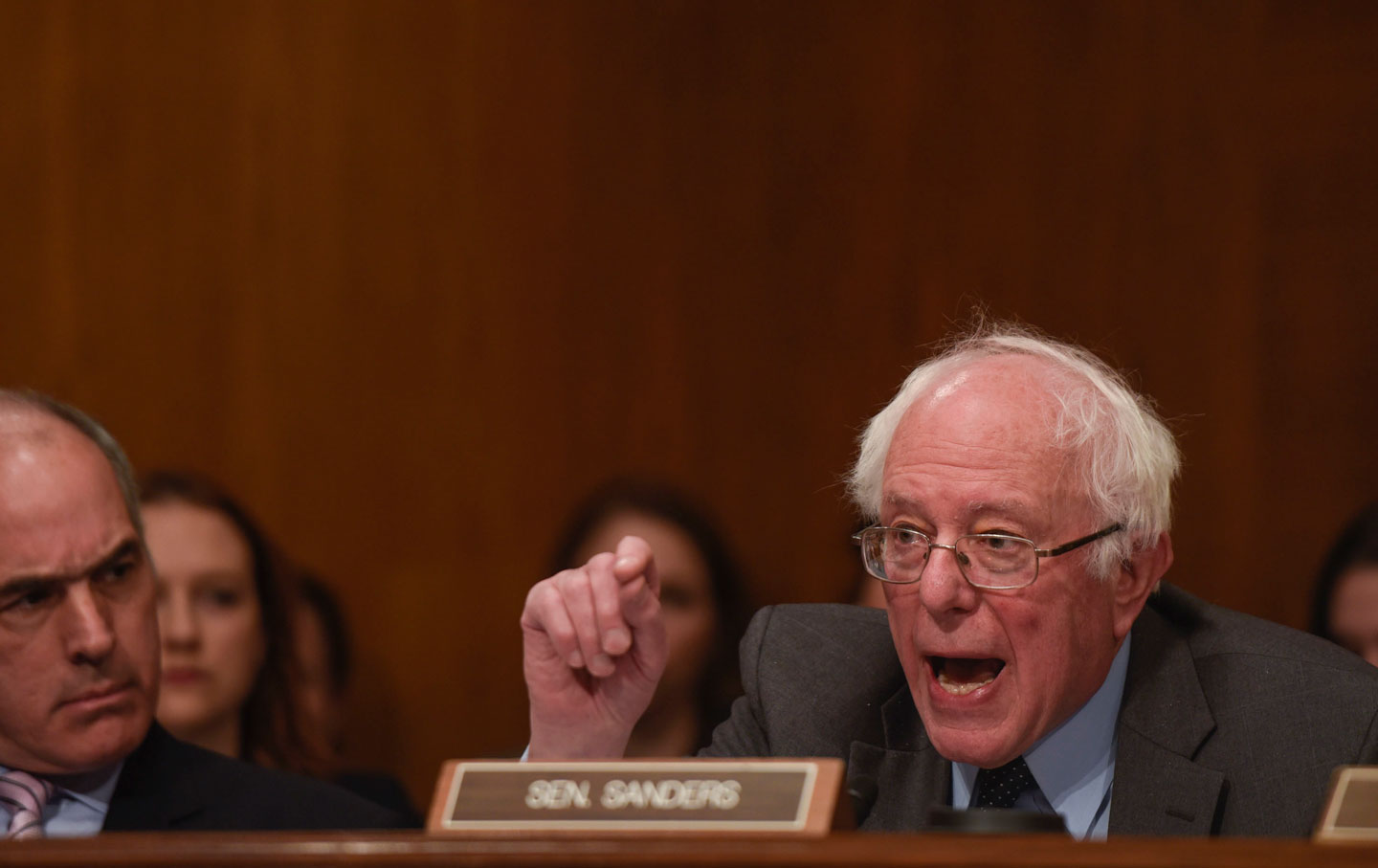 Bernie Sanders questions Tom Price during the nomination hearings for Price to be considered for secretary of health and human services on January 18, 2017. (Photo by Riccardo Savi)

It has been argued with some validity that budgets are moral documents, as the priorities they outline reveal the values of the political figures who draft, debate, and enact them. And if this is the case then, surely, presidential cabinets must be understood as moral constructs, as the men and women who are nominated reveal not just the personalities but the values that will guide the incoming administration.

Yet debates about cabinet picks often fail to reflect on the moral values of the nominees and the agendas they advance. That’s unfortunate, because those who propose to guide a government should be forced to confront the morality—and the immorality—of their own choices.

The process by which senators offer their advice and consent with regard to cabinet nominations should weigh those choices, and the policies that extend from them. But only a few legislators are genuinely willing to hold nominees to account on fundamental matters of right and wrong.

That is why the questioning by Vermont Senator Bernie Sanders of President-elect Donald Trump’s nominee to serve as secretary of health and human services, Georgia Congressman Tom Price, was so vital.

Price is an indefensible pick for an essential position. A longtime lackey of health-care industry profiteers, whose own investments are now the subject of scrutiny, the congressman has made it his mission to shred not just the Affordable Care Act but the whole of the safety net that provides what minimal protections are available to low-income Americans, working families, people with disabilities, and retirees. “If confirmed,” argue leaders of the National Nurses United health-care union, “it is clear that Rep. Price will pursue policies that substantially erode our nation’s health and security—eliminating health coverage, reducing access, shifting more costs to working people and their families, and throwing our most sick and vulnerable fellow Americans at the mercy of the health-care industry,”

But Price is also a political careerist, with carefully crafted answers that are designed to cloak real intents and muddle the discourse. He can usually spin his way out of trouble.

Bernie Sanders was not about to be spun.

In his questioning of the nominee during Wednesday’s Senate Health, Education, Labor and Pensions Committee hearing, the senator pressed Price to answer fundamental questions—and to address fundamental conflicts between the slick rhetoric of cabinet nominees and the painful reality of the policies they propose:

SANDERS: The United States of America is the only major country on earth that does not guarantee health care to all people as a right. Canada does it, every major country in Europe does it.

PRICE: Yes. We are a compassionate society…

SANDERS: No, we are not a compassionate society. In terms of our relationship to poor and working people, our record is worse than virtually any other country on Earth. We have the highest rate of childhood poverty of any other major country on Earth. And half of our senior older workers have nothing set aside for retirement. So I don’t think, compared to other countries, we are particularly compassionate.

My question is: In Canada, in other countries, all people have the right to health care. Do you believe we should move in that direction?

SANDERS: “Has access to” does not mean that they are guaranteed health care. I have access to buying a $10 million home. I don’t have the money to do that.

Price did his best to avoid an honest discourse about the moral issues that should be at the very center of the health-care debate in America, spinning up a line about how “we believe it is appropriate to give every person the financial feasibility to purchase the coverage they want for themselves and their family…not what the government forces them to buy.”

That talking point—the one about “what the government forces them to buy”—was a deliberate dodge. Price is a smart man. A physician by training, and a key player in congressional debates on the ACA, Medicaid, and Medicare, he knows the issues. He could have spoken about sincere disagreements regarding the structures of the Affordable Care Act. He could have proposed a better approach: one that might reject mandates, while establishing guarantees. But the congressman refused to take the questions, or the issues, seriously. Instead, he avoided them, talked around them, and spun them.

The congressman’s political gamesmanship revealed everything that needs to be known about this nominee.

Tom Price will not entertain the basic premise that health care is a right, as opposed to a privilege. He refuses to wrestle with the moral questions and conflicts that arise when wealthy Americans know they can address even their most minor ailments with state-of-the-art medicines and therapies, while the great mass of Americans wonder whether they will get the care that is needed to survive.

After the hearing, Sanders tweeted two messages, both of which were true.

“We have to ensure health care as a right, not give the wealthy $346B in tax breaks while 32 million people are thrown off health insurance,” argued the senator.

Tom Price is the wrong pick for the Health and Human Services post—politically, practically, and morally.