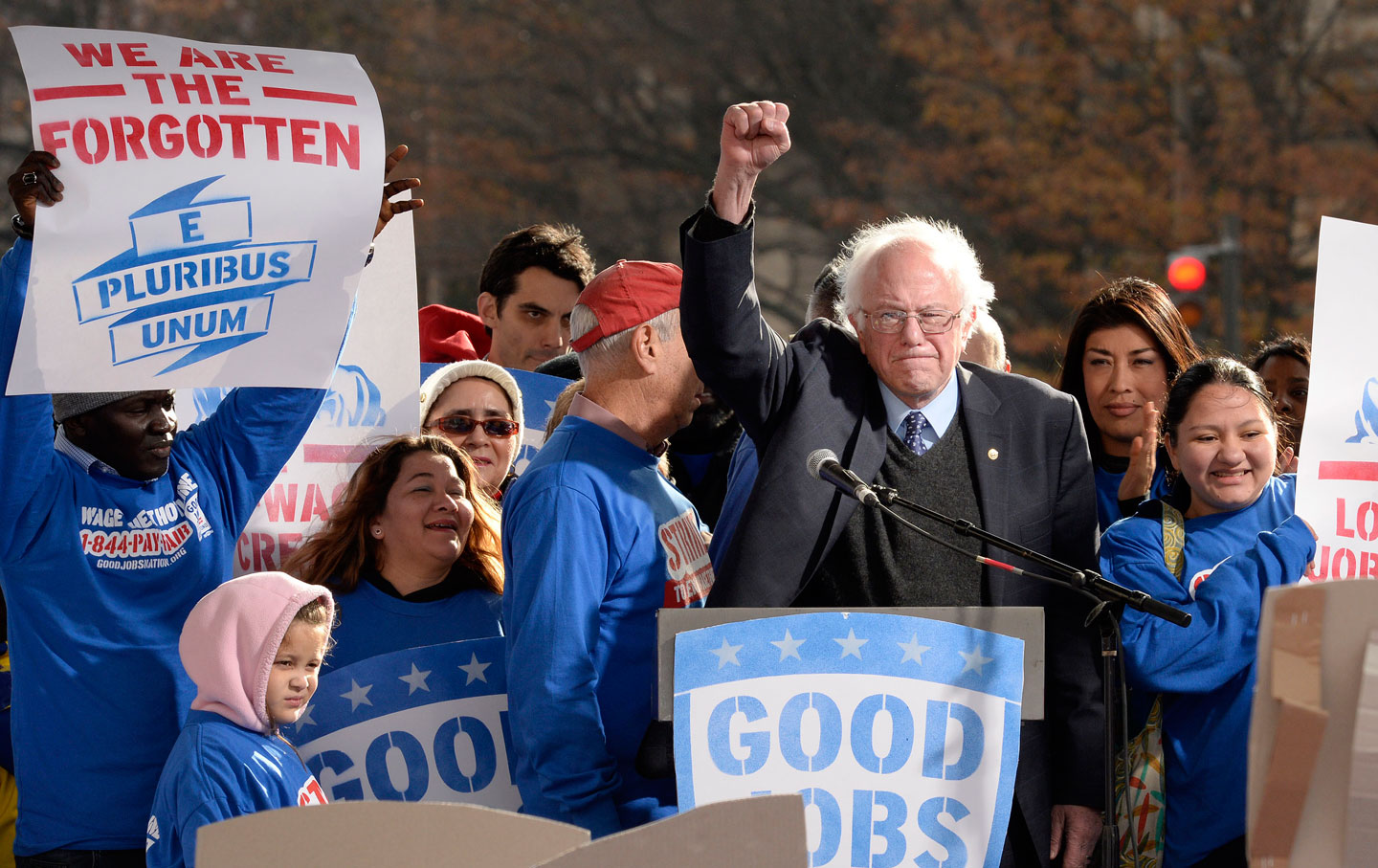 The fight is on against the Trump agenda in places where it matters most—in towns like Canton, Mississippi, population 13,189. So that is where Bernie Sanders will be headed on Saturday.

He’ll be joining local autoworkers, actor Danny Glover, and NAACP President Cornell William Brooks in the “March on Mississippi,” which seeks to highlight abuses of worker rights and civil rights at the local Nissan Motor Company vehicle assembly facility. Organizers of the march expect it to be one of the largest Mississippi has seen in years.

The mission is an urgent one, as it will highlight unsafe working conditions and mistreatment of workers at the plant where roughly 80 percent of the 5,000 workers are African-Americans. The march will call on Nissan to stop resisting union organizing efforts and allow a free and fair vote on whether workers can exercise their right to organize and collectively bargain.

“I am proud to join in fighting to give workers at Nissan’s Canton, Mississippi, plant the justice, dignity and the right to join a union that they deserve,” says Sanders, whose 2016 presidential bid has made him one of the most identifiable champions of labor rights in the United States. “Nissan has union representation at 42 out of its 45 plants around the world. The American South should not be treated differently.”

Organized by the Mississippi Alliance for Fairness at Nissan (MAFFAN), a coalition of civil-rights leaders, clergy and labor activists, the march is being backed by the new national Good Jobs Defenders coalition, which includes the Change to Win, the Communications Workers of America and National Nurses United unions, Bend the Arc Jewish Action, Patriotic Millionaires, CREDO, and the Our Revolution movement that grew out of the Sanders campaign.

“There is a war on workers in America today, and we must stand up and fight back against companies that are willing to sacrifice the rights and safety of their workers to turn a profit,” says Joseph Geevarghese of Good Jobs Defenders, who objected to the used of federal dollars to aid multinational corporations that depress rather than raise wages. “When those companies are receiving billions in taxpayer dollars to operate, the federal government should intervene to guarantee good jobs, living wages, and worker rights from companies we as taxpayers are subsidizing.”

The March on Mississippi is part of the new wave of marches, rallies, protests, and organizing drives that will not merely resist Trump but also resist the austerity policies of national politicians like House Speaker Paul Ryan and the failed economic policies of Republican governors who attack unions and living-wage initiatives. Linking activists together, the movement message declares: “Workers’ Rights = Civil Rights!”

Canton was chosen because, as organizers note, “In late 2015, the National Labor Relations Board charged Nissan and a temporary worker agency with violating workers’ rights in Mississippi. The Labor Board found that Nissan unlawfully threatened to close the plant if workers unionize; threatened employees with termination for union activity; and unlawfully interrogated employees. The Labor Board said that Nissan has ‘been interfering with, restraining and coercing employees in the exercise of their rights.’” Organizers also point to the fact that the Occupational Safety and Health Administration has issued multiple citations against Nissan for violations of federal safety and health laws—the most recent of which found that Nissan “did not furnish employment and a place of employment which was free from recognized hazards that were causing or likely to cause death or serious physical harm to employees.”

“People get hurt too often at Nissan and these injuries can rob us of our ability to provide for our families,” explained Ernest Whitfield, a 13-year employee at the Canton plant, where the United Auto Workers union has identified “systematic, prolonged and serious violations of labor rights.”

Danny Glover says the disconnect between Nissan ads promoting the car company and the reality of what happens in its Canton plant brought him to Mississippi to march with the workers and Sanders. “Nissan spends hundreds of millions of dollars a year marketing itself as a socially responsible carmaker, even going so far as to brag about its appeal to African-American car-buyers. Yet behind the scenes, the company is violating the rights of the African-American workforce that makes those cars,” says Glover. “We’re speaking out because Nissan can’t have it both ways, and it’s time for car dealers and customers alike to understand the product they’re selling and buying doesn’t fit the image of what Nissan claims it’s producing.”

It is also time, says Sanders, to stand with Southern workers as they struggle for their rights. “What the workers at the Nissan plant in Mississippi are doing is a courageous and enormously important effort to improve their lives,” says the senator, who joined union picket lines as a presidential candidate and who has kept on marching since the election.