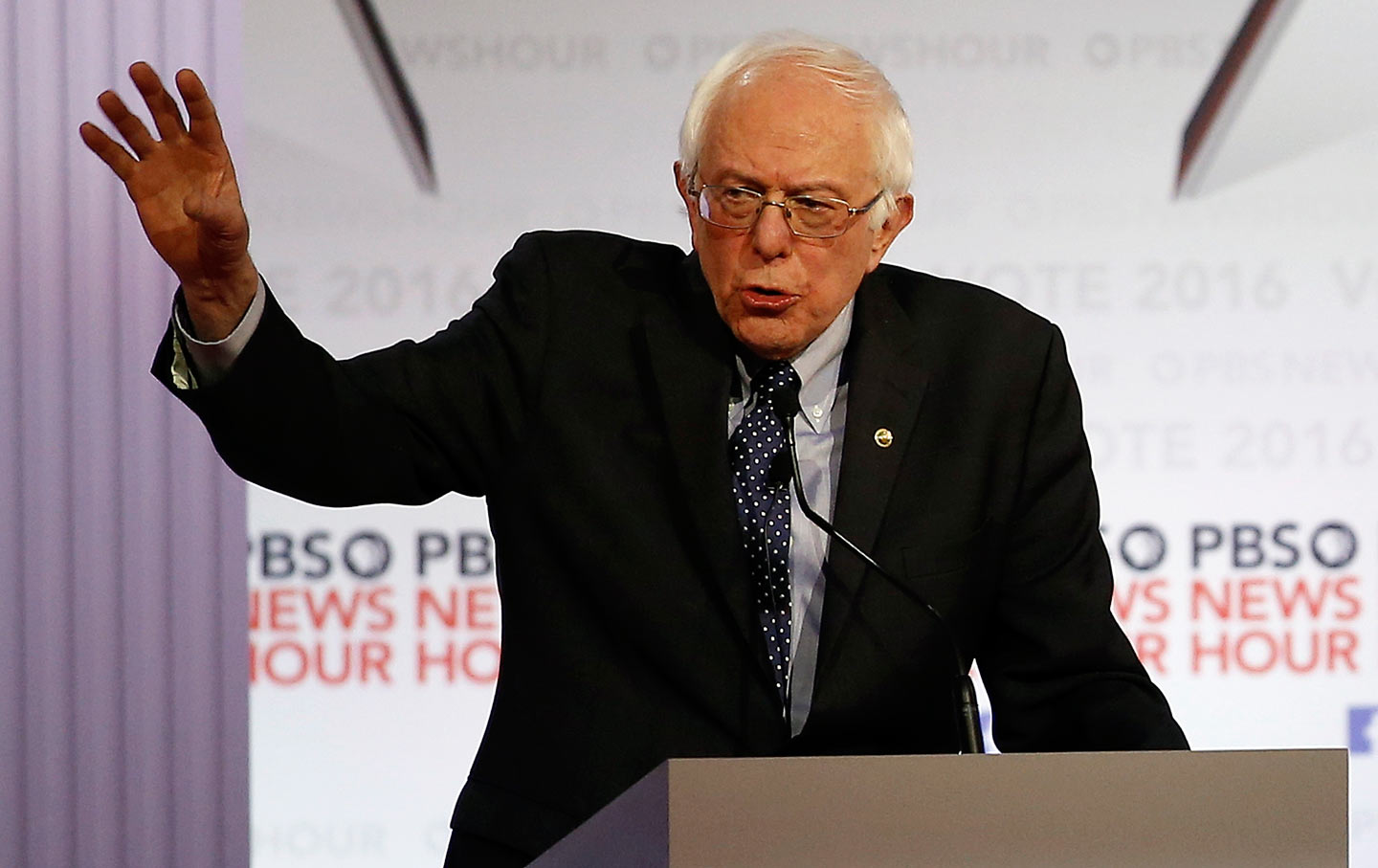 I honestly don’t think Senator Bernie Sanders meant to say that he, a white guy from Vermont, would do a better job of handling American race relations than President Obama. But that’s essentially what he said in Thursday night’s PBS debate with Hillary Clinton. After noting that “relations between the races” hadn’t gotten better under Obama, Judy Woodruff asked him: “So race relations would be better under a Sanders presidency than they’ve been?” And he answered, “Absolutely.”

That’s an example of the way Sanders’s laudable self-confidence, and his passionate belief in big, systemic change, is causing problems for his candidacy when it comes to the issue of Obama. Combine that answer with Sanders’s claim, earlier the same day, that Obama hadn’t offered the “presidential leadership” to close the gap between Congress and the American people, and it’s clear the campaign is hitting some potholes on its way to the crucial South Carolina primary on February 27.

I don’t think Sanders heard Woodruff’s question the way she meant it—as a contrast with Obama. What presidential candidate wouldn’t promise “I will improve race relations, absolutely!” But she’d asked the same question of Clinton, who was savvy enough to reject the premise that Obama hadn’t done enough to heal the racial divide. “I’m just not sure I agree completely with that assessment,” she told Woodruff.

Sanders’s extended answer didn’t help him either. How will he improve race relations? Here’s what he said:

What we will do is say, instead of giving tax breaks to billionaires, we are going to create millions of jobs for low-income kids so they’re not hanging out on street corners. We’re going to make sure that those kids stay in school or are able to get a college education. And I think when you give low-income kids, African Americans, white, Latino kids the opportunities to get their lives together, they are not going to end up in jail. They’re going to end up in the productive economy, which is where we want them.

Again, I’m sure he didn’t mean it this way, but Sanders essentially said that race relations will improve when black kids stop hanging out on street corners and live productive lives instead. That would be the worst of respectability politics, if that’s what Sanders meant. I don’t think it is. But almost as bad: That answer shows he hasn’t thought deeply about the roots of racism; he still defaults to his belief that economic equality is the answer to the deep-seated problems of institutionalized white supremacy in America’s past and present.

But it’s the issue of Obama that’s giving Sanders his toughest political challenge right now. Some of that is unavoidable. His candidacy is premised on the fact that the political establishment—and that includes the president—refuses to create meaningful solutions to the problems of income inequality, student debt, and, yes, race relations, because it’s beholden to forces that profit from the way things are. Sanders genuinely believes Obama hasn’t done enough—and on some issues, he’s right.

The administration rescued the banks from the brink of disaster, but did little to help their victims. His team chose not to prosecute or punish the people responsible for the crisis. And back when Sanders was suggesting Obama should face a primary challenge, there were many people on the left—I was among them—who disagreed, but who were also discouraged at his efforts to reach a “grand bargain” with Republicans that would have cut Social Security and Medicare in exchange for some tax hikes. Sanders can’t disavow all of his criticisms of the president, nor should he.

But given that political bind, he should go out of his way to avoid unfair, unnecessary criticism, like the kind he delivered on Thursday. Sanders doesn’t—yet—grasp the sense of protectiveness and pride many African Americans feel about the president. In a November 2014 interview with NPR’s Steve Inskeep, he was rather dismissive of black support for Obama:

Sanders may find out the hard way that African-American voters don’t enjoy being instructed as to what they should base their politics on.

No doubt Clinton is enjoying the role reversal, which feels unfair to his supporters, especially African-American Sanders backers. “The kind of criticism [of Obama] I hear from Senator Sanders, I expect from Republicans,” she said in Thursday night’s debate. “I do not expect it from someone seeking the Democratic nomination.” That’s politically opportunistic, of course. But Sanders should listen to her anyway.