The Horowitz report didn’t exactly give the FBI a clean bill of health. It found “significant inaccuracies and omissions” in the initial application sent to the FISA court that set the stage for the surveillance of Trump campaign adviser Carter Page. Horowitz came to the conclusion that “the surveillance of Carter Page continued even as the FBI gathered information that weakened the assessment of probable cause and made the FISA applications less accurate.” This is a genuine civil liberties violation, one that deserves universal condemnation.

Unfortunately, Barr went well beyond the legitimate evidence of FBI misconduct to spin the familiar Trumpian fantasia of an Obama administration conspiracy to spy on the Trump campaign. This florid story flatly contradicts the findings of the Horowitz report. Asked about Russian interference in the 2016 election, Barr suggested that the Obama administration’s actions were far worse. Barr told NBC, “I think probably from a civil liberties standpoint, the greatest danger to our free system is that the incumbent government used the apparatus of the state, principally the law enforcement agencies and the intelligence agencies, both to spy on political opponents, but also to use them in a way that could affect the outcome of the election.”

Barr’s words were rightly castigated by many commentators as partisan mudslinging. As Adam Serwer of The Atlantic noted, Barr’s complaint is ironic given that Trump is currently being impeached for acts that amount to orchestrating interference in the 2020 election. “Not only does Barr know [what he accuses Obama of] did not happen, but it also reveals that he completely understands why Trump’s extortion of Ukraine is impeachable but does not care,” Serwer tweeted. “If Barr were consistent, he would argue Obama using the FBI to interfere with the election (didn’t happen) is fine just like Trump extorting Ukraine is fine, because the president can do what he wants. That’s not his position. His position is *Trump* can do whatever he wants.”

Writing in The Washington Post, Jennifer Rubin argued that Barr’s “false—deliberately false—assertions were jaw-dropping.” Among those false statements were claims that the Russia investigation generated only “exculpatory information” and was “based on a completely bogus narrative that was largely fanned and hyped by an irresponsible press.”

Contrary to Barr’s claims, even though the Mueller report found no conclusive evidence of a conspiracy between the Trump campaign and the Russian government, it certainly documented many examples of highly irregular contact. Beyond that, leading figures of that campaign like Paul Manafort and Roger Stone have been convicted of serious crimes, which argues against the narrative Barr is presenting of innocents being targeted by a witch hunt.

Barr undercut the Horowitz report in another way, by saying that it will be supplanted by the findings of another investigation done under his own direction by US Attorney John Durham. Unlike the inspector general, Durham isn’t working for an independent body at arm’s length from the White House.

With his partisan bile, Barr is doing his best to whittle away the impact of the Horowitz report. This is regrettable even beyond the fact that the attorney general shouldn’t be using his position to provide political cover for the president.

The Horowitz report has an importance that extends further than the current battles over Trump, the Russia investigation, and impeachment. It’s a deep dive into the surveillance state created by the War on Terror. The report demonstrates that abuse of civil liberties is all too common in the current legal regime.

Julian Sanchez, writing in Just Security, observes that the Horowitz report gives “a bleak picture of the Bureau’s vaunted vetting process for warrant applications under the Foreign Intelligence Surveillance Act (FISA), documenting a host of material omissions or misrepresentations in the government’s case for wiretapping erstwhile Trump campaign advisor Carter Page, whose privacy was invaded for nearly a year on disturbingly thin grounds.” Page was entrapped by a system that was “not so much sinister as banal” and governed by “inertia.”

The Russia investigation included real abuse of power, but it wasn’t the “deep state” cabal of Trumpian lore. Rather, it was the more familiar evil of a national security bureaucracy that has been given too much power and too little oversight. Empowered to spy on almost anyone on the basis of flimsy evidence and possessing an expansive definition of potential transgressions, this bureaucracy did in fact ensnare some innocent people in its net (along with, in cases like Paul Manafort, some high-level crooks).

This out-of-control surveillance state was created by both political parties. In the fearful days after 9/11, Democrats and Republicans alike embraced the idea of government with far-reaching spying powers. Barack Obama refined the system created on George W. Bush’s watch—but Obama didn’t fundamentally alter the system. 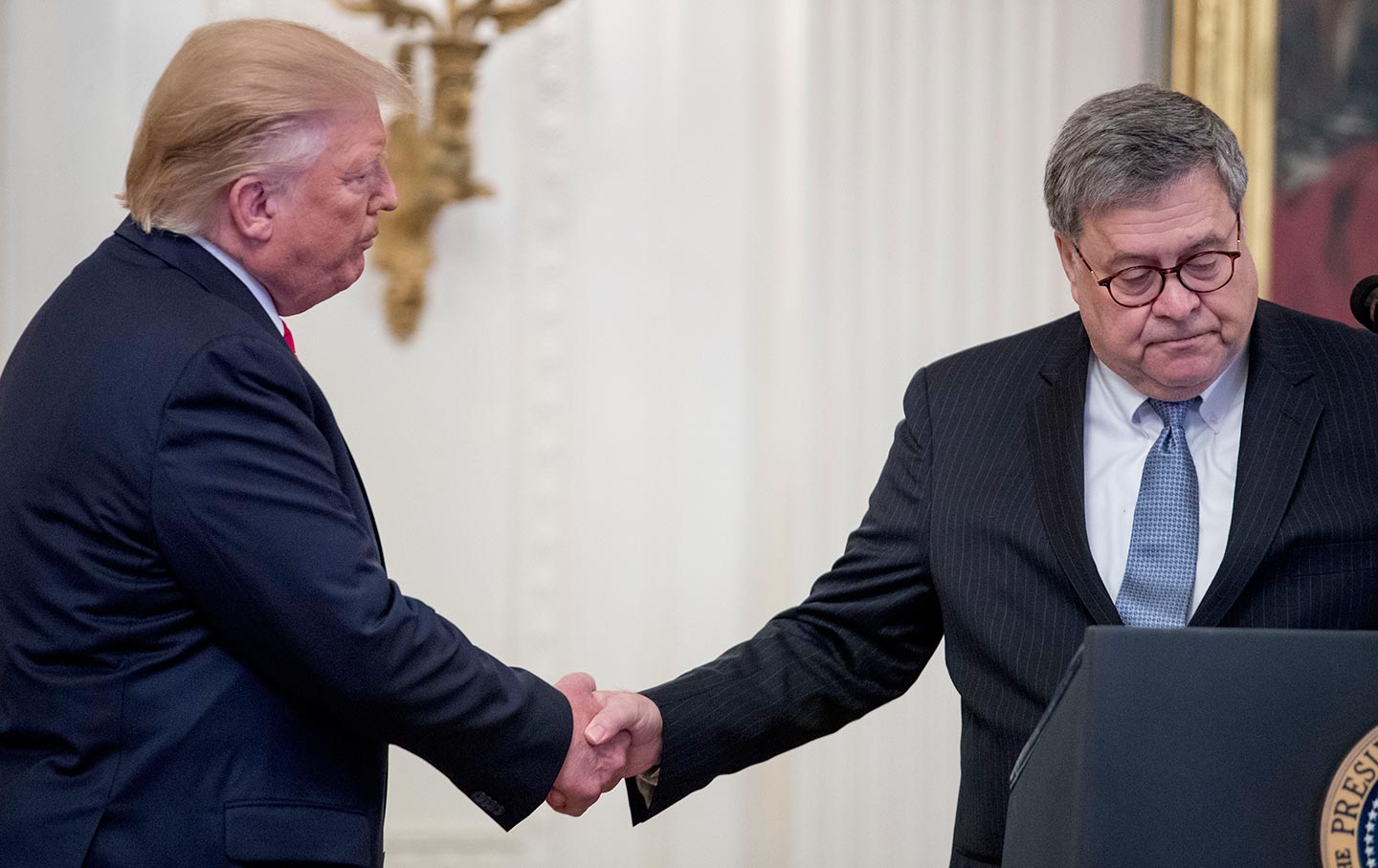 Enjoying bipartisan support, the surveillance state is unlikely to be shaken by the Horowitz report even as it generates partisan controversies. Right-wingers like Barr are upset that the Trump campaign was targeted, but they don’t have a wider critique of the surveillance state when used against anyone but high-profile Republicans. Democrats, meanwhile, have been focusing on how the report dismantles Trump’s “deep state” narrative. Less attention has been given to the systematic abuse documented in the Horowitz report, except by civil libertarians like Julian Sanchez.

Part of the price America is paying for Trump’s presidency is that the controversies swirling around the White House obscure deeper and more systematic problems. The fact that the true lesson of the Horowitz report is being neglected is an all too typical sign of the times.