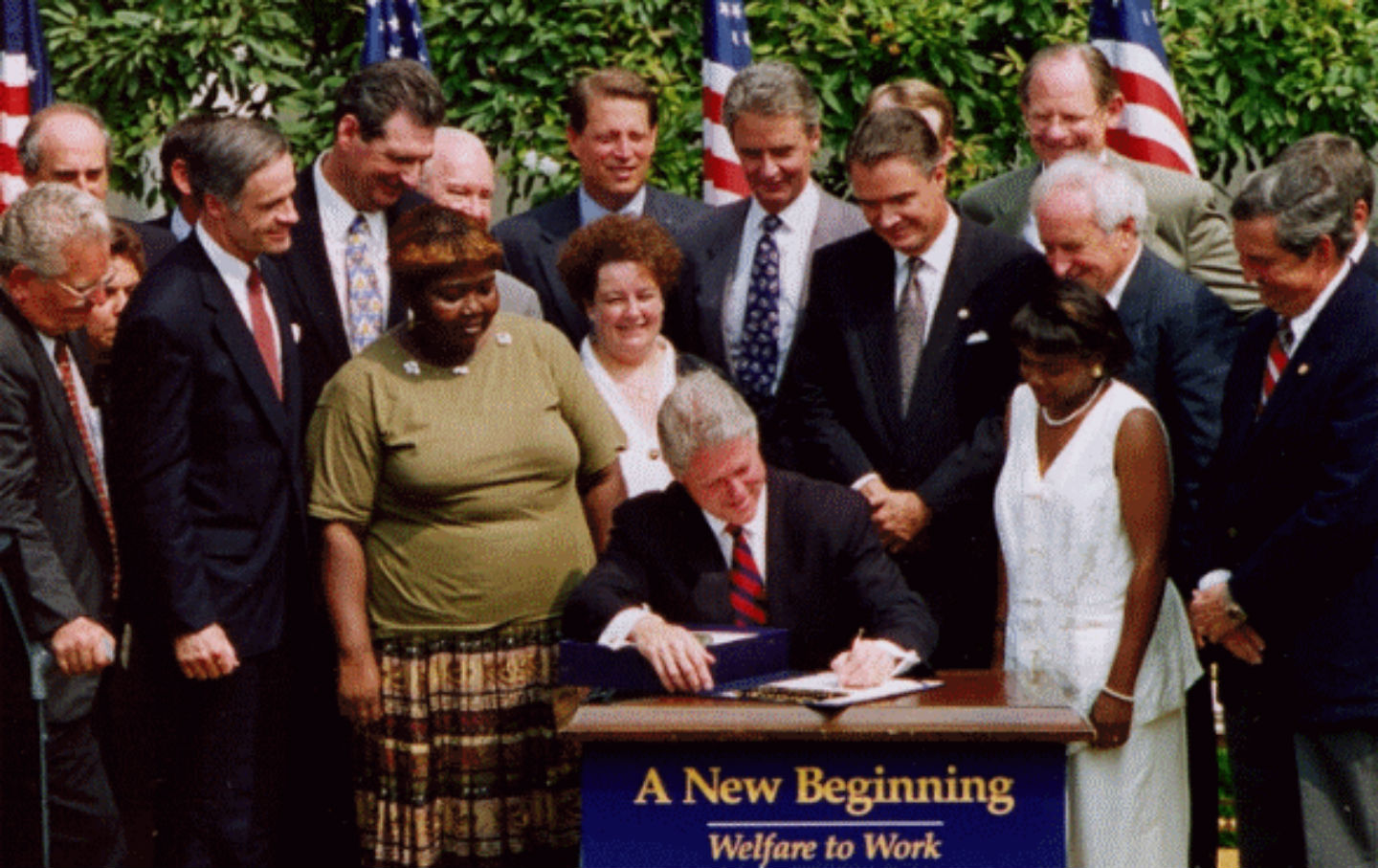 On this day in 1996, President Bill Clinton signed the Personal Responsibility and Work Opportunity Act, the euphemistically labeled “welfare reform,” which significantly reduced federal aid for the poorest Americans. The journalist Jill Nelson wrote about the likely fallout from the “reform” in a Nation piece titled, “Apocalypse Now.”

I am terrified by what will likely happen. Here, we are already on the edge; there is no shoulder by the side of the road. Many of my neighbors are elderly legal immigrants, long out of the work force and sometimes pensionless, subsisting on [Supplemental Security Income]. Many are families with children, who receive food stamps or Medicaid because, even working a full-time job, they can’t put quite enough food on the table or purchase health care. Some of the young women I can see coming outside with their babies as soon as it gets warm receive [Aid to Families With Dependent Children]. Then there are all the other people who get no direct benefits from social welfare programs (although many, like myself, once did), but coexist peacefully with those who do—beneficiaries of the fragile state of grace that suggests we are our sisters’ and brothers’ keepers. That is what community is fundamentally about. The welfare bill will destroy that state of grace. In its place will come massive and deadly poverty, sickness and all manner of violence. People will die, businesses will close, infant mortality will soar, everyone who can will move. Working- and middle-class communities all over America will become scary, violent wastelands created by a government that decided it has no obligation to its neediest citizens. In such a landscape, each of us becomes either predator or prey. We’ll all be fair game to one another, the ones who used to be our neighbors, back when we had a community. The bill does not signal simply the “end of welfare as we know it” but the end of any idealistic notions of an America we thought could be. In stripping away society’s supports for the weakest—whether children born in poverty, or young mothers in need of a leg up, or legal immigrants who came here in search of a better life, or unemployed workers in a time of record corporate profits and rampant downsizing—the government announces the death of a dream of America. Forget you heard the words engraved on the Statue of Liberty, written in the Constitution or the Bill of Rights. All that is simply obsolete lip service. The only sound now is the death knell of any government-supported vision of an equitable, egalitarian America.