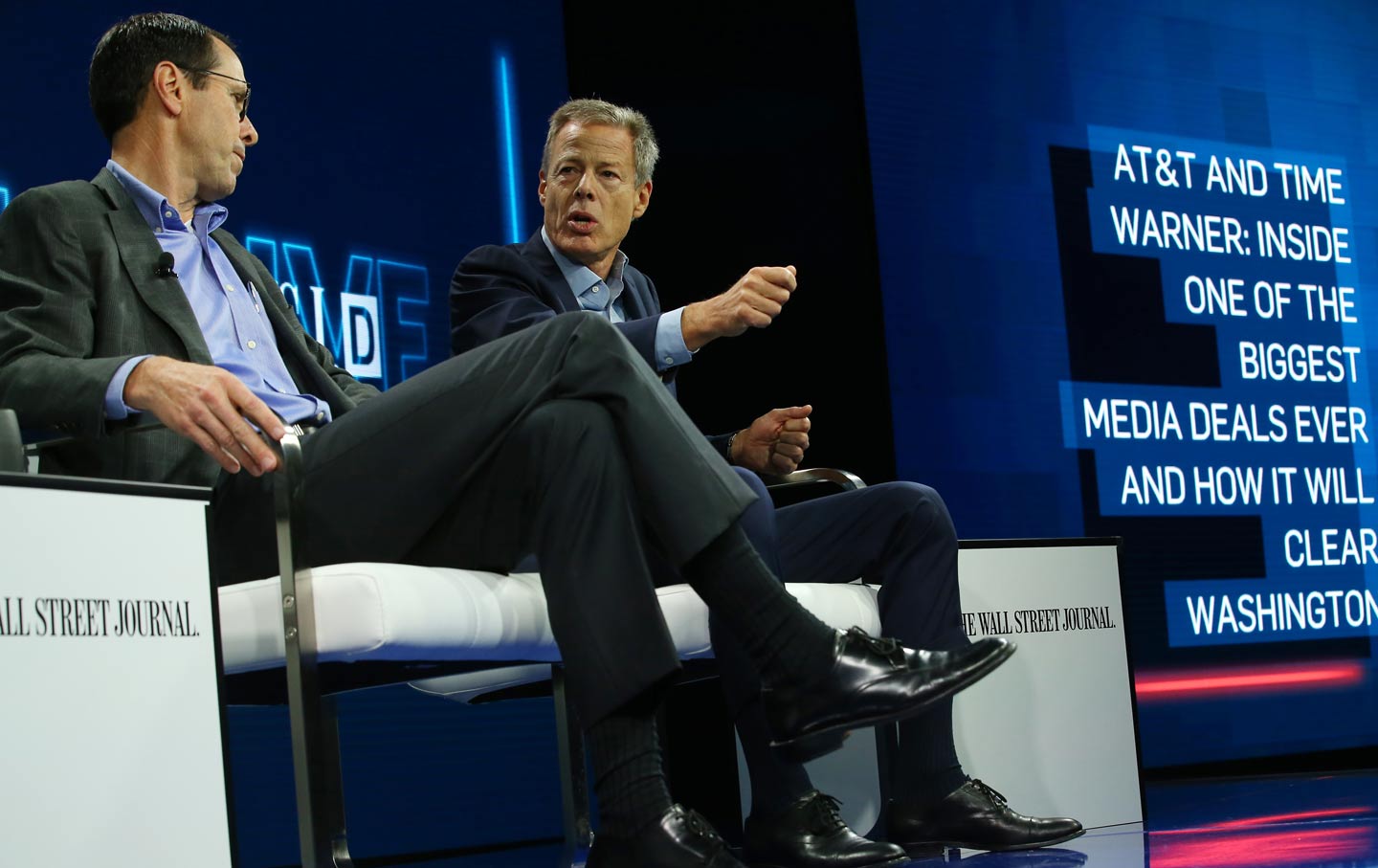 During an address to AT&T employees last month in Dallas, CEO Randall Stephenson called on those struggling with the words “Black Lives Matter” to not rebut with “all lives matter” and ignore the real need for change. They were powerful words from one of the nation’s biggest telecommunications providers. But, in the end, they were just words. Words that didn’t answer the critical, lingering question: Why now?1

The timing of Stephenson’s speech could have something to do with the fact that AT&T recently announced its intention to seek Justice Department and Federal Communications Commission (FCC) approval to purchase Time Warner in a merger that would give AT&T unprecedented control over media, broadband, pay TV, and online distribution. The more than $80 billion merger would make this one of the largest deals in a year full of giant mergers across all industries.2

The timing is also pivotal for the communications industry, when telecom giants are closing ranks as consumers increasingly embrace cheaper, digital, mobile alternatives. This proposed merger comes more than a year after AT&T closed on a $48.5 billion deal for DirecTV, the nation’s largest satellite-television provider. The merger created the country’s largest television distributor, with about 26 million subscribers, surpassing Comcast. AT&T is the second-largest wireless carrier in the country too, with more than 130 million customers—dwarfing Comcast’s reach.3

Given what’s at stake for AT&T, the public can expect to see merger stakeholders going beyond the pale (no pun intended) to solicit the moral authority of the civil-rights establishment and the movement for black lives to help rationalize the drive for increased media consolidation.4

Before anyone jumps on that bandwagon, understand that it isn’t AT&T’s CEO or his individual beliefs about black lives that progressives and civil-rights leaders should learn more about; it’s the company itself.5

When you look past the words of this one man in this historic political moment to the actions of AT&T as a company, a disturbing pattern emerges of privacy violations, free-speech abuses, and predatory preemption of attempts by local communities to build their own broadband networks—all practices that limit economic opportunity for black people in America.6

Despite their brand as a company driven by a commitment to diversity and civil rights, AT&T remains a longstanding member of American Legislative Exchange Council, the conservative lobbying group featured heavily as a driver of mass incarceration in Ava DuVernay’s recent Netflix documentary, 13th. Together with ALEC, AT&T lobbies politicians to adopt legislation written by corporations. ALEC is perhaps best known for its role in advancing “stand your ground” legislation, which was presented as a winning defense by George Zimmerman. Through ALEC, AT&T has advanced model bills to thwart community broadband ownership, and enacted video franchising laws that harm public access television stations.7

Beyond its noteworthy membership in ALEC, AT&T also vigorously opposed net neutrality—the rules that prevent Internet service providers from creating a pay-to-play service and that keep the Web open and free from discrimination. Though net neutrality is now the law of the land, having been affirmed both by the FCC and the courts, companies like AT&T continue to try to weaken or overturn these consumer protections.8

For example, there are ways for a provider like AT&T to boost its own homegrown content through a profit-bearing scheme called zero rating. Zero rating claims to offer “free” data, but in actuality offers fake data, or plans that limit the ability of consumers to use data however they want. Instead of offering the uncapped data plans that low-income people need to truly bridge the digital divide, AT&T is offering a false solution that makes struggling consumers choose between sub-par and exorbitant data plans.9

These practices also limit the ability of people of color, who own just 3 percent of broadcast TV stations, to be more than consumers of media content. Increased media consolidation makes it even more difficult for people of color to be producers of media and job creators in their own right. It reduces their ability to control the distribution of the content they create, thereby weakening their ability to influence the public conversation about race and justice.10

Despite the disproportionate impact of these practices on people of color, AT&T prides itself on a record of workforce diversity and inclusion—and it’s true. But it’s also true that AT&T has been an enthusiastic, decades-long partner to law enforcement, violating the privacy of its customers. In particular, according to a New York Times report, AT&T helped the NSA to spy on millions of Americans. At a time when black leaders face government surveillance from Baltimore to North Carolina and beyond, we must consider the implications of giving a company with a track record of spying unprecedented additional control.11

Given AT&T’s record, and the fact that this merger would forge what may be the biggest deal in the world this year, it makes sense that both presidential candidates have expressed skepticism about the merger. Senator Edward Markey, a Massachusetts Democrat, also raised concerns about the impact such significant consolidation could have on both the market and free expression. Anyone advocating for the human rights of black people should be cautious, if not downright opposed, to giving AT&T any more control over black voices than it already has.12

Instead, let’s fight for universal, affordable, and community-controlled access to the Internet, for all black people and oppressed communities at large, which cannot come through an AT&T/Time Warner merger.13

AT&T expects to close the acquisition by the end of 2017. While the future of television and the Internet will absolutely depend on innovation and partnership, all those evaluating whether this particular merger is good for black lives might want to remember the old saying, “actions speak louder than words.”