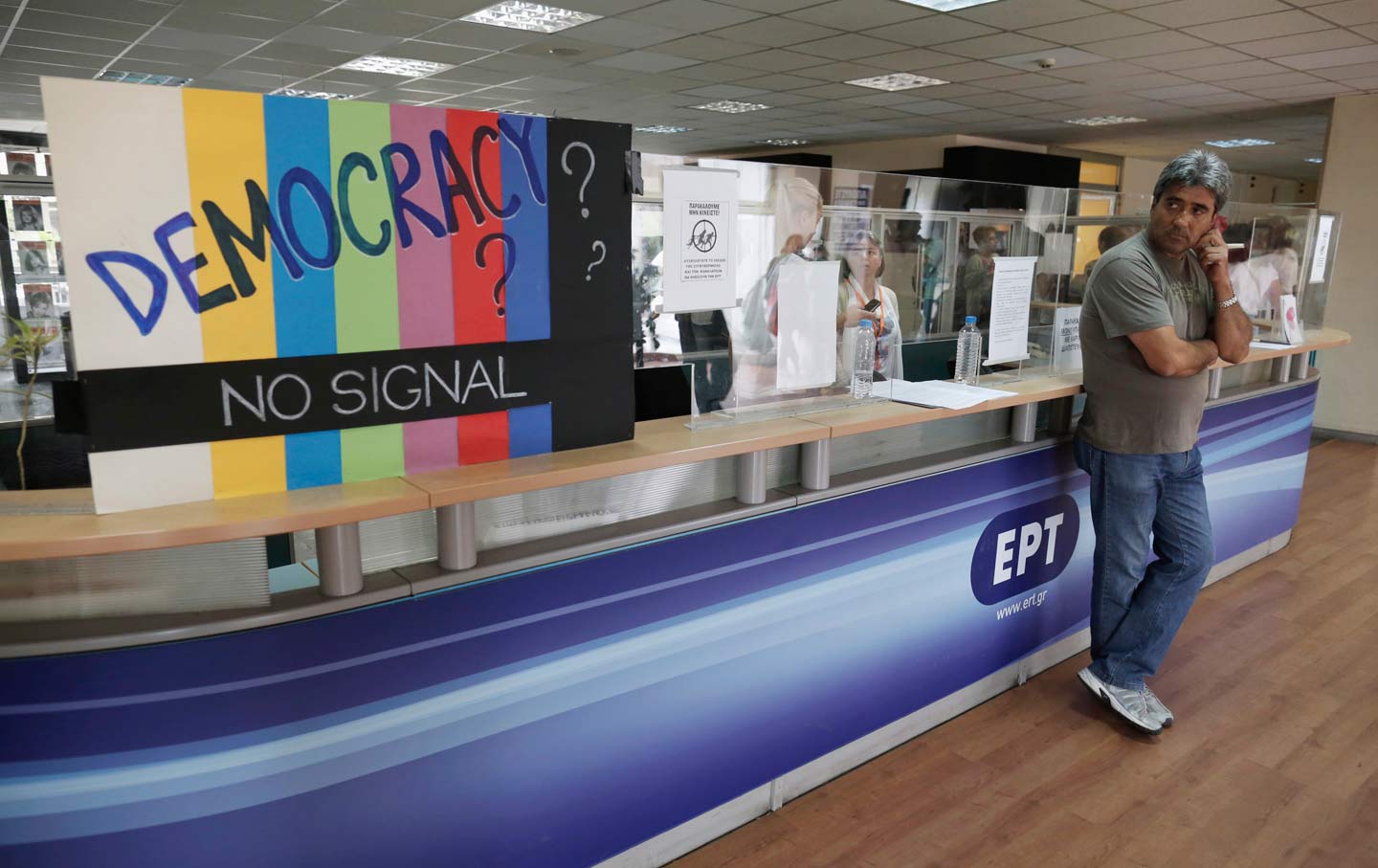 An employee stands at the reception hall in the Greek state television ERT headquarters in Athens on June 14, 2013. (Reuters / John Kolesidis)

A group of young journalists wants to change the way the world sees Greece. The creators of Athens Live started out reporting stories over Facebook and Twitter, but their new project is a high- quality online daily newspaper: “your independent on-the-ground source for stories, news, and images from Athens and throughout Greece. In English.”

Greece’s mainstream-media outlets have been widely accused of kowtowing to their owners’ corporate and political interests. In June 2013, the then-conservative-led government shut down the state broadcaster and fired its 2,600 staffers, causing the head of Reporters Without Borders to declare that “the entire [Greek] media system must be transformed.” But over the past three years, the media climate hasn’t improved. Last year, Greece dropped 50 places on the World Press Freedom Index; it now sits at 89, behind all of Western Europe and most of South America.

The team behind Athens  Live, a mix of Greek and international reporters, has launched a campaign on the crowdfunding site Indiegogo to raise money for initial operating costs, equipment, and the development of  a website. “We want to show everyone that being successful is a matter of collective will and community support, rather than corporate will and political support,” says Athens Live editor in chief Tassos Morfis. To help out, you can donate at Indiegogo.com/projects/makeathenslive.