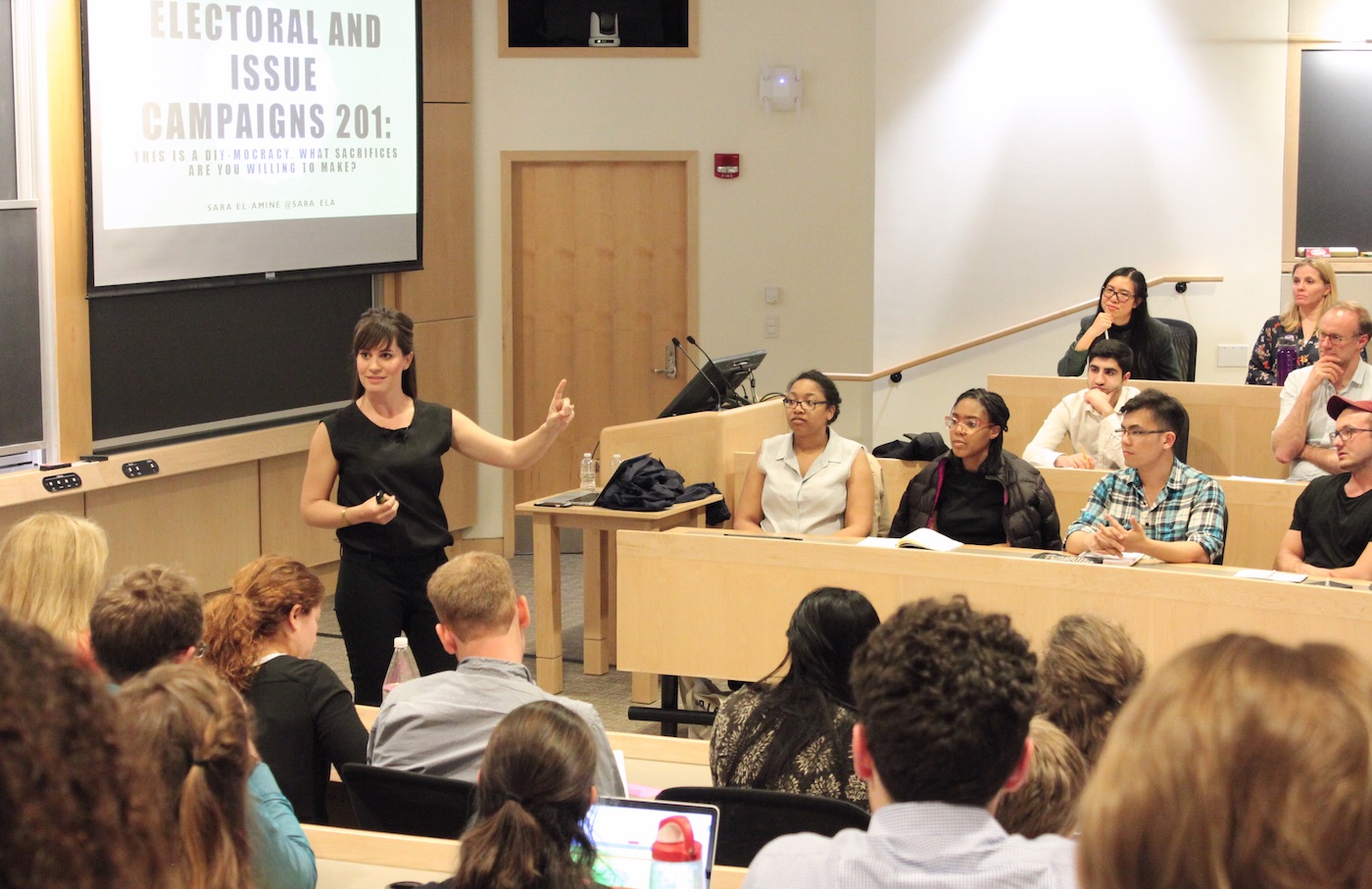 The despair that has permeated these postelection months is not an unfamiliar sensation for many people. Communities have engaged in collective struggle since the founding of our nation. The “again” that punctuates the president’s rallying cry rings hollow to those for whom America has yet to be truly great. It makes what’s been happening since November a somewhat thorny awakening.1

People who have never engaged politically are stepping out and signing up for the first time. Those with deep movement histories are contemplating new coalitions. And so the question becomes how best to channel and sustain this civic fervor.2

As a group of progressive graduate-school students from Harvard, we conceived of one piece for this elaborate mosaic of political action: Resistance School. We designed a free practical-training program for collective organizing, transmitted via live-stream from here in Cambridge. The sessions aim to help people move from communicating the values that motivate their political commitments to incrementally constructing an action plan for advocacy.3

To understand the deferral of political and social dreams, we need to tell origin stories.

The idea for Resistance School emerged from a series of late-night conversations among a small group of classmates, each of us shaped through different political and professional traditions. Our team includes former campaign staffers; community and labor organizers; advocates for human rights, campaign finance reform, and veterans’ affairs; and journalists. We came together because we were moved by the surge in political appetite across the country, and we wanted to figure out how we could best contribute without duplicating efforts.4

After all, none of this is new. The election of Trump is a manifestation of the right’s orchestrated takeover of our political system, but they are not solely to blame for his rise. In the comparatively quiet stretches between election cycles, it’s politically expedient to forget that underrepresented communities have long been fighting our nation’s injustices. This lack of historical memory is bipartisan.5

To understand the deferral of political and social dreams, we need to tell origin stories. Timothy Patrick McCarthy opened the inaugural session of Resistance School on April 5 calling for us to do just that. “The true definition of ‘radical’ is to get to the root of things,” he said. “Values reflect our roots.” A renowned educator, McCarthy specializes in politics and social movements, slavery and abolition, the art and literature of protest, media culture, and human rights. He urged Resistance School “students”—the tens of thousands of people from all 50 states who tuned in online—to do the difficult work of articulating each of their core values. “Place it in context, give it a root, give it a place to grow.” Only by learning how to communicate our values can we plausibly enact them in the world.6

That union of communication and practice was at the heart of Resistance School’s second session on Wednesday, April 12. Former Obama grassroots-movement architect Sara El-Amine centered the power of citizen activism in her training on organizing our communities for effective mobilization. She showcased the crossover skills in electoral and issue-based advocacy, underscoring their dual importance to break through the opaque processes that deny constituents equitable access to our democracy.7

El-Amine also grounded her political engagement in personal history. She recounted that even as her early career took her to the “halls of power” at the United Nations, she remained powerless to protect her own cousin from a fatal attack in Lebanon. She yearned for more direct impact, which she found as one of the first organizers for the Obama campaign back in 2007. Navigating multiple worldviews has informed her vision of persuasion as a paramount skill not just for winning elections or issue campaigns, but also for building a country that lives up to its democratic values.8

The Key to Taking Back Our Country: Fortify the Front Lines of the Resistance

The West Coast Is Leading the Resistance Against Trump

What precisely that looks like for different communities will be central to Resistance School’s next two sessions this month with Marshall Ganz, former director of organizing for the United Farm Workers, and Michael Blake, vice chair of the Democratic National Committee. Now that participants have identified the values and issues that animate their engagement, Ganz will help bring them into a common purpose and a leadership structure for sustained action. This leadership scaffolding creates the conditions for Blake’s training on coalition building. The cumulative effect is not an organizing mandate, but rather an adaptable tool kit that communities can use to articulate their own political imaginations.9

Imagination will be critical for working through the dizzying set of realities that November’s election unleashed. It lay bare the racist legacies in this country, legacies we repeatedly refuse to reckon with. It reminded us that we tend to think about political transformation only at moments of crisis, rather than as a continuous democratic calling. And it has forced us to confront the nefarious special interests that have operated in the shadows since long before Trump. But it has also presented an immense opportunity for community-driven learning and progress. This is an opportunity that we must rise to meet. Through Resistance School, we hope to help communities harness their collective power and convert this political renewal into enduring change.10